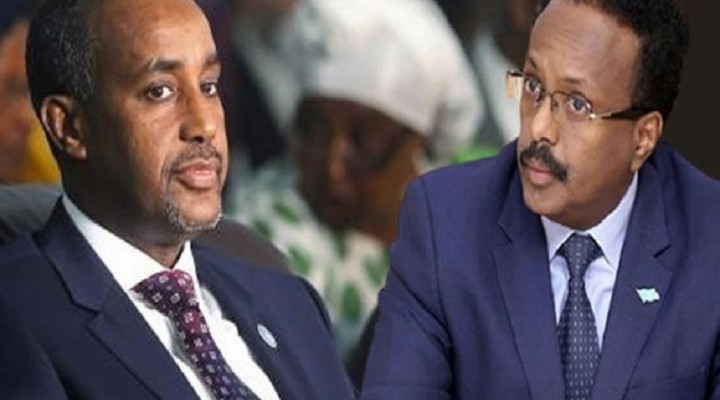 Exclusive– The US condemned Somali President Mohamed Abdullahi Mohamed (popularly known as Farmaajo) for suspending Prime Minister Mohammed Hussein Roble due to corruption allegations and threatened “to act against those who obstruct Somalia’s path to peace.” These developments come amid the prolongation of previously delayed elections and were preceded by other domestic political disputes earlier in the year. While Somalia’s issues are internal and somewhat the organic evolution of preexisting tensions there, they’re undoubtedly being exacerbated through American meddling.

Even though the Prime Minister accused the President of a “coup”, it was actually he himself who’s arguably attempting a coup against the President after demanding that the security forces take orders from him instead. The US also said that it supports what he’s presenting as his efforts for quick and credible elections. This amounts to America taking a partisan side in a foreign domestic political dispute for the purpose of shifting the balance of power in that country and perhaps also the Horn of Africa region more broadly.

To explain, the US-led West’s Hybrid War on Ethiopia failed to overthrow that country’s democratically elected and legitimate government through their TPLF terrorist proxies. That group has now been contained to its native Tigray Region after the Ethiopian National Defense Forces (ENDF) wisely decided to halt their advance for the time being in order to avoid the false flag “genocide” trap that was being set for them. This represents a reversal of the strategic dynamics from just a little under two months ago when the TPLF threatened to take over the capital. In response, the US is escalating tensions in Somalia.

The reason for this is that the destabilization of Somalia could have a spillover effect into Ethiopia’s eastern Somali Region, especially if they embolden Al Shabaab terrorists. The US-led West realized that their plot to provoke instability in Ethiopia as punishment for its balanced foreign policy between the US and China in the New Cold War has reached its limits following recent on-the-ground events there. Their fallback plan is evidently to meddle in neighboring countries, both due to self-interested motives connected to their domestic politics but also to complicate Ethiopia’s regional security situation.

President Farmaajo has increasingly flexed his political independence during his tenure, which sets him apart from his predecessors. He’s also strengthened the Somali-Turkish Strategic Partnership, particularly in its military dimension that’s helped the national forces contain local Al Shabaab terrorist threats. Crucially, this includes Turkish drone sales to Somalia and continued training of its national forces. Turkey’s anti-terrorist experiences in its eastern region, northern Syria, and Libya are being shared with its Somali partners in order to improve their relevant capabilities against Al Shabaab.

From an American grand strategic standpoint, this is absolutely unacceptable since it threatens to remove the US’ potential option of indirectly corralling that terrorist group in whichever direction it desires, whether throughout various parts of Somalia or perhaps even into parts of Ethiopia. The US has been accused of employing this nefarious stratagem in Syria and Afghanistan following Damascus’, Tehran’s, and Moscow’s claims to that effect (all three of which have said that about its activities in the Arab Republic while Russia was the only one of them that’s accused it of that in Afghanistan).

Those who sympathize with the US-influenced Western Mainstream Media narrative about global events would likely dismiss those claims as so-called “fake news”, but there’s a certain strategic logic inherent to this unprincipled position since it’s a very cost-effective and plausible deniable way for the US to retain its fading unipolar hegemony in those regions through Hybrid War proxy means. It therefore follows that the interpretation of recent events that’s postulated in the present post shouldn’t blindly be discounted for ideological reasons connected to one’s possible sympathy of the US.

There’s no denying that the US is actively meddling in yet another Horn of Africa country’s domestic political affairs by actively backing one particular side in a dispute, this time the one that’s trying to undermine Somalia’s President and has even gone as far as demanding that the security services take orders from him in order to carry out his regime change plans. This is an internal Somali affair that must be resolved by the Somalis themselves, not by foreign forces supporting those that are attempting to seize power from its internationally recognized government during these very sensitive times.

The best-case scenario is that this is settled peacefully without any bloodshed, security destabilization, or foreign-imposed sanctions, but observers shouldn’t get their hopes up about that outcome considering that the US has decided to actively meddle in this issue. Washington isn’t doing this due to any sincere support for “democracy”, “human rights”, or “justice” – the same false basis upon which it supports the terrorist-designated TPLF’s collective punishment against Ethiopians – but for purely strategic reasons related to its rivalry with Turkey there and desire to destabilize Ethiopia’s periphery.