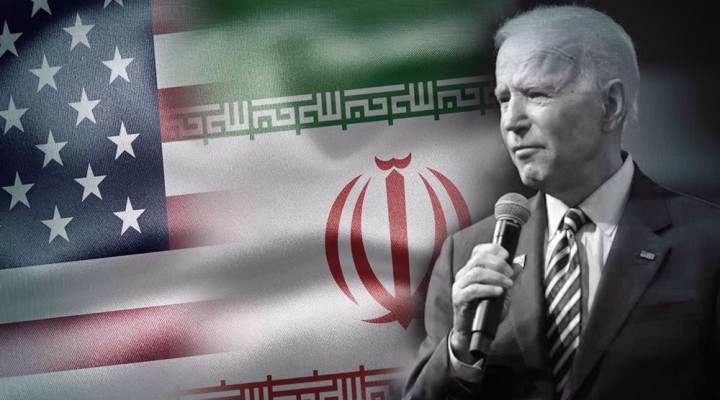 US President Joe Biden has failed to honor his pledge of reversing the hard-nosed policies of his predecessor by maintaining cruel sanctions on Iran, Brussels-based journalist and political analyst Elijah Magnier says.

In an interview with Press TV, Magnier said Biden made pretentious claims of “making the world a better place” during his campaign trail but he has kept the Trump-era sanctions on Iran in place and “done nothing” to alleviate the suffering of the Iranian people.

“Americans think of themselves as being clever, as if others don’t understand their games,” the commentator said, accusing the US government of “buying time” with Iran.

Referring to the ongoing talks between Iran and other co-signatories of the Joint Comprehensive Plan of Action (JCPOA) in the Austrian capital Vienna, he said the US has insisted on removing only the JCPOA-related sanctions, while disregarding thousand-plus sanctions imposed since 2018.

The sixth round of talks is currently underway in Vienna, with no conclusive outcome in sight yet. Iran has asked the US to take “tough decisions” for the talks to make headway.

Magnier accused the Biden administration of playing a waiting game to force Iran to come to the negotiating table on “terms and conditions set by it”.

Describing the ongoing negotiations to revive the JCPOA as a “waste of time”, Magnier called out the deceitfulness of the US administration in not removing the crippling sanctions on Iran, especially those affecting the medical supplies and the country’s frozen assets abroad.

He also drew parallels between the former and current rulers in the US, saying they may come across as different individuals with contrasting behaviors, but the “policy remains the same”.

“Presidents change in the US but their policy of global hegemony remains the same,” the analyst asserted, saying that it has been the US policy “for decades.”

On the “blatant hypocrisy” of the Western powers who falsely accuse Iran of producing nuclear weapons, Magnier said Iran’s position has always been consistent with regards to its nuclear program.

He said Iran must “show its determination” to go beyond the 60 percent uranium enrichment in order to force the US to remove its sanctions, adding the Islamic Republic should comply with the JCPOA only if the US reciprocates in letter and spirit.

The commentator said Iran’s role in the region has been “to support populations and its allies”, unlike the US policy of imposing its writ, humiliating regional rulers and having military bases everywhere.

0 thoughts on “Analyst: US presidents change but their global hegemony remains same”