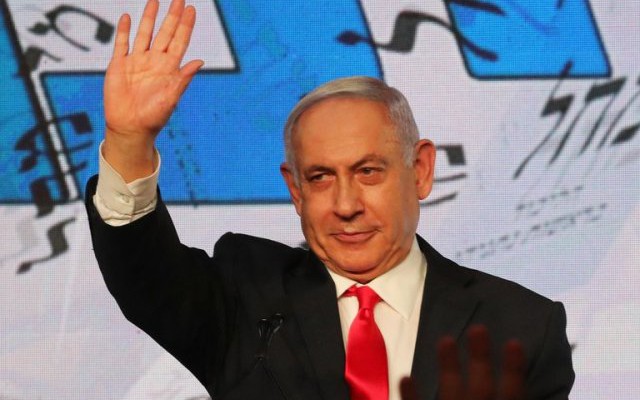 Whether Netanyahu survives or not, the Arabs emerged as the biggest losers

It may be too early to tell what will follow from Israel’s latest general elections and how its political system will be affected. But several points stand out from the deluge of analysis and opinion about the subject that may help predict what the future holds, both for Israel and the Arabs.

First: The failure of Israel’s ‘democracy’ and political system, for the fourth time in two years, to produce a stable government capable of leading the country during what politicians describe as existentially threatening times for the Zionist state.

Second: Israeli society and political elites are increasingly divided and fragmented, while continuing as a whole to move inexorably to the right. The only remaining ‘common ground’ shared by political leaders and their bases is anti-Arab racism and discrimination and rejection of equality or coexistence with the Arab fifth of the population.

Third: Israel’s 1.5 million Arab citizens emerged as the biggest losers in this election. Netanyahu’s scheming and the collusion of the Palestinian Authority succeeded in splitting their ranks, as did personal rivalries between leading figures in the Joint Arab List. Its 15 Knesset seats were thereby reduced to eight, with many of its supporters staying home in protest and not voting.

Fourth: Jews of Moroccan origin played a major role in securing a high proportion of Knesset seats for extreme right-wing parties and boosting Netanyahu’s chances of remaining in power and evading jail. The majority support expanding settlement, expelling the Palestinians, annexing the West Bank and pulverising the Gaza Strip.

Fifth: The Southern Branch of the Islamic Movement led by erstwhile Islamist Mansour Abbas played a major role in dividing Palestinian ranks and splitting the Joint Arab List. It promoted assimilation with the racist Israeli state that does not recognise Arabs as real citizens, especially after the passing of the Jewish Nation- State Law that designates occupied Palestine as a state for Jews only. It would be an even worse disgrace were this faction to play the role of kingmaker and use its seats to support the Likud and secure a vote of confidence for Netanyahu.

Sixth: The ‘Abraham Accords’ Netanyahu signed with great fanfare with the UAE, Morocco, Bahrain and Sudan, and his entente with Saudi Arabia and meeting with its crown prince at Neom, played very little role in the elections. The same can be said of the Palestinian question and the collapse of peace negotiations. Observers concur that the main reason the Likud managed to win 52 Knesset seats was Netanyahu’s success in obtaining enough coronavirus vaccine to vaccinate most of the Israeli population. The Arabs have largely become a non-issue for Israeli Jewish voters — whether they normalise or negotiate or not — with very limited impact on Israeli politics.

Seventh: The Israeli hard right benefited from the playing up of the Iranian ‘threat’, the failure of the war on Syria, the fall of Donald Trump, and the growing challenge posed by China and Russia to US global dominance. All these factors strengthened the appeal of a perceived strongman like Netanyahu and his party to confront these perils.

Israel is weak, divided and worried, under a devious and duplicitous prime minister who is a professional liar and seller of illusions and is accused of corruption and fraud. But the Arab side – other than the resistance axis – is even weaker and more divided, especially after the US’ Arab allies destroyed principal Arab bastions like Syria, Iraq, Yemen and Libya.

We do not know how developments will unfold in Israeli domestic politics, or whether Netanyahu — whose enemies united against him to no avail so far – will survive and form a right-wing government, or fail again and take Israel to a fifth election in September.

What we do know is that these elections have exposed some Arabs and their weakness and disunity: both in the region and inside Palestine. They also exposed the opportunism of some pseudo-Islamist movements: Morocco’s Justice and Development Party, which signed the normalisation agreement with Israel, now has a counterpart in occupied Palestine.

Netanyahu’s political trickery may secure election victory, but to the detriment of Israeli democracy

0 thoughts on “Pointers from the Israeli elections”