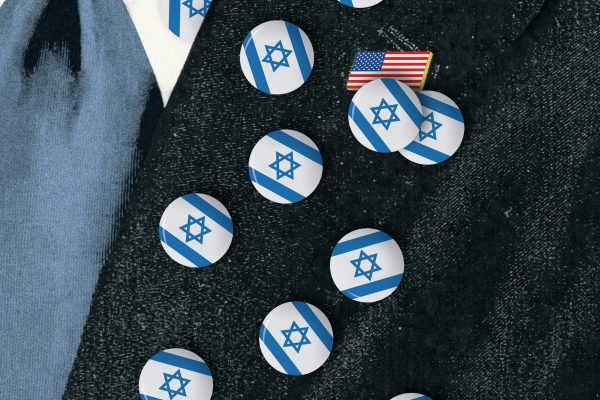 My article last week that made some suggestions about what ordinary Americans can do to put pressure on Israel and on the lopsided bilateral relationship with Washington that has done so much damage to the United States proved to be quite popular. It also resulted in some comments by readers who saw other issues that might be considered pressure points that could be exploited to bring about change or at least to mitigate some of the damage.

Two areas that were mentioned a number of times were the possibility of recusing the most strident Israeli partisans from some discussions on Middle East policy and also refusing to issue security clearances to American government employees and politicians who are “dual national” citizens, which raises the issue of dual loyalty. Recusal is defined as removing oneself from participation to avoid a conflict of interest due to lack of impartiality while refusing to issue clearances would completely block dual national Israeli and other foreign citizens from having high level positions in the U.S. government.

Some would argue that recusal is an excessive punishment that will limit debate on a key foreign policy issue. It will also inevitably be perceived by the usual suspects as anti-Semitic since the only ones who would be excluded would be some Zionists, but they miss the point, which is that the current system does not in any way permit the review of a range of points of view on the Middle East since it is monopolized by Jews and friends of Israel. And there is a precedent. Not so long ago the U.S. State Department had an informal policy that discouraged the selection of Jewish ambassadors for Israel. The intent was to prevent any conflicts of interest and also to protect the ambassadors from inappropriate pressure. There also existed a cadre of so-called Arabists who dealt with issues in the Middle East alongside Jewish officers in the State Department. In the 1950s and 1960s a concerted effort was made by Jewish organizations and Congress to weed out the Arabists and currently nearly all the working level handling of policy formulation for that region is being done by Jews.

One might assume reasonably that the concentration of decision making in the hands of a partisan group, whether Arabists or Zionists, would inevitably not be in the U.S. national interest, and so it has proven if one looks at the shambles in the arc from Afghanistan over to Lebanon.

The following description of how the process actually works comes from Ben Rhodes, who is himself half-Jewish, and it describes the decision making on the Middle East during the administration of President Barack Obama where Rhodes served as Deputy National Security Advisor. During his time in office he observed how same 10 to 20 individuals who invariably took the position of the Israeli government were in on discussions of Middle East policy but if anyone in the White House paid attention to Arab-American or peace groups, they could “get in trouble.”

Rhodes observed that “You meet more with outside, organized constituency groups on Israel than any other foreign policy issue. I’d actually go as far to say that… as a senior White House official working on national security… the number of people you meet from the organized pro Israel community equals all the other meetings that you might do with kind of diaspora or constituency groups on all the other issues. It’s that degree of dwarfing. I’m pretty confident that’s consistent across [presidential] administrations…

“You just have this incredibly organized pro-Israel community that is very accustomed to having access in the White House, in Congress, at the State Department. It’s taken for granted, as given, that that’s the way things are going to be done… I remember looking around the situation room on a meeting on the Israel Palestine issue and every single one of us in the meeting was Jewish or of Jewish origin like me…”

The United States has many interests in the Near East, but if every move is seen through the optic of Israel the inevitable results will not be beneficial to Americans. So, if recusal, either voluntary or forced, is employed to obtain a better mix of opinion on policy options it can only beneficial. And it will also ipso facto loosen the overweening influence that successive Israeli governments have exercised over U.S. presidents and Congress.

Preventing individuals holding two passports from obtaining sensitive government jobs would also be a highly desirable step but it will be hard to execute in practice as the Israeli government does not make available lists of American citizens who have also taken up Israeli citizenship. Holding two passports was, in fact, illegal in the United States up until 1964. New citizens were required to turn in old passports and swear loyalty to the United States. Retention of former citizenship could be punished by the loss of the American citizenship.

Numerous online lists of dual Israeli-Americans in government circulate on the internet, but it is clear from the content that most of the compilations are speculative. Senate Majority Leader Chuck Schumer describes himself as the “shomer” or protector of Israel in the Senate and appears on such lists. So too does former Congressman Tom Lantos, described as holocaust survivor and very active in his support of Israel. And then there is former Senator Frank Lautenberg was often described as the “Senator from Israel” and Senator Arlen Specter from Pennsylvania who tried to cover up the Jewish source of the enriched uranium that Israel stole to construct its nuclear weapon.

Protecting Israel sometimes includes bending the rules. Lautenberg, for example, was responsible for the “Lautenberg amendment” of 1990 which brought many thousands of Russian Jews into the United States as refugees, even though they were not in any danger and were therefore ineligible for that status. As refugees, they received significant taxpayer provided housing, subsistence and educational benefits.

One might also include Rahm Emanuel, former White House Chief of Staff and mayor of Chicago, who reportedly served as a volunteer in the Israeli Army, and Doug Feith, who caused so much mischief from his perch at the Pentagon in the lead-up to the Iraq War. Feith had a law office in Jerusalem, suggesting that he might have obtained Israeli citizenship. Obama Ambassador to Israel Daniel Shapiro chose to live in Israel after his term in office ended and wound up working for an Israeli national security think tank. He quite likely obtained Israeli citizenship and never registered under the Foreign Agents Registration Act, as required by law. Both he and Emanuel are reportedly being considered by President Biden for major ambassadorial assignments.

But in reality, few in Congress and in the federal government bureaucracy are likely to have actual Israeli citizenship even if they regularly exhibit what amounts to “dual loyalty” sympathy for the Jewish state. Nevertheless, Jews who are Zionists are vastly overrepresented in all government agencies that have anything at all to do with the Middle East.

That said, there was one individual dual national who truly stood out when it came to serving Israeli interests from inside the United States government. She might be worthy of the nickname “Queen of Sanctions” because she was the Department of the Treasury’s Under Secretary for Terrorism and Financial Intelligence (OTFI), who handed the punishment out and had her hand on the throttle to crank the pain up. She is our own, unfortunately, and also Israel’s own Sigal Pearl Mandelker, and it is wonderful to be able to say that she finally resigned in late 2019!

Mandelker was born in Israel and largely educated in the United States. She is predictably a lawyer. She has never stated how many citizenships she holds while repeated inquiries as to whether she retains her Israeli citizenship have been ignored by the Treasury Department. It is not clear how she managed to obtain a security clearance given her evident affinity to a foreign country. The position that she held until October 2019 was created in 2004 by George W. Bush and is something of a “no Gentiles need apply” fiefdom. Its officials travel regularly on the taxpayer’s dime to Israel for consultations and also collaborate with pro-Israel organizations like the American Israel Public Affairs Committee (AIPAC), the Washington Institute for Near East Policy (WINEP) and the Foundation for the Defense of Democracies (FDD). Mandelker’s predecessor was Adam Szubin and he was preceded by David Cohen and, before that, by the office’s founder Stuart Levey, who is currently Group Legal Manager and Group Managing Director for global bank HSBC. Since its creation, OFTI has not surprisingly focused on what might be described as Israel’s enemies, most notably among them being Iran.

During her time in office, Mandelker, who predictably claims to be the child of “holocaust survivors,” was clear about her role, citing her personal and business relationship with “our great partner, Israel.” Referring to her office’s imposed sanctions on Iran, she has said that “Bad actors need money to do bad things. That is why we have this massive sanctions regime … Every time we apply that pressure, that crunch on them, we deny them the ability to get that kind of revenue, we make the world a safer place.”

So the answer is pretty clearly that there are Israelis and/or dual nationals working for the federal government and possibly also ensconced in the Congress. Refusing them clearances so they would not wind up in policy making jobs would be a good step forward, particularly if it is combined with recusal from policy planning for obvious partisan representatives of organizations dedicated to protecting Israel.

As a final observation, one might only suggest that three additional bastions of “Israel-first” think that need to be assailed to permit any rational discussion of an appropriate U.S. role in the Middle East. They are the deeply flawed accepted holocaust narrative, which is used to grant Israelis and Jews special exemption due to their status as perpetual victims; the cynical use of the label anti-Semitism to silence critics; and the still undisclosed role of Israel in 9/11, which has never been adequately addressed. For more information, I would refer the reader to Norman Finkelstein’s The Holocaust Industry, Ron Unz’s American Pravda piece on Mossad Assassinations and Justin Raimondo’s book on 9/11 The Terror Enigma. They are all major areas of inquiry on which some new information has developed and are worthy of separate articles in the future.

0 thoughts on “More Suggestions for Dealing with Israel”