HOME / Exclusive Subjects / Should Iran Be Worried About Russia’s Coordination With “Israel” & The US In Syria? 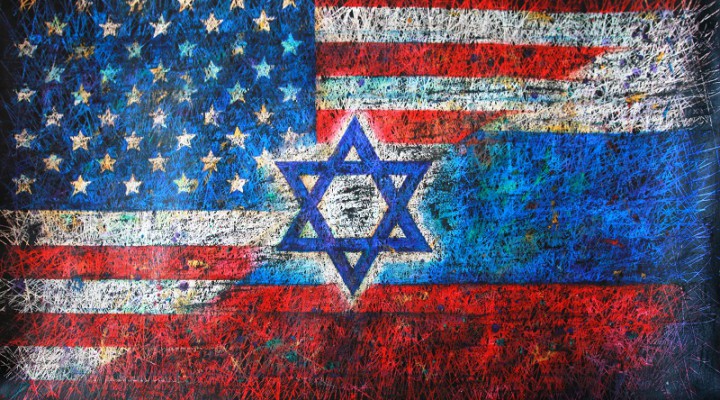 Exclusive- Recent events very strongly suggest that Russia might be coordinating with “Israel” and the US in Syria in order to “passively facilitate” Iran’s forced withdrawal from the Arab Republic.

Russian-Iranian ties are excellent on the bilateral level but arguably marred by suspicion in Syria due to their differing visions of their shared ally’s post-war future. I provocatively wondered aloud late last month “Why Isn’t Alt-Media Asking About The S-300s After Biden’s Latest Syria Strike?”, during which time I shared a collection of my fifteen most relevant analyses over the past few years in order to back up my claim that Russia might be coordinating with “Israel” and the US in Syria in order to “passively facilitate” Iran’s forced withdrawal from the Arab Republic. That article and all of the cited pieces within it should be reviewed by the reader if they aren’t already familiar with them so that they can better understand my line of thought towards this very sensitive topic. I then published a follow-up piece titled “Top Indian News Site Exposed For Fake News About Russia, Syria, And ‘Israel’”, which debunked a viral disinformation narrative that wildly circulated earlier that month falsely claiming that the Russian Special Envoy to Syria threatened to shoot down “Israeli” jets even in international airspace the next time that the self-professed “Jewish State” bombs Syria.

Regrettably, an RT contributor didn’t come across my fact-checking piece in time otherwise they probably wouldn’t have published their factually inaccurate article about how “Continued Israeli Airstrikes On Syria Are Testing Moscow’s Patience, Jerusalem Would Do Well Not To Poke The Russian Bear”. The contributor in question fell for the earlier debunked viral disinformation narrative and even hyperlinked to another site that partially republished the original fake news report when citing what they wrongly believed was Russia’s “official statement” in the matter warning that it’ll shoot down “Israeli” jets. In the interests of professional integrity, I published a response to this on my Facebook wall in order to inform my audience that RT’s article was influenced by fake news, as surprising as that may sound consider the outlet’s otherwise stellar reputation. I concluded by writing that “I also sincerely hope that everyone in the Alt-Media Community uses this scandal as an opportunity to learn more about the reality of Russian-‘Israeli’ relations so that they don’t fall for obviously inaccurate misinterpretations such as this one the next time that they come across them.”

Lo and behold, my analysis was vindicated as expected by the latest “Israeli” bombing of Syria on Tuesday night. Russia once again didn’t allow Syria to use the S-300s to shoot down the attacking jets, nor did the Eurasian Great Power itself directly intervene to down them either contrary to the false expectations that many in the Alt-Media Community had as a result of last month’s viral fake news about this topic and RT’s associated article that was regrettably influenced by the former. Interestingly, this attack happened shortly after Hezbollah representatives met with Russian Foreign Minister Lavrov in Moscow just a day before the “Israeli” Foreign Minister visited the same city to hold similar talks with the same diplomat. Russia’s Nezavisimaya Gazeta reported earlier that day that “experts believe that it was crucial for the party’s members to find out whether Moscow’s position regarding Syrian President Bashar al-Assad had changed.” Regardless of whatever Russia told those Resistance representatives, it sent what can likely be interpreted as a not-so-subtle signal by once again standing back and not reacting when “Israel” bombed Syria later that same night after their meeting.

The day after on Wednesday (which is also when the “Israeli” Foreign Minister visited Moscow), Al-Masdar News reported on an interview that Russian Defense Minister Shoigu gave to the Kazakhstani agency Tengrinews which was released on the same day. According to them, he said that “I will not hide to you that today in Syria, at the operational and tactical level, we have very close contacts with American colleagues. This may be a secret, and I reveal it: There are many contacts, many times a day, in the administration of the airspace, the implementation of measures in the air to combat terrorism.” The public disclosure of this self-professed “secret” (which really wasn’t so “secret” at all to those who closely follow Russia’s activities in Syria) at such a time very strongly suggests that Russia wants to send the signal that it might be coordinating with “Israel” and the US to “passively facilitate” Iran’s forcible withdrawal from the Arab Republic. After all, the Eurasian Great Power never does anything to stop their strikes against the IRGC and its allies there, nor does it ever allow Syria to use the S-300s to defend them either.

Quite tellingly, “Israel” bombed Syria just hours before the interview was published and shortly after Hezbollah’s representatives concluded their meeting with Lavrov that Nezavisimaya Gazeta reported was partially driven by their desire to assess Russia’s true stance towards President Assad (which also indirectly concerns their and their Iranian allies’ post-war future in the Arab Republic). It’s unclear exactly what Moscow’s position towards the Syrian leader’s political future is, but it’s worthwhile to point out that a program on publicly financed RT Arabic scandalously claimed that secret talks are ongoing between Damascus and Tel Aviv over a potential peace treaty. The show also claimed that an “Israeli” rabbi might soon be invited to Syria, too. Publicly financed Syrian international media outlet SANA cited “a media source” condemning those reports as “no more than media and political fabrications” in a rare sign of public disagreement between Damascus and Moscow. Earlier, the influential head of the Aleppo Chamber of Industry Fares Shehabi tweeted late last month after “Israel’s” prior attack on his country how disappointed he is that Russia doesn’t ever stop such strikes.

Altogether, Iran certainly has legitimate reasons to be worried about Russia’s coordination with “Israel” and the US in Syria. The Eurasian Great Power seems to at the very least be “passively facilitating” their efforts to force Iran and its Hezbollah allies into withdrawing from the Arab Republic. Of additional relevance is the surprise scandal that erupted between Damascus and Moscow just a month or so before Syria’s upcoming presidential elections (the date of which has yet to be announced but will fall sometime between mid-April and mid-May) after an RT Arabic program claimed that Syria is in secret talks with “Israel”. SANA condemned those reports as fake news, yet observers are left wondering why RT – which is usually very reliable and trustworthy – would share such false information about its state patron’s regional ally, especially during such a sensitive time as the run-up to its next elections. One can only speculate about what might really be going on behind the scenes, but it surely doesn’t concern Russia playing “5D chess” against “Israel” and the US like some mistakenly believed. Rather, Iran arguably seems to be Russia’s true “5D chess opponent” in Syria, and perhaps always has been.

4 thoughts on “Should Iran Be Worried About Russia’s Coordination With “Israel” & The US In Syria?”