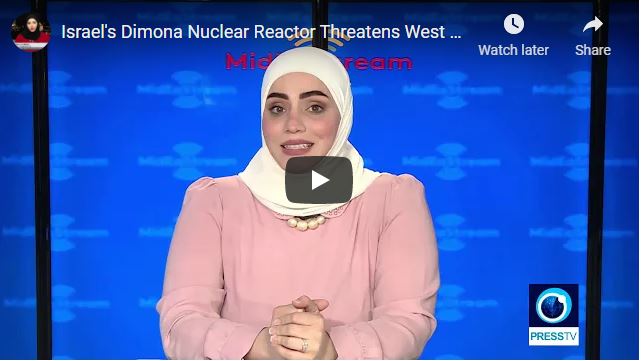 Israel’s top-secret nuclear research facility near the southern city of Dimona is undergoing a major expansion. To this day, Israel has never acknowledged that it has a nuclear arsenal, instead maintaining a policy of “nuclear ambiguity”, while western governments have played along with the policy of “opacity” by avoiding all mention of the issue. To discuss this issue with us from Cork is Gregory Casey, political commentator.

Israel is considered the fifth nuclear power in the world. In addition to owning nuclear bombs that can be dropped from the air, its nuclear arsenal includes also nuclear warheads that can reach a distance of 1,500 kilometers, using the Israeli-made “Jericho” missiles. Estimations show that Israel is in possession of at least 200 nuclear bombs, but other sources indicate that Israel own massive quantities of Uranium and Plutonium that enables it of producing an additional 100 bombs. To discuss this issue with us from Ramallah is Dr. Nemr Saad academic at Birzeit university.