HOME / WORLD / Has Israel Been Out-foxed? 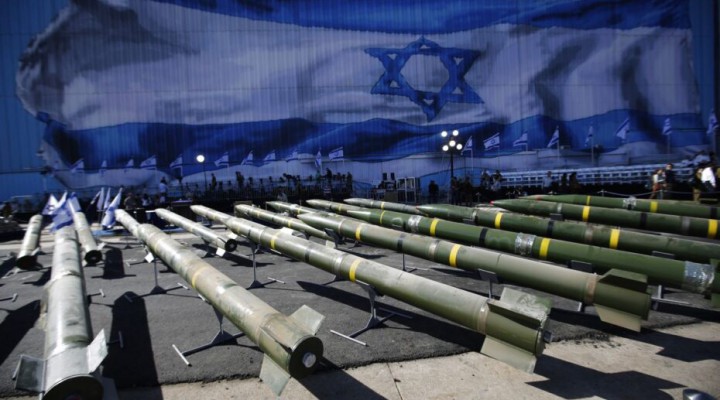 Reactivating the JCPOA has drawn some unexpected advocates – top Israeli security officials wanting to pull Iran back into the JCPOA.

A top Russian official, last weekend, said something which pinpoints the times we are living today. It may seem a throwaway remark, but behind it, just out of sight, lies something profound. He said that the JCPOA, (for very many, and not just for Iran), had become the prime symbol of how the rules-based global order is used precisely to squeeze-out a peoples’ sovereignty and autonomy – and to Gulliverise them into its Siamese twin, the rules-based monetary order.

At first brush, such a comment might seem a bit exaggerated, even hostile – for surely the intent to prevent proliferation of nuclear weapons by the U.S. is a laudable aim?

Ostensibly that may be seem the objective (and one shared by Russia). But it is also true that the JCPOA methodology fits to a particular pattern: Unilaterally declare a certain vision, together with its values, to be Universal, then lay down the ‘rules-of-the-road’ to this universal. These rules will not necessarily comport with international law, but then, in line with Carl Schmitt’s infamous phrase, “Sovereign is he who decides the exception (to law)”, and since universality takes itself to be a distinct cut-above backward, nationalist civilisations, in that measure alone, it claims exceptionality. And the rules-based ‘order’, on this reckoning, must supersede and supplant ‘law’.

In the case of Iran, the superimposed ‘universal’ rules-of-the road were intended to supplant Iran’s NPT legal rights: to walk-back the Revolutionary impulse in Iran; drain its residue of radicalism through the drudgery of complying with tedious JCPOA rules; and ultimately force Iran’s assimilation into the global monetary governance too.

Ok, nothing new – standard western procedure. Yet, those comments on how the JCPOA has become the icon on how to leach sovereignty from the blood of a nation speaks to a bigger shift affecting both Russia and Iran. They speak to a conversation in much of the world almost unimaginable within DC Beltway discourse.

Even five years ago, many in Russia believed that the state should at least have one ‘feeler’ dipped in the living waters of western ‘can do’ dynamism. This was required (even at some cost to Russian sovereignty), because of western technology, finance and know-how. Then came Putin’s 2007 speech at the Munich Security Conference – a key inflection point. ‘Russia is under attack from the West. We accept the challenge, and will prevail over it’.

Russia’s 2007 insight was that the waters of the western spring-well of dynamism were becoming stagnant. In Davos last month, Putin suggested that the well-water was not just stagnant, but now contaminated. The western project had become stultified by the rigging of the entire system to the benefit of the 0.1%.

The EU as an entity is cut from the same ‘universalist rules-of-the road’ cloth as the progenitor U.S. project (though marketed, in this instance, as European universal commons). But European waters similarly stagnate. The Russian leadership understood that Greater Europe will never ‘be’. More importantly, Russia has found that it can muster the cultural ‘energy’, from within its own resources, to innovate and develop the Russian nation.

Many Iranians have come to similar conclusion about Iran. When once most – maybe 80% – of Iranians would have wanted a feeler dipped into the well of western technical dynamism, today few want it. The danger to their own society of too close contact with stagnant water is obvious. Like Russia, they are focussed on finding the inner energy from within their own resources and utilising the assets available to them. And discovering that those assets may be as present in Asia, as they once were in Europe.

This is the ‘other’ conversation. Apart from the noisy narratives emanating out from the Beltway closed circuit on Iran, this alternative discussion – and Putin’s careful framing of it – is ‘out there’, widely dissected in much of the world. But it will not be heard in Washington. Biden in his Munich presentation, painted Russia as some sort of voodoo figure, uttering incantations damaging to the U.S. It was intended to imply that any person criticising America along similar lines, must therefore be a Russian agent – a traitor. Russia has become the voodoo doll to be held aloft, to frighten the American public, and to discipline public discourse.

How is it, with Iran at the very cusp, like Russia, of a possible de-coupling from Europe, that reactivating the JCPOA has drawn some unexpected advocates – current and former top Israeli security officials wanting to pull Iran back into the JCPOA.

What is going on? A rebellion against Netanyahu’s forever maximum-pressure line? Even more interesting is that a number of these top Israeli security officials are arguing for a ‘vanilla’ return to JCPOA (i.e. no “playing across the entire field”) – as Ben Caspit explains, “a team of particularly senior [Israeli] experts has concluded that contrary to the position of most top members of the Netanyahu-Gantz government, the agreement with Iran should not include Tehran’s missile program or its regional activities” [emphasis added].

Is this the ultimate paradox? At the very moment when Iranian scepticism threatens to prevail, Israeli scepticism should wane? Maybe they will walk past each other, without meeting, and nothing will result.

These former senior Israeli officials are now suggesting that the JCPOA was not really so bad, after all: “When the [JCPOA] deal arrived”, explains former Israeli Northern Command Maj. Gen. (res.) Yair Golan now, “we held a discussion with all the officials and said to ourselves that if Iran complied with it, it would be an amazing achievement”.

Or, maybe it is about the ‘dark secret’ that no one wants to discuss publicly – namely, that Israel has been out-foxed. Whilst all the world has been obsessing about the ‘Big One’ (the nuclear weapon prospect), and whether or not, Trump’s max-pressure would induce compliance with JCPOA, Iran has been preparing – not the Big One – but lots and lots of ‘Little Ones’.

Israel is now surrounded by thousands of earth-hugging, smart cruise missiles, and swarm-capable, attack drones. The nuclear weapon was always a red-herring (the Middle East being too small and dense for nukes to make any sense). The edge of war, on whose borders Netanyahu loves to dance, is just too grave a risk – possibly – for these Israeli former security officials to contemplate any further.

They know (unlike Blinken it would seem), that Iran will never put its missiles on any negotiating table. Perhaps these Israeli security leaders are realists – and see a ‘vanilla’ return as the only way ahead. They are probably right on that.

But why advocate an Iranian return to the JCPOA? Well, Iran’s and America’s full return to JCPOA might lead to the emergence of a Gulf security architecture that includes Iran (but not Israel – obviously). And that this architecture might facilitate Iran’s smart missile deterrence receding further into the background.

Might this be a path for Israel to de-escalate with Iran – to walk back from Netanyahu’s dangerous war brinkmanship? Maybe.

But would the doctrinaire U.S. hawks ever concur? They still long for Revolutionary Iran somehow to be given its come-uppance. And will Iranians ever again trust Washington? (Probably not.)

0 thoughts on “Has Israel Been Out-foxed?”