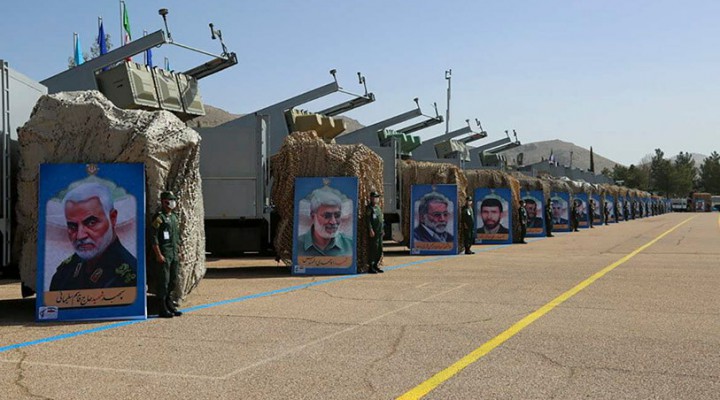 Israel targeted twelve Iranian tankers and ships, including several carrying oil to Syria, damaging them although not preventing their route and delivery of their cargo in most cases. What is Israel trying to do? And would Tehran respond? If so, how?

The Indian security services accused Iran of being behind the explosion that caused no victims and took place near the Israeli embassy in New Delhi last January. A “handwritten message” was found on the scene, claiming responsibility for the explosion in response to the assassination of Major General Qassem Soleimani and the Iranian scientist Mohsen Fakhrizadeh.

Israel also announced that it had sent a security delegation to Dubai to examine the Israeli ship “Helios Ray” that suffered several holes in its hull caused by a marine mine that was magnetically attached to it while sailing from Dammam to Singapore on February 26. Israel accused the Iranian forces of being behind the explosion that caused no casualties. Tehran has denied any responsibility for the incident.

Israel has repeatedly attacked Iran in Syria since 2018, with over a thousand raids claimed by Tel Aviv through its military and political leaders. Moreover, last week, Israel announced that it had targeted at least twelve Iranian tankers and a ship carrying cargo and sailing in Mediterranean waters towards Syria since 2019. Prime Minister Benjamin Netanyahu has said that he will strike Iran anywhere.

However, Israel’s attacks in international waters are dangerous because Prime Minister Benjamin Netanyahu has put himself on a path that is difficult to sustain. Iran experienced tanker wars and seized many ships as it did a British ship in retaliation for London seizing an Iranian oil tanker in the Straits of Gibraltar. At the beginning of this year, Iran stopped a Korean ship sailing in the Straits of Hormuz without explicitly declaring that this act was directly related to the $9.5 billion that Seoul seized due to the US sanctions that prevented the return of Iranian funds without Washington’s approval.

Several Saudi, Norwegian and Emirati ships have been subjected to sabotage operations in the Straits of Hormuz since 2019. Moreover, the US has decided to prepare for the transfer of the Central Maritime Command’s operations to include the port of Yanbu and the bases of Tabuk and Taif because the Straits of Hormuz are considered a theatre of hostile and dangerous operations, particularly in the event of any future war with Iran. Iran has deliberately uncovered advanced naval missiles -manufactured by its industry – and underground missile bases and others deployed in the Strait of Hormuz. Iran also showed drones carrying out surveillance on US warships as well as Israeli-owned ships. This is the method that Iran uses to impose deterrence and prove its control over the Persian Gulf to « prevent » a possible war outbreak. By showing the enemies what they would face on the battlefield, Iran intends to avoid a potential war.

Iran refrains responding to the attacks on its cargo vessels by Israel recently and in the past two years for several reasons. Iran wanted to avoid being dragged into a battle whose timing was imposed by Israel while Donald Trump was in power. Iran believed that the former US President might have been waiting for an opportunity to strike the “Islamic Republic” and would have supported Netanyahu with all the US military might already present in the Middle East.

However, Iran responded by arming its allies with a qualitative weapon that disrupts Israel’s balance and the US forces stationed in the Middle East. Indeed, the Iranian Revolutionary Guard Corps (IRGC) is increasingly arming and bestowing its allies the most sophisticated weapons it manufactures without limits as long as they serve these allies, taking into consideration the challenge their allies face and the capabilities of the enemy. Iran also reacts in other arenas, like Yemen and Iraq. Still, it rarely responds directly and reactively, except in a few cases, as happened with the assassination of Commander Qassem Soleimani and the Iranian response by the bombing of US forces at their Iraqi base in Ain al-Assad, last year.

Israel seems to be trying to push Iran into a confrontation with the new US President, Joe Biden, who talks about returning to the nuclear agreement that Israel and its allies do not want. And if Iran responds directly, that would spoil all possibilities for a US-Iranian deal someday. Consequently, Iran will not allow Israel to drag the American bull onto the battlefield on its side.

Iran considers that attacks on its oil tankers in the Mediterranean are the least of its problems. The Israeli attack can cause oil spills threatening ecological disaster for Israeli shores. Suppose the attack takes place further than the water limits controlled by Israel. In that case, the Iranian captain is instructed to move its tanker back in the territorial waters opposite the Israeli controlled waters to repair his ships and fill the gaps resulting from Israeli mines. Consequently, and since the ship’s route is parallel with occupied Palestine’s shores, the sea currents are sufficient to create an environmental catastrophe that Israel had caused for itself. Israel understood the Iranian message and called for the cessation of maritime hostilities.

The Israeli strikes no longer affect the “axis of resistance” capabilities because Iran has stopped shipping specific weapons and replaced them with local factories for all allies. Iran has transferred the know-how expertise and delivered the raw materials needed to manufacture the desirable (precision and other) missiles locally. Consequently, persisting in violating maritime laws is very risky for Israel, and playing in this water arena may allow Iran to collect its unpaid bills. The US is no longer highly regarded in the Middle East; it has lost its prestigious position as a reliable partner and is opposed by Iran and its allies, that are better prepared than before for direct or even exhausting attacks on the US forces stationed in the Middle East.

After the most recent Iraqi resistance attack against Balad and Ain al-Assad military bases where US forces are deployed, US Defence Secretary Lloyd Austin responded using the well-known response long used by the “Axis of the Resistance”: “We will strike if that’s what we think we need to do at a time and place of our choosing.” The US began to understand that these attacks were orchestrated to draw it into a more extensive and exhausting confrontation. Thus, the “Axis of the Resistance” is more ready for a military conflict to expel the US from West Asia. This determined position, as it seems, will be reflected on all US’s allies, especially Israel, which has an open account with the “Axis of the Resistance”, which is eager to react but waits for the appropriate time and place to settle accounts.

Defensive Moves or Preparation for War with Iran?

0 thoughts on “Israel strikes Iran in all directions. Will Tehran respond?”