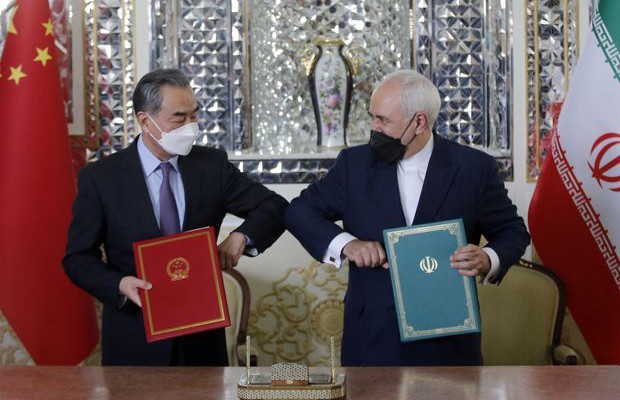 US foreign policy guru Henry Kissinger offered the Biden administration valuable advice when he urged it to reach an understanding with China on a new global order to ensure stable relations and avoid military confrontation and chaos on a worldwide scale.

Speaking via Zoom at an event organised by a London-based thinktank, the former secretary of state warned: “If we don’t get to an understanding with China on that point then we will be in a pre-World War I-type situation in Europe, in which there are perennial conflicts that get solved on an immediate basis but one of them gets out of control at some point.”

He added that with both sides heavily equipped with hi-tech weaponry, “it is infinitely more dangerous now than it was then.”

Kissinger’s advice and warning may have come too late. The global picture has been changed by the sanctions policy applied obsessively by the Trump administration against China, Russia and other US adversaries for four years, followed by the advent of a weak new president in Joe Biden. Key features of this change are the emergence of an alliance between Russia, China and other US-targeted countries like Iran and North Korea, and serious efforts to develop an alternative to the American-controlled global financial system that has dominated the world since World War II.

Kissinger long ago foresaw the threat that could be posed to US dominance by a Chinese-Russian alliance. His ‘ping-pong diplomacy’ in the early 1970s was designed to thwart one and replace it with a Chinese-American entente against the Soviet Union. But the world has changed since then. The China that was seduced by the prospect of an alliance with the almighty US is not today’s China that is rapidly becoming the world’s foremost economic, technological and soon-to-be military, power.

On Saturday, the foreign ministers of Iran and China signed a comprehensive 25-year trade and strategic cooperation agreement between their countries. Its keystone is $450 billion worth of Chinese investment in Iranian infrastructure over a period of years, including railroads, ports and military and civilian industries.

The agreement is the product of years of detailed and complex talks. It is more than a mere response to US pressure. It is the foundation of a much broader and stronger trade and military relationship, under which oil-hungry China imports the lion’s share of Iran’s production, gains access to a potentially huge new market, and expands its transcontinental Belt & Road initiative.

The Iranians appreciated that the global balance of power was tilting against the US that has been subjecting them to sanctions for more than four decades. They exploited its rivalry with China to break the its blockade and ease the impact of its sanctions in the short term, and to consolidate a powerful partnership for the long term.

China was provided with a golden opportunity to gain a foothold in the Middle East via the Iranian gateway by the US, when it reneged on the Joint Comprehensive Plan of Action (JCPOA) nuclear deal in 2018, and the European signatories when they failed to help alleviate the sanctions that followed. Now we have China not only concluding a strategic pact with Iran, but even proposing a peace initiative to resolve the Arab-Israeli conflict that it neglected for decades.

The strategic relationship with China is one reason that encouraged Iranian leaders to insist on the lifting of US sanctions before they resume full compliance with the JCPOA. The Biden administration has begun taking note and dropping its preconditions. On Saturday, it announced it would no longer demand a new agreement that also covers Iranian missile production and testing, but only for Iran to comply with the old nuclear deal. Iran’s position is unlikely to soften with the prospect of a hard-line president being elected in two months’ time to succeed the moderate Hassan Rohani.

The Chinese-Iranian agreement not only breaks the US embargo on Iran and foils its sanctions, but also commits China to securing and protecting its interests in the country. The US, one could conclude, will no longer be able to gets its way in the Middle East as easily as before.

0 thoughts on “Iran, China and the United States”