HOME / WORLD / Biden’s message to Iran in Iraq and Syria: the Battlefield has been inaugurated 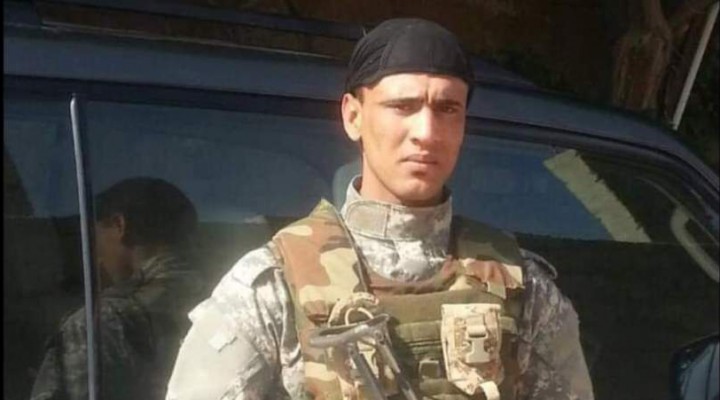 Several F-15’s have launched an attack against multiple targets on the Iraqi-Syrian borders against Iraqi security forces, Hashd al-Shaabi (Popular Mobilisation Forces – PMF), by direct order of President Joe Biden. This is the first military action ordered by the new President and certainly not the last. So far, the US President has followed his predecessor’s steps concerning the sanctions imposed on foreign states and groups. One symbolic exception was the Yemeni Ansar Allah’s delisting from the US terrorist list without lifting the harsh sanctions on food supply, medicine, and oil.

Moreover, it is not realistic to consider the US bombing of PMF positions, described by the Pentagon as “Iranian-backed militant groups”, as anything but a direct message directed to Iran in person. The US is saying that the bombing of the Iraqi security forces means that its military option is on the table and will be used without hesitation against any threat to US interests in the Middle East, particularly those close to Iran. This is a challenge that is certainly not unexpected by Iran, which has vowed to expel all US forces from west Asia following the unlawful assassination of Soleimani. The battlefield has been inaugurated.

A few days ago, President Biden contacted the Iraqi Prime Minister Mustafa al-Kahdimi following the rocket attacks against US bases in Kurdistan-Iraq earlier this month. Biden told al-Kadhimi that he would retaliate against the rocket attack. The Iraqi Prime Minister failed to inform the US President that the US forces mandate doesn’t allow the violation of the Iraqi sovereignty neither the bombing of its security forces deployed on the borders to prevent the “Islamic State” (ISIS) movement of the militants’ supply line and potential attacks.

Biden, like his predecessor Donald Trump, ordered the bombing of the most crucial position to Iran and its allies: Albu Kamal – al Qaem crossing. This same crossing was under ISIS control when the assassinated Iranian Revolutionary Guards Corp Lieutenant General Qassem Soleimani led the attack to liberate it following the US occupation of al-Tanf crossing between Syria and Iraq. This rapid move by Iran angered both Israel and the US, who wished to impose a land siege on Syria to prevent the flow of goods from Iraq and prevent the “Axis of the Resistance” link between Tehran, Baghdad, Damascus and Beirut. The US forces still occupy al-Tanf’s crossing and have no visible intention to leave.Certainly the “Axis of the Resistance” has the supply line via Damascus airport and the harbour of Tartous available. However, the land crossing is vital to keep the supply flowing, in particular when Syria is under harsh US sanctions imposed by Trump and well-guarded by Biden. The “Caesar Act”,  the US occupation of north-east Syria (that produces 80% of Syria’s oil and gas and 63% of its agriculture) and the al-Tanf crossing blockage aim to create a domestic discontent among the population so it turns against the government and the President. This is a “soft war” exerted by the US administration that has led to starving populations but not to change any regime in the Middle East. Thus far, Biden is enjoying every single sanction imposed by Trump against Syria and Iran.

However, the “Islamic Republic” increased the level of uranium enrichment to 20% and the Leader of the revolution Sayyed Ali Khamenei said his country could reach 60% willingly. Iran’s intelligence Minister Mahmoud Alavi took a step further saying his country could seek nuclear weapons if sanctions persist and Tehran halted the sudden visit of the International Atomic Energy Agency (IAEA) and reduced the visits of the inspectors by 30%. On the 26 of March, Iran is expected to close the access of the IAEA inspectors to all nuclear sites and initiate more steps to further reduce its compliance to the nuclear deal, known as the JCPOA. Iran asks the US to lift all sanctions first and allow countries to pay Iran for its oil and to return Iranian frozen assets in many countries around the world.

The US finds the Iranian gradual withdrawal from the nuclear deal escalatory, particularly when Iran refused to meet a US envoy as part of a general meeting including China, Russia, the UK, France and Germany. The representatives of these countries have signed the JCPOA and the Iranian position emanates from the fact that the US left the deal in 2018, therefore the US presence is illegitimate unless Washington fully complies with the JCPOA first. Iran doesn’t mind to meet a US envoy if and when the US returns to fully compliance of the JCPOA.

The US was still passive towards Iran’s escalatory steps because it was the former President Donald Trump who unlawfully pulled out of the JCPOA, violating the US commitment and the UNSCR 2231. However, the US bombing of the Iraqi-Syrian borders is considered by Tehran as a bellicose US message.

There is no doubt that Iran has strong allies in Iraq because it has rushed to supply weapons, training and advisors to Baghdad when ISIS occupied a third of Iraq and the US refused to supply already paid-for weapons to the Iraqi government. Iran armed the PMF and trained it when Baghdad had no weapons to stop ISIS. Inevitably, many Iraqis will be faithful to those who prevented their country from falling and anger towards those who stood back, watching ISIS growing and expanding in the hope to divide Iraq, as Biden predicted when he served as a vice President under Barack Obama. However, the US managed to have many Iraqis on its side, particularly in Erbil, Kurdistan, and other parts of the country. Even so, the US rejects any sharing of power in Iraq and has managed, with the help of western mainstream media, to demonise Iran, the PMF and any politician or groups unfaithful to Washington. This has caused a transformation of Iraq into a battlefield between Iran and the US.

The flexing of muscles between the US new administration and Iran has begun, anticipating further violence rounds with all fronts available. The Pentagon described the bombing as a “de-escalation step”, apparently unaware that the US initiated the escalation move, which has given the green light to the Iraqi resistance to open fire at will against US military bases in Iraq. The US bombing of the Iraqi security forces, the PMF, is another violation of the new administration’s activity and role in Iraq. Local Iraqis will take the opportunity to attack US forces, armed with this violation and Parliament’s binding decision that all foreign troops must leave the country. Iran undoubtedly accepts the US challenge and will deal with it with a thoughtful approach but maintaining its determination to expel all US forces from West Asia, as promised by Imam Sayyed Khamenei. If the US believes it has hit Iran on its right cheek, the “Islamic Republic” will certainly not turn the left.

Biden’s message to Iran in Iraq and Syria: the Battlefield has been inaugurated.

0 thoughts on “Biden’s message to Iran in Iraq and Syria: the Battlefield has been inaugurated”