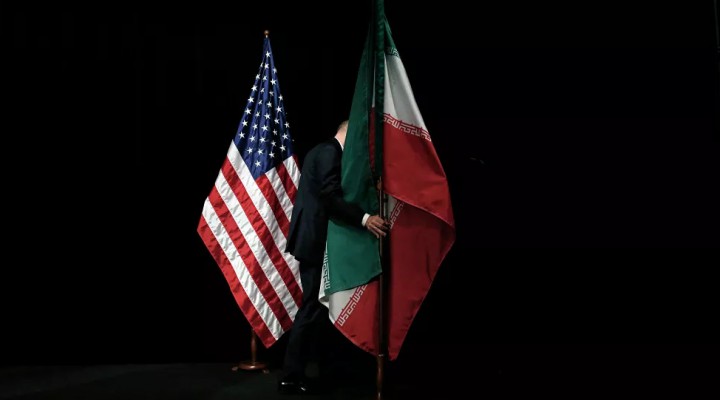 It looks like President Joe Biden is backsliding on earlier promises to return the United States to the nuclear deal with Iran and other world powers. Which raises the question: who is pulling Biden’s strings?

Air strikes ordered by Biden this week on Iranian-backed militia in Syria are certainly not going to help repair relations between Washington and Tehran which would be necessary to salvage what’s left of the nuclear deal.

During his election campaign, the Democrat candidate was saying he would reverse Trump’s “maximum pressure” policy of hostility toward Iran and if he were elected would bring the US back into compliance with the nuclear accord signed in 2015.

Trump had ditched the nuclear pact signed by the US and other international powers, and he reimposed crippling sanctions on Iran.

However, the newly inaugurated Biden administration is shifting the goalposts with Iran. The president and his aides are saying that the US will return to the Joint Comprehensive Plan of Action – but only after the Iranians make the first move by reversing incremental steps Tehran has taken to reduce commitments to the JCPOA.

Iran is understandably exasperated by the US demands. Iranian foreign minister Mohammad Javad Zarif points out that it is the American side which is first and foremost in violation of the nuclear treaty by unilaterally walking away from it in 2018 under Trump. Iran asserts that the onus is on Washington to cancel its sanctions and to abide by its signature on the accord. Then Tehran will resume adhering to all provisions.

This week Iran announced an interim suspension of snap inspections on its nuclear sites by the International Atomic Energy Agency for a three-month period. Iran says it is up to Washington to end its sanctions by this period, or else the JCPOA can be considered doomed.

The clock is now ticking on what President Biden will do. Will he do as he earlier indicated he would do by returning the US to the JCPOA, which entails an end to unilateral sanctions? Or will he insist futilely on pressuring Iran to move first?

The American air strikes on Iranian assets in Syria suggest the Biden administration is prepared to renege on diplomatic overtures with Iran.

Why is Biden appearing to backslide on an international accord negotiated by the Obama administration in which he was vice president? Biden appeared to condemn Trump’s policy towards Iran during the 2020 election campaign. So why is he seemingly backpedalling now from getting on with diplomacy towards Iran?

Two factors emerge. First, Biden and his Secretary of State Antony Blinken have both publicly stated that this administration will consult closely with Israel on Middle East policy. Israel is vehemently opposed to the US rejoining the nuclear deal, with some Israeli military chiefs going as far as saying it would be a cause for military action.

The second factor is Saudi Arabia which is also implacably opposed to the Iran deal, believing that any normalization with Tehran would only enhance rival Iranian influence in the region.

Biden has recently held cordial phone calls with the Israeli and Saudi leaders in which the American president praised the “strategic importance” of the US alliances. As if for purpose of emphasis on that message, Biden’s call this week with Saudi King Salman came within hours of the US air strikes on Iranian-backed militia in Syria.

The “strategic importance” for the US as derived from its relations with Israel and Saudi Arabia are manifold: it has to with maintaining American hegemony in the Middle East, prolonging lucrative arms sales for the US military-industrial complex, projection of military power from myriad bases, and, crucially, propping up the petrodollar system upon which American economic power is fatally dependent.

The strategic importance of keeping Israel and Saudi Arabia sweet for Uncle Sam gives those two regional powers a veto on American policy. That would explain why President Biden is backsliding on previous overtures to resume the nuclear deal with Iran.

Ultimately, however, American power in the Middle East is unstable and unsustainable. It is predicated on provoking tensions and conflict. Biden of all people should know that. He spent nearly 50 years as a politician involved in promoting the deadly interests of US empire in the Middle East.

0 thoughts on “Biden Backslides on Iran”