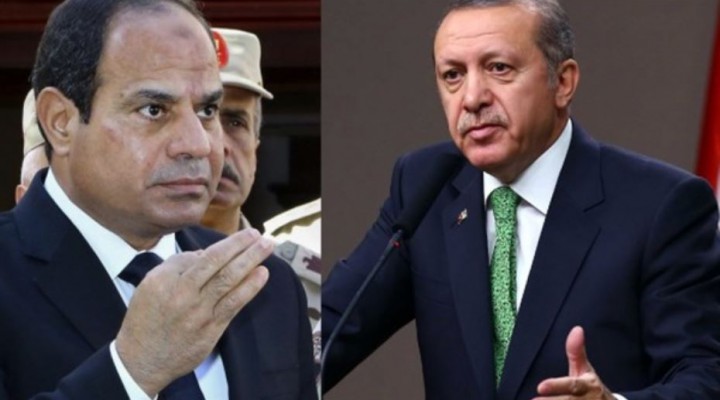 Is Turkey having a radical foreign policy re-think, or just playing for tactical advantage?

Egyptian President Abdelfattah as-Sisi must be rubbing his hands in glee at the way top-level Turkish officials and close aides of President Recep Tayyip Erdogan have been wooing his country. This seems to signal the start of the restoration of normal relations between the two countries, especially with Turkey’s ally and partner Qatar working hard to mend fences and overcome differences with Cairo. A Qatari foreign ministry delegation is currently visiting the Egyptian capital in a bid to speed up the process.

In an interview on Wednesday, Erdogan’s political advisor Ibrahim Kalin described Egypt as “the heart and mind of the Arab world” and said Turkey was ready to turn a new leaf in relations with the country and a number of Gulf Arab states, a reference to Saudi Arabia and the UAE. Ruling AK party spokesman Omer Celik went further in remarks to the press on Thursday, extolling Turkey’s strong ties and “historic partnership” with the Egyptian state and people.

The declared cause of this U-turn in Turkey’s approach to Egypt – whose regime Erdogan used to describe as a putschist military dictatorship – is that Cairo took Turkey’s offshore territorial claims into account when issuing its latest oil and gas exploration tender in its section of the eastern Mediterranean. This was applauded by Foreign Minister Mevlut Cavusoglu, who said the move would enable talks between the two countries on the demarcation of their maritime boundary.

But there are also undeclared reasons for the rapprochement. Erdogan wants to end his country’s growing isolation in the Middle East and Europe. Turkey finds itself surrounded by enemies on all sides, with negative consequences for its ailing economy, and its military adventures in Syria and Libya have failed to achieve their objectives (overthrowing the Syrian regime; and empowering Libya’s Islamist Government of National Accord, which has just been supplanted by a transitional administration at UN-supervised and US-backed talks in Geneva).

In short, Erdogan wants to revert to a variant of the policy of ‘zero problems’ with neighbours which underpinned Turkey’s economic and political resurgence more than a decade ago – albeit without that policy’s architect Ahmet Davutoglu and economic mastermind Ali Babacan, both of whom broke with the ruling party and established their own independent groupings.

Tensions have also been quietly rising between Turkey and Iran. They fell out over Turkey’s successful intervention on Azerbaijan’s side in the Nagorno-Karabakh war – especially after Erdogan read out an Azeri poem implying territorial claims on Iranian territory — and Tehran later summoned the Turkish ambassador to protest against his country’s intervention in Sinjar in northern Iraq against the Kurdistan Workers Party (PKK). So is Erdogan trying to calm things down with Egypt, while strengthening ties with Israel at every level, in anticipation of further escalation with Iran? And if that happens, could Iran respond by backing Kurdish separatists in Turkey?

It is striking in this regard that Erdogan has also been working to mend relations with Saudi Arabia.

Turkey kept uncharacteristically quiet about developments in the Jamal Khashoggi affair following the publication of the US intelligence report that implicated Crown Prince Muhammad Bin Salman in the journalist’s murder in Istanbul.

It has also been vocal in expressing solidarity with Saudi Arabia after the latest missile and drone attacks on its oil facilities by Yemen’s Houthi Ansarullah movement, even reportedly offering to send military equipment and fighters to support the kingdom’s war effort in Yemen and the Muslim Brotherhood-affiliated Islah Party that is fighting alongside its allies in Maareb province.

We do not know how Egypt will respond to Turkey’s overtures. Will it hold to its demand for Ankara, and by extension Qatar, to stop supporting the Muslim Brotherhood and its Istanbul-based political and media activities? Cairo apparently wants a written and binding commitment to this effect from the Turkish side.

But well-placed Turkish sources say Erdogan’s shift is tactical and temporary, and there is no way he will abandon the Muslim Brotherhood or other Islamist proteges. They add that any Turkish intervention in Yemen is likely to be limited and indirect (using mercenaries rather than official armed forces) to avoid antagonising Iran. Historical memories also linger of the Ottoman Empire’s failures in Yemen.

We can expect some surprises in the days to come. Erdogan is forever engaging in new military and political battles. But success is never guaranteed, especially not in Yemen The biggest historical lesson the Turkish president can learn is that the fall of great empires occurred for a variety of reasons, but most often when they went to war on too many fronts at the same time while facing difficulties and discontent at home.