HOME / WORLD / Turkey, Israel and Iran gains and losses? Would Biden go to war or abandon the ME? (1/3) 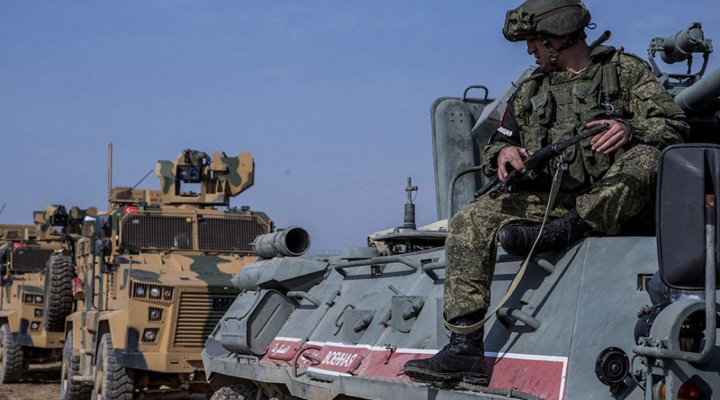 Turkey has risen as an emergent force in the Middle East thanks to the wars in Syria, Iraq and Libya, challenging the US’s unilateral dominance of this part of the world. On the other hand, Yemen, Syria, Iraq, Lebanon, Palestine and Afghanistan collectively imposed Iran as a regional power impossible to ignore. Iran has been standing up to the US’s hegemony since 1979 and continues to grow, notwithstanding the US’s ultra severe sanctions. And finally, the new alliances Israel concluded in 2020 with many countries in the Middle East who were already friendly gave Israel a more robust position in relation to several Arab and Islamic countries, particularly while enjoying unlimited US support and cover-ups for all its illegal operations during President Donald Trump’s administration. But the only tangible gain Israel made is its relationship with the Sudan; that was already detaching itself from the Palestinian cause and the “Axis of the Resistance”. As the world left behind the year 2020, war was still hovering over the Middle East (far from fading away). The new US elect-president will be forced to face and decide in which direction he will lead the US: towards peace and in consequence withdraw US forces (particularly from Syria and Iraq)? Or would Biden opt to wage war on Iraq and accept to see his troops attacked in both Syria and Iraq?

Syria was the main but not the exclusive stage. Iran, Turkey and Israel played important roles not only in 2020 but during the last decade. These countries are expected to continue having influence over developments in Syria. The 2011 war waged in the Levant was the most devastating the Middle East has ever witnessed. Regional and international countries participated in destroying Syria and its stability, for many reasons. To name but a few, the main objectives were:

1)The prevention of the Russian flow of gas to Europe via Ukraine when the US offered an alternative via Qatar (Qatar-Bahrein-Saudi Arabia-Jordan-Syria-Turkey-Bulgaria-Austria-Germany) to weaken Moscow and prevent its fast-recovery and postpone its challenge to the US hegemony and to its return to the Middle East for after 2022. 2)Remove Russia’s naval base from Syria and end its window on the Mediterranean. 3)Weaken Iran by ending its strategic relationship with President Bashar al-Assad, contributing to isolating Tehran further and rendering it more vulnerable to US sanctions and impose its diktat. 4)Interrupt the Iraq-Syria commercial connection and silk road. 5)Destabilise Iraq and Lebanon and transform these countries into a stage for jihadists. 6) Cut the weapons supply line on the Lebanese Hezbollah that flows via Damascus to weaken the organisation and relieve Israel of a powerful threat and, simultaneously, eliminate Iran’s strong arm (Hezbollah) in the Middle East. 7)End the threat of Syria to Israel and weaken the Syrian government to prevent its recovery of the occupied Golan Heights and impose a normalisation with Tel Aviv. 8)Offer to jihadists their favourite land for Jihad (Bilad al-Sham, the Levant) to gather as many of these as possible in one location, offering shelter to anti-China and anti-Russian jihadists to gather experience in Syria, and use it as a platform for future attacks on China and Russia back home.

0 thoughts on “Turkey, Israel and Iran gains and losses? Would Biden go to war or abandon the ME? (1/3)”