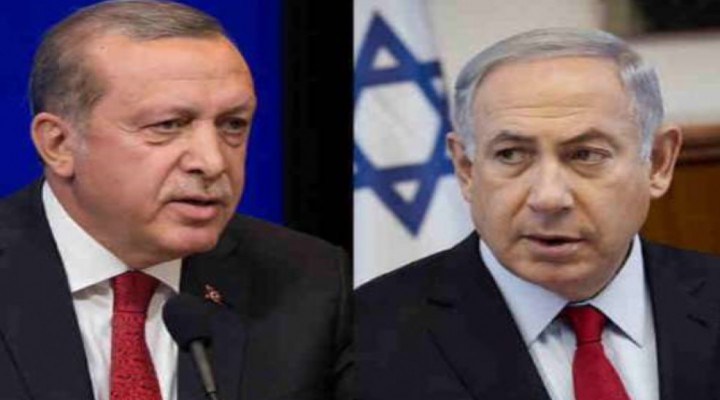 Turkish President Recep Tayyip Erdogan has triggered many political explosions. But he may have detonated one of his biggest yet by declaring on Friday that he wants better relations with Israel and revealing that intelligence-level talks between the two countries have continued unabated. This while Israeli media were being saturated with reports that Ankara and Tel Aviv are poised to exchange ambassadors again, after withdrawing them in 2018 due to Israel’s escalated aggression against the Gaza Strip.

Erdogan’s public statement of intent to normalise relations with Israel came as a shock to Islamist political groups in the Middle East, especially the Muslim Brotherhood and its branches and offshoots, which view him as a role-model and revered leader. They had also seen him as a strong bastion against the series of steps taken in the Arab world toward normalisation with Israel. He had condemned the governments of the UAE, Bahrain and Sudan over the issue and even threatened to withdraw his ambassador from Abu Dhabi.

But Turkey’s move was preceded by Morocco’s Justice and Development Party (PJD) — the Muslim Brotherhood’s biggest branch in the Arab Maghreb Union – endorsing the normalisation of Moroccan-Israeli relations. Morocco’s PJD prime minister, Saadeddine Othmani, signed the normalisation agreement himself with Israeli National Security Advisor Meir Ben-Shabbat. And the deal was applauded by his predecessor as party leader and head of government, Abdelilah Benkirane.

Normalisation between Turkey and the Israeli occupier state is nothing new. It dates back to 1949 when the Turkish government recognised the creation of the State of Israel and exchanged diplomatic ties with it. Tensions arose in 2010 when the Israeli navy attacked the Turkish humanitarian relief ship Mavi Marmara carrying supplies to the Gaza Strip, killing ten volunteers. But intelligence cooperation between the two countries was unaffected. Nor were economic ties. Bilateral trade amounted to around $10 billion in 2019, Turkish airlines flew more than 60 flights to Tel Aviv per week, and Israel remained a major supplier of arms to Turkey. This trade began thriving after Turley’s invasion of northern Cyprus in 1974, which prompted the US and European countries to embargo arms sales in protest.

There is much speculation about what prompted Erdogan to break his own previous taboos and seek to improve relations with a state that he was only recently describing as a ‘rogue’ and ‘criminal’ that was murdering Palestinians and starving them to death — while providing political support to Palestine’s Islamic Resistance Movement (Hamas) and hosting its leaders.

First, Erdogan’s burgeoning strategic partnership with Azerbaijani President Ilham Aliyev, a very close ally of Israel. Both countries provided him with crucial military support and supplies in the recent Nagorno-Karabakh war. Aliyev is said to have mediated between Erdogan and Israeli Prime Minister Benjamin Netanyahu to urge them to normalise relations.

Secondly, Erdogan faces the prospect of two sets of economic sanctions: from the US over his purchase of Russian S-400 air defence systems, and from the European Union which backs Greece and Cyprus in their dispute with Turkey over maritime borders and gas reserves in the eastern Mediterranean. The Turkish president believes the Israel Lobby in the US and Europe can help him prevent or water down these sanctions.

Third, Donald Trump’s election defeat and the advent of Joe Biden, a detractor of Erdogan and supporter of Kurdish rebels and their cause, as president of the US. This leaves the Turkish president even more in need of Israel and its influence to support him against an incoming administration that is expected to back his enemies – including US-based preacher Fethullah Gulen who is accused of being behind the recent foiled military coup.

Fourth, the succession of steps taken by Arab, and especially Gulf, governments towards normalising relations with Israel. Erdogan seems to have decided to exploit this opportunity and join the bandwagon to mend relations not only with Israel but with various Gulf and Arab governments such as Saudi Arabia and Egypt. It is striking that he did not have a single bad word to say about Morocco’s recent normalisation deal, even though he is not on good terms with Morocco and pivots his relations with the Arab Maghreb around Algeria and to a lesser extent Tunisia.

But will this cosying up to Israel lead to a turnaround in relations between Erdogan’s Turkey and its Islamist allies such as the Muslim Brotherhood and other groups — especially Hamas?

It will certainly undermine Erdogan’s image and standing in the eyes of many Arab Islamists. Islamist political groups in the Middle East could end up dividing into two currents: ‘pragmatists’ who seek to remain under the Turkish umbrella, and others who want to break free of it and pursue more radical strategies. Something similar happened in Egypt after the signing of the Camp David accords, with groups like Islamic Jihad and the Islamic Fighting Group splitting off.

Erdogan may be seeking to break his regional and international isolation by moving towards normalisation with Israel in contradiction to his declared positions and beliefs. But I think he is making a mistake and may end up chiefly harming himself. He could lose most of his remaining friends without winning over his many enemies. Israel and its lobbyists will not forgive or forget his past hostility in the long run, and in the meantime will try to extort an exorbitant price out of him.