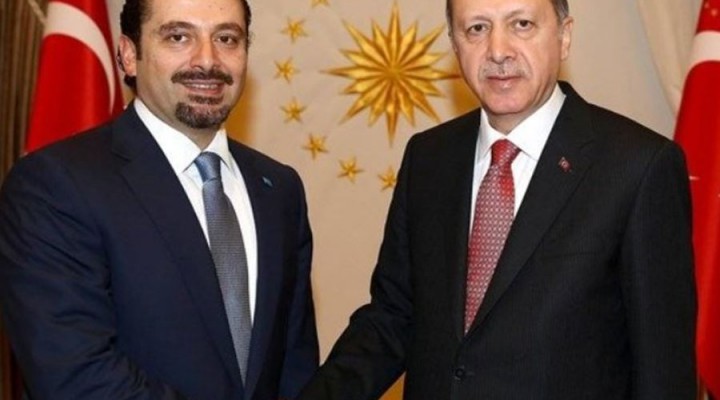 Is it finally over between Saudi Arabia and its top Lebanese Sunni client?

It was a surprise to see Saad al-Hariri – Lebanon’s former prime minister and current PM-elect, and head of its Future Movement – suddenly turn up in Istanbul and hold a private two-hour meeting, including lunch, with Turkish President Recep Tayyip Erdogan. This marks a turnaround in Lebanese Sunni politics. The heir to the Hariri legacy is turning his back on an 80-year-old legacy of Lebanese Sunni political alignment with and domination by Saudi Arabia.

The Saudi leadership, specifically de facto ruler Crown Prince Muhammad Bin-Salman, cannot accept this brazen breach of the historic relationship by a leader of Lebanon’s Sunni community. Especially not Saad al-Hariri – who was born and bred in Saudi Arabia, holds its citizenship, and constantly professes his loyalty to the kingdom. For him to travel to its chief rival for Sunni leadership in the Arab and Islamic worlds, and schmooze with its president, is an intolerable affront.

Hariri did not go to Istanbul after he was detained and insulted in Saudi Arabia in 2017 and forced by Muhammad Bin-Salman to read a statement of resignation as Lebanon’s prime minister live on TV. He went instead to France – whose citizenship he also holds – to thank it for its role in securing his release. He also stopped off in Cairo, symbolically affirming that he considers Egypt rather than Turkey to be the Sunni world’s true point of reference.

So why go there now? There are several possible reasons.

Chief among them is that Saudi Arabia and Bin-Salman have been trying to replace Saad with his older brother Bahaa. They have worked hard to promote him on the Lebanese political scene, breaking a 15-year-old arrangement agreed after the assassination of Rafik al-Hariri, their father and founder of the family’s political dynasty. This provided for Saad to inherit the political leadership and Bahaa to take charge of the family’s businesses in Saudi Arabia.

Saad tried hard to forgive-and-forget his humiliation by Muhammad Bin-Salman three years ago and ‘normalise’ relations with him. But that did not work. The Saudi crown prince neither forgave nor forgot his own humiliation. He set out to bankrupt Hariri’s companies in Saudi Arabia, dry up his funding sources, and promote his brother/rival as Saudi Arabia’s favoured Lebanese client.

Saad used to consider himself a personal friend of Muhammad Bin-Salman. He posted selfies of the pair smiling broadly when they met up in Paris and elsewhere. But no more. He is said to have submitted requests for a meeting with the Saudi crown prince three times in succession, but never got any response. Aides say this convinced him he had been permanently and irrevocably ditched.

Erdogan, for his part, has been planning for years to win over the Lebanese Sunni community as part of his bid to establish himself as overlord of the Sunni Islamic world. He began by attempting to extend his influence to Tripoli in the north, where the Hariri family does not hold sway. He achieved considerable success in this regard, and is now looking to make inroads among Sunnis in the southern half of the country – Beirut, Sidon and their environs — where the Hariris dominate.

It helps that Hariri and Erdogan are both fiercely hostile to Syria. Whether in or out of office, Hariri always made a show of shunning his country’s neighbour and its main allies inside Lebanon. By depicting Lebanon – or at least its Sunni component – as part of Erdogan’s anti-Syrian camp, he provides the Turkish president, his Qatari allies, and his client Islamist militias in Syria with a valuable New Year’s gift.

Bahaa has meanwhile been forging alliances with other Sunni components in Lebanon as well as serious ties with Damascus. He has billions of dollars of Saudi-supported funding and has established a media empire of his own. This all tightens the squeeze on Saad and forces him to seek other options.

The situation is further complicated by the advent of Joe Biden as US president. He is nominally committed to supporting the region’s ‘democracies’ and minorities – especially the Kurds for whom he supports independent statehood. He is known to dislike Erdogan and the leaders of Egypt, Saudi Arabia and other Gulf states that were beholden to Trump. And he wants to reinstate the nuclear agreement with Iran and has been reportedly holding secret talks with the country. This potentially sets the stage for a shakeup of the prevailing pattern of alliances in the region.

It is unclear why Saad al-Hariri embarked on what even some his aides consider to be a risky adventure. What does he hope to achieve? He certainly wasn’t discussing the covid pandemic or climate change in his tete-a-tete with Erdogan. They discussed joint action in Lebanon and the region. Hariri went as a supplicant seeking help. Erdogan is prepared to provide assistance — but not for free. So what price might his Lebanese guest be prepared to pay? Turkey is a powerful country which mounted successful militarily interventions in support of its allies in Syria, Libya and Azerbaijan. Could this possibly be what its new supplicant is seeking?

It is still too early to tell what Hariri is seeking or whether he has indeed thrown his lot in completely with Turkey. But he is surely taking a gamble which might jeopardise his prospects of forming a new government for Lebanon and overshadow his political future.

0 thoughts on “Hariri in Turkey”