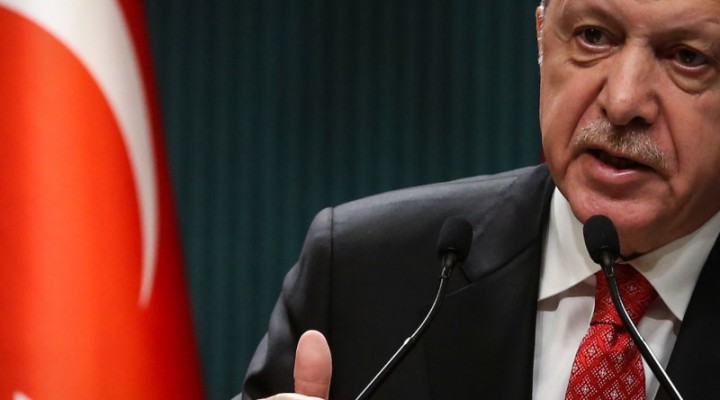 When it comes to sowing division and reaping the profits from it, Turkey under Recep Tayyip Erdogan is quite the superstar.

Turkish Foreign Minister Mevlut Cavusoglu’s response was swift: Ankara won’t back down – and it is in fact mulling how to respond.

The European poodles inevitably had to provide the follow-up. So after the proverbial, interminable debate in Brussels, they settled for “limited” sanctions while adding a further list for a summit in March 2021.

Yet these sanctions actually focus on as-yet unidentified individuals involved in offshore drilling in Cyprus and Greece. They have nothing to do with S-400s.

What the EU has come up with is in fact a very ambitious, global human-rights sanctions regime modeled after the US’s Magnitsky Act. That implies travel bans and asset freezes of people unilaterally considered responsible for genocide, torture, extrajudicial killings and crimes against humanity.

Turkey, in this case, is just a guinea pig. The EU always hesitates mightily when it comes to sanctioning a NATO member. What the Eurocrats in Brussels really want is an extra, powerful tool to harass mostly China and Russia.

What’s fascinating is that Ankara under Erdogan always seems to be exhibiting a sort of “devil may care” attitude.

Take the seemingly insoluble situation in the Idlib cauldron in northwest Syria. Jabhat al-Nusra – a.k.a. al-Qaeda in Syria – honchos are now involved in “secret” negotiations with Turkish-backed armed gangs, such as Ahrar al-Sharqiya, right in front of Turkish officials. The objective: to boost the number of jihadis concentrated in certain key areas. The bottom line: a large number of these will come from Jabhat al-Nusra.

So Ankara for all practical purposes remains fully behind hardcore jihadis in northwest Syria – disguised under the “innocent” brand Hayat Tahrir al-Sham. Ankara has absolutely no interest in letting these people disappear. Moscow, of course, is fully aware of these shenanigans, but wily Kremlin and Defence Ministry strategists prefer to let it roll for the time being, assuming the Astana process shared by Russia, Iran and Turkey can be somewhat fruitful.

Erdogan, at the same time, masterfully plays the impression that he’s totally involved in pivoting towards Moscow. He’s effusive that “his Russian colleague Vladimir Putin” supports the idea – initially tabled by Azerbaijan – of a regional security platform uniting Russia, Turkey, Iran, Azerbaijan, Georgia and Armenia. Erdogan even said that if Yerevan is part of this mechanism, “a new page may be opened” in so far intractable Turkey-Armenia relations.

It will help, of course, that even under Putin pre-eminence, Erdogan will have a very important seat at the table of this putative security organization.

The Big Picture is even more fascinating – because it lays out various aspects of Putin’s Eurasia balancing strategy, which involves as main players Russia, China, Iran, Turkey and Pakistan.

On the eve of the first anniversary of the assassination of Gen Soleimani, Tehran is far from cowed and “isolated”. For all practical purposes, it is slowly but surely forcing the US out of Iraq. Iran’s diplomatic and military links to Iraq, Syria and Lebanon remain solid.

And with less US troops in Afghanistan, the fact is Iran for the first time since the “axis of evil” era will be less surrounded by the Pentagon. Both Russia and China – the key nodes of Eurasia integration – fully approve it.

Of course the Iranian rial has collapsed against the US dollar, and oil income has fallen from over $100 billion a year to something like $7 billion. But non-oil exports are going well over $30 billion a year.

All is about to change for the better. Iran is building an ultra-strategic pipeline from the eastern part of the Persian Gulf to the port of Jask in the Gulf of Oman – bypassing the Strait of Hormuz, and ready to export up to 1 million barrels of oil a day. China will be the top customer.

President Rouhani said the pipeline will be ready by the summer of 2021, adding that Iran plans to be selling over 2.3 million barrels of oil a day next year – with or without US sanctions alleviated by Biden-Harris.

Iran is well linked to Turkey to the west and Central Asia to the east. An extra important element in the chessboard is the entrance of freight trains directly linking Turkey to China via Central Asia -bypassing Russia.

Earlier this month, the first freight train left Istanbul for a 8,693 km, 12-day trip, crossing below the Bosphorus via the brand new Marmary tunnel, inaugurated a year ago, then along the East-West Middle Corridor via the Baku-Tbilisi-Kars (BTK) railway, across Georgia, Azerbaijan and Kazakhstan.

In Turkey this is known as the Silk Railway. It was the BTK that reduced freight transport from Turkey to China from one month to only 12 days. The whole route from East Asia to Western Europe can now be travelled in only 18 days. BTK is the key node of the so-called Middle Corridor from Beijing to London and the Iron Silk Road from Kazakhstan to Turkey.

All of the above totally fits the EU’s agenda – especially Germany’s: implementing a strategic trade corridor linking the EU to China, bypassing Russia.

This would eventually lead to one of the key alliances to be consolidated in the Raging Twenties: Berlin-Beijing.

To speed up this putative alliance, the talk in Brussels is that Eurocrats would profit from Turkmen nationalism, pan-Turkism and the recent entente cordiale between Erdogan and Xi when it comes to the Uighurs. But there’s a problem: many a turcophone tribe prefers an alliance with Russia.

Moreover, Russia is inescapable when it comes to other corridors. Take, for instance, a flow of Japanese goods going to Vladivostok and then via the Trans-Siberian to Moscow and onwards to the EU.

The bypass-Russia EU strategy was not exactly a hit in Armenia-Azerbaijan: what we had was a relative Turkey retreat and a de facto Russian victory, with Moscow reinforcing its military position in the Caucasus.

Both Azerbaijan and Pakistan have very good relations with Turkey: a matter of very complex, interlocking Turk-Persian cultural heritage.

And they may get even closer, with the International North-South Transportation Corridor (INTSC) increasingly connecting not only Islamabad to Baku but also both to Moscow.

Analyst Andrew Korybko has neatly dubbed it the “Golden Ring” – a new dimension to Central Eurasian integration featuring Russia, China, Iran, Pakistan, Turkey, Azerbaijan and the central Asian “stans”. So this all goes way beyond a possible Triple Entente: Berlin-Ankara-Beijing.

What’s also certain is that Erdogan, a master of pivoting, will find ways to simultaneously profit from both Germany and Russia.