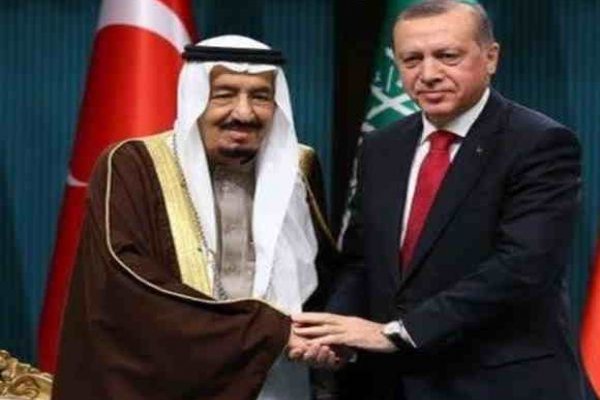 …and how will Riyadh react to Ankara’s growing regional and Islamic role?

On the eve of the G-20 summit hosted by Saudi Arabia, King Salman phoned Turkish President Recep Tayyip Erdogan and they agreed to resolve outstanding differences between their two countries through dialogue. This move not only reflected the kingdom’s eagerness to ensure that Erdogan would personally take part in the ‘virtual’ gathering, Turkey being the only other Muslim member of the G-20. It was also an attempt to offset the danger posed by Turkey’s growing role in the Islamic world to Saudi Arabia’s perceived interests and presumed leadership – especially after the defeat of their common ally Donald Trump and the advent of a Democratic US administration that doesn’t much like either country, and also following Turkey’s resounding victory in the latest round of conflict between Azerbaijan and Armenia.

Saudi-Turkish relations have been at an all-time low and were primed to deteriorate further due to five key developments.

(1) Saudi Arabia’s ‘unofficial’ announcement of a total boycott of Turkish goods and services. Its warnings to its citizens not to buy Turkish products or travel to Turkey have dealt a blow to the struggling Turkish economy, and could prompt Turkish retaliation.

(2) The issuing of a fatwa by Saudi Arabia’s Council of Senior Ulema branding the Turkish-backed Muslim Brotherhood a terrorist organisation and “deviant” group that does not follow Islam but seeks to exploit religion and sow dissension to achieve its political goals. This crosses a red line for Turkey, as the movement is its most important political surrogate in the Arab World.

(3) The success of Turkey’s military intervention on Azerbaijan’s side in the Nagorno-Karabakh war against Armenia, which the kingdom was indirectly backing, giving Erdogan additional kudos in the Islamic world.

(4) Turkey’s support for Qatar in its dispute with Saudi Arabia and its allies the UAE, Egypt and Bahrain. This included setting up a Turkish military base in Qatar which according to Western press reports accommodates 30,000 troops and their heavy weaponry, in parallel with the establishment of Turkish bases in Somalia, Libya and Turkish-controlled northern Cyprus.

(5) Turkey’s use of the murder of journalist Jamal Khashoggi as a means of periodically escalating pressure on the kingdom, embarrassing it, and trashing its international image by highlighting its human rights violations.

What worries the Saudis most is that Turkey, in the wake of its triumph in Azerbaijan, could challenge it in two key areas: the war in Yemen; and its leadership of the Islamic world in its capacity as custodian of the holy places in Mecca and Medina. The two issues are, of course, connected.

Last week, Yasin Aktay, the Turkish president’s advisor and one of his closest confidants, published an article in the governing AKP party’s mouthpiece Yeni Safak that was widely circulated and translated by pro-Turkish media outlets. It was titled: “Comparing Yemen’s plight to Turkey’s success in Libya, Azerbaijan, Somalia”

The article reads like a warning to Saudi Arabia and the UAE about Turkey’s next move. Turkey weighing into the Yemen war would alter all the country’s political and military equation given the immense experience it gained from its military interventions in Libya, Syria, Somalia and latterly Azerbaijan.

After lauding his country’s achievements in the above countries, Aktay wrote of Saudi Arabia and the UAE: “Their intervention in Yemen for the last five years is not only far and beyond seeking a solution but has also further deepened the problem, dragging it into a dead end. The aim of the Operation Decisive Storm… was to defend the legitimate government in Yemen against the Iran-backed Houthis… Yet, the Houthis could not be beaten throughout these five years. This, of course, is not because the Houthis possess extreme power… however, while coalition forces were fighting the Houthis, they also pursued confidence-shaking policies that would weaken Yemen’s other forces.”

He continued: “The way to bring stability to Yemen was to recognize all factions of the Yemeni public, and pave the road to a dialogue atmosphere that would ensure peaceful co-existence.”

And concluded: “If a solution and stability is sincerely desired in Yemen, it is beneficial to learn from Turkey’s proven models of success in Syria, Libya, Somalia, and Azerbaijan. But only if a solution is truly desired…”

Aktay is a leading proponent of the theory of neo-Ottomanism, successor to fellow PhD-holder Ahmet Davutoglu, the former prime minister who broke with the AKP and set up his own Future Party. His article can be seen as a blueprint of Turkey’s future role in the Arabian Peninsula. For Saudi Arabia, this amounts to encirclement via its soft and vulnerable underbelly, Yemen, where it has been unable to end the war it launched either peacefully or forcefully, and where it could soon find itself facing two resentful regional rivals at once: Turkey and Iran.

Is the current Saudi leadership aware of or alert to such developments? And what policies and positions does it propose to counter them – given the impending demise of its ally Trump, the worsening of its relations with most influential regional and Islamic powers, and the collapse of its standing in Arab and Islamic public opinion?

Saudi Arabia only has three options: either talk to Turkey and resolve their disputes; mend fences with Syria and Iran and their ‘resistance axis’ allies; or normalise and align with Israel as its Emirati partners have done.

What choice will it make?

A new Great Game has begun in the Eastern Mediterranean

0 thoughts on “Will Turkey intervene in Yemen?”