HOME / WORLD / Are Iran and Turkey heading for a new conflict in the Middle East? 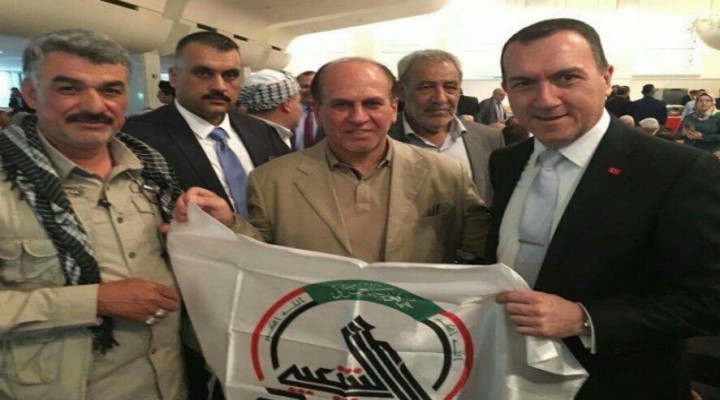 Tehran and Ankara have exchanged high-pitched criticisms that prompted the two countries to recall each other’s Ambassadors and send strongly worded messages to one another. Is the struggle for influence between Iran and Turkey headed towards a broader clash? And does the new US administration benefit from this dispute? And how?

This aggressive verbal exchange came after Turkey said it wanted to push its forces into the Iraqi city of Sinjar to expel the Kurdistan Workers’ Party (PKK), which is classified on the US-EU list of terrorism and is responsible for “terrorist” operations in Turkey. Ankara wants to break the link between the Iraqi PKK and the Syrian PKK branch, the YPG, operating under the aegis of the US occupation forces in north-east Syria.

The Iraqi security forces, the “Popular Mobilization Forces”(PMF), threatened last month to  attack “the Turkish occupiers and will adopt a determined stance to repulse them” if they break into the Iraqi city of Sinjar.

Ankara considered that the response to its intention to punish the PKK in Iraq came from the PMF and not the Iraqi government. The PMF, the main force that defeated the “Islamic State” when the Army and the other security forces were on the run in 2014, is demonized by the US and the west, indicating it as an “Iranian militia” or “Iranian-backed militia”. Therefore, Ankara believes that the PMF response was inspired by Iran who wanted to send a message to Ankara to stop its expansionist plans in Iraq.

Turkey was very annoyed by the PMF response because these are known to be good fighters and won’t run away from a Turkish army’s advance. Ankara is aware that Baghdad’s central government doesn’t want to declare war on Turkey, and its Prime Minister Mustafa al-Kadhimi is weak. That would have been an excellent opportunity for Turkey to enlarge its control over more Iraqi territory, had the PMF kept it aside.

This is why Turkey considered that Iran’s motive is to protect the PKK and it blamed the PMF for not announcing that it will go to Sinjar to fight the PKK in the city. Consequently, Ankara believes that Iran wants to establish its influence in the region and pursue another agenda: acquire multiple cards through which it can negotiate with the new US administration headed by President Joe Biden – to attract him to the negotiating table further and lift all sanctions if the US wants stability for its forces in the Middle East.

Tehran considers that whenever Turkish forces break into a city they occupy, they never leave it without bloody battles. This is what happened in the Syrian town of Saraqib, which the Syrian Army and its allies liberated after fierce fighting in which the Turkish Army, with its officers and armed drones, participated in, in the first place, to prevent the loss of the M5 road linking Homs and Aleppo.

Moreover, Turkey occupied the Syrian city of Afrin and established 120 religious schools, all affiliated with the Turkish party of President Recep Tayyib Erdogan, the “Justice and Development” party, in which it is teaching the Muslim Brotherhood doctrine. Turkey altered the Syrian curricula in all schools under its occupation, including in Idlib, so they become part of the “empire” of President Erdogan, whose influence is spreading to the South Caucasus (Azerbaijan), Qatar, Libya, Syria and Iraq.It is worth mentioning that there have been Turkish forces in the Iraqi city of Bashiqa for years, despite the Baghdad government’s repeated demands for the Turks to withdraw. On another level, Ankara has reduced the amount of water flowing into the Euphrates, causing the migration of more than a million Iraqi farmers after the drought caused by Turkish dams’ construction. The flow of water is regulated by international law. However, Turkey uses it as a leverage point against the central government of Baghdad when it can.

0 thoughts on “Are Iran and Turkey heading for a new conflict in the Middle East?”