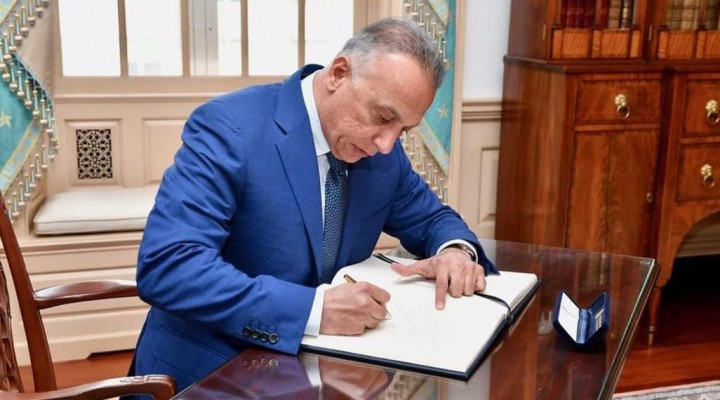 No country could fail to be shaken by the kind of profound struggle between all its political groups that currently prevails in Iraq. The US does not need to make any great effort to sow discord between the parties because they are currently intrinsically fragmented. The removal of Major General Qassim Suleimani from the Iraqi scene– whose personal objective had been to bring the various political parties together – was a major event, but not a game-changer. It did not profoundly modify the Iraqi political scene because he had already failed, two months before his assassination by the US, to persuade the parties to agree on a single Prime Ministerial candidate, following the resignation of Prime Minister Adel Abdul Mahdi. Iraqi politicians put their differences above all else in order to protect their political influences, unmoved by the patriotic duty for unity in the light of the serious challenges facing their country.

Prime Minister Abdul-Mahdi was not mistaken when he once told me: “We do not know how to rule. We are good at opposing the ruler.” No ruler in Iraq will be able to get the country out of its current severe financial crisis, the political acrimony, and COVID-19 health crisis, because the financial means are lacking. The pressure from the street, where protestors were demanding improved living conditions, will return stronger than ever. The low price of crude oil is undermining Iraq’s yearly income. The state’s budget deficit is skyrocketing; its external debts are persistent and its need for help from the World Bank, which is under US control, is greater than ever. America will not provide financial assistance until its demands are fulfilled and Iranian influence is removed from Iraq.

America rejects Iraq’s balancing policy. Iraq considers its relationship with the US only as important as its relationship with neighbouring Iran. Washington wants Iraq for itself, adopting one principle: “after me, the great flood” (après moi le deluge) an expression said to be often used by Louis XV of France to indicate that he is the centre of attention, no other consideration matter but his own self-obsession and that any other considerations are irrelevant.

The US is supporting Iraqi Kurdistan by expanding its “Harir” military base and establishing another large military base on the border with Iran. The message to Baghdad seems blunt: US forces will remain in the face of resistance from those parts of Iraq more subject to Baghdad’s authority. In Kurdistan, the central government authority is not as effective as in other parts of the country. The US supports the Kurdish Peshmerga and arms them through its allies, the United Arab Emirates, who are providing the Kurdish armed men with weaponry: four cargos full of weapons landed recently in Erbil.

It is not excluded, if Trump remains in power, that his administration will help the Kurdistan region detach itself from Iraq, as it may also support a Kurdish secession attempt in north-eastern Syria. In the part of Syria, the US is occupying with Kurdish help, US forces are stealing Syrian crude oil- even if its price is no longer sufficient to pay the expenses of the troops deployed around it- indicating that there is another reason for their presence, related to the US ally, Israel.

Iraqi protestors refer to the United States as the “Joker,” a powerful force exerting influence on events in Iraq, often covertly. This influence was evident in last year’s demonstrations, but most conspicuously in the Kurdistan independence movement. Kurdish officials already rejected the binding constitutional decision of the Iraqi parliament – in a clear rebellion against the authority of Baghdad –which demanded the US withdrawal from Iraq.

Iraqi decision-makers in Baghdad believe that US President Donald Trump acts only in accordance with his own country’s interests. He thanked Adel Abdul-Mahdi for his protection of the US embassy because it was attacked in Baghdad. The US President sent a positive message to Iran through Abdul-Mahdi and then, a few days later, killed the Iranian General Qassem Soleimani. The US administration is also working for Israel’s interests in Iraq – and not according to the “declared” interest of the US in building a strong and friendly Iraq-US relationship.

Trump did not listen to his protests when Abdul-Mahdi called him personally and told him that US actions in attacking security forces were angering the Iraqis and that any unilateral action would have catastrophic consequences for everyone. Rather, Trump listened to his aides who consider the Middle East leaders as subordinates, not allies. This US condescension serves the interests of Iran, which knows how to benefit from American mistakes, said the sources.

There is no doubt that Iraq is facing a crisis, with severe domestic bickering adding to the difficult economic and sanitary situation affecting all countries. But the greatest danger to the country comes from the Trump administration, which can only imagine subduing states by force. The US will certainly end up “reaping the whirlwind” rather than gaining a robust alliance with Iraq.

There is no doubt that Iraq is experiencing difficult labour in the midst of severe domestic bickering, plus the difficult economic and sanitary situation affecting all countries. But even more dangerous is the fact that Iraq is in the eye of the storm, pulled off course by the winds of Trump, who can only imagine subduing states by force. The US will certainly end up “reaping the whirlwind” rather than gaining any kind of robust allies.