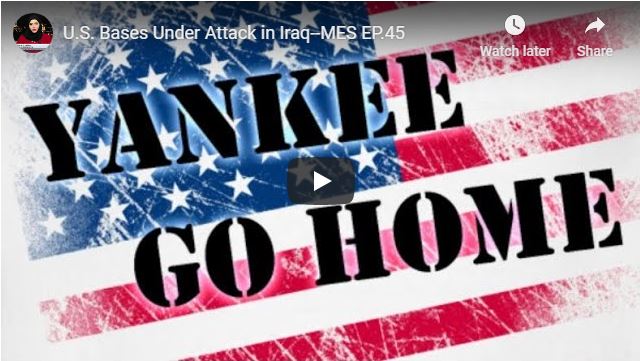 At least three US-led coalition soldiers have been killed after multiple rockets hit an Iraqi base housing US and coalition troops near the capital Baghdad. The attacks came as a retaliatory defense mechanism against the continuous US aggressions on Iraqi soil and against Iraqi anti-ISIS fighters. We discuss this issue with Robert Carter, researcher and journalist from London.

Meanwhile, the U.S. controls all oil fields in the northeastern part of Syria, as Washington and some of its regional allies are vying with each other to seize oil reserves and plunder natural resources in the war-battered country. We discuss this issue with Kevork Elmassian, founder of Syriana Analysis from Berlin.