HOME / WORLD / In a time of pandemic, the US prepares for war – but Iran’s weakness is grossly exaggerated 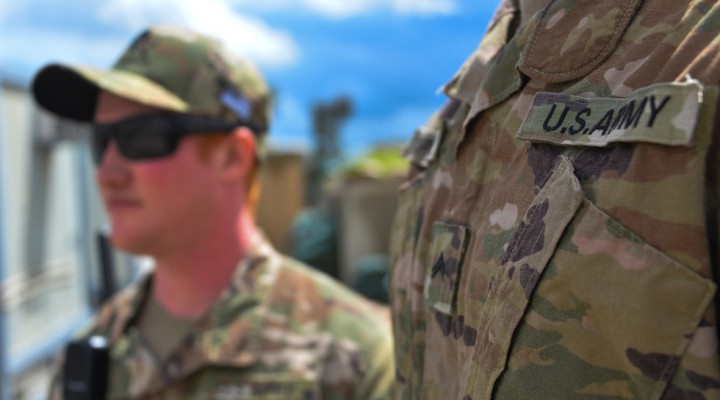 The US prepares for confrontation with Iranian-backed militias in Iraq while Iran struggles to cope with the consequences of the coronavirus inside its borders. This looks like a good time for Americans to strike – but it isn’t.

The US military is engaged in a strategic redeployment of forces inside Iraq, including the deployment of surface-to-air missiles whose only logical purpose was to defend against an Iranian ballistic missile threat. This movement of forces has reinforced concerns that some in the Trump administration might seek to exploit Iran’s perceived weakness brought about by the ongoing Covid-19 pandemic. The reality, however, is far different: Iran is prepared to defend itself using the totality of its defense resources. Any US move against Iran would be a miscalculation with devastating results.

Iran has emerged as the epicenter of the Covid-19 outbreak in the Middle East. As of April 1, Iran’s health ministry reported over 47,000 confirmed  cases with more than 3,000 deaths. To better coordinate a response to this outbreak, the Iranian health ministry announced the formation of a National Coronavirus Combat and Prevention Headquarters which has deployed 30,000 teams operating under the supervision of the Islamic Revolutionary Guard Corps (IRGC) to help in combating the outbreak.

The severity of the Covid-19 outbreak in Iran has been interpreted by some policy makers inside the Trump administration as proof that the ongoing campaign of “maximum pressure,” based upon the application of stringent economic sanctions, has succeeded. These same individuals, whose ranks include Secretary of State Mike Pompeo and National Security Advisor Robert O’Brien, have cited widespread demonstrations in both Iran and Iraq as additional proof of the level of discontent that exists regarding Iran’s theocratic government.

The US has long been involved in a shadow war with Iran over which side can exert the most control over the Iraqi government. The US has taken particular umbrage at the role played by Iranian-backed militias operating under the umbrella of the Popular Militia Forces, or PMF. One of these militias. Khaitab Hezbollah, has been singled out for a series of missile attacks on US bases in Iraq that have killed and wounded several Americans, leading hardliners in the Trump administration, led by Pompeo and O’Brien, to consider larger military operations designed to destroy Khaitab Hezbollah. Some believe that, given the inevitability of an Iranian response, Pompeo and O’Brien are planning for a larger military operation which would include major attacks against Iran that could lead to the removal of the Iranian government.

Recent military moves in the region indicate that the US is preparing for some sort of major action in Iraq. Over the past few weeks, the US has consolidated its forces in Iraq, withdrawing from several more isolated bases and concentrating troops in two larger base complexes, one near Al Qaim and the other at the Al Asad Air Base. The US has begun deploying Patriot missile units to both Al Qaim and Al Asad, ostensibly to protect against missile attacks from Khaitab Hezbollah and Iran.

The probability of a massive Khaitab Hezbollah-Iranian response to any concerted US attack on PMF forces in Iraq has led the US commander in Iraq, Lieutenant General Robert White, to issue a stark warning that any such attack would “require that thousands more American troops be sent to Iraq and divert resources from what has been the primary American military mission there: training Iraqi troops to combat the Islamic state.” General White’s blunt warning is, in fact, an understatement. In their haste to promote regime change in Iran, Trump administration hardliners like Pompeo and O’Brien have exaggerated the vulnerability of the Iranian regime, especially in light of the ongoing coronavirus pandemic, while minimizing the threat to US forces in Iraq.

Iran’s retaliatory missile strike against the Al Asad air base in January drove home the reality that its ballistic missile force possesses precision strike capability. The missiles used in this attack were older variants; Iran has now deployed newer missiles with technological advances that include maneuverable warheads designed to evade US missile defenses. Iran’s ballistic missile capabilities are real, and its threat to employ them in response to any US attack are not bluffs.

A confrontation between the US and the Iraqi PMF that brought in Iran would turn into a bloodbath for all involved. For its part, Iran has shown itself able to walk and chew gum at the same time, meaning that it can simultaneously cope with the Covid-19 outbreak and prepare for a wider war with the US in Iraq. The same cannot be said for the Trump administration. Hopefully saner heads will prevail, and the White House will heed General White’s cautionary advice. The alternative will only bring disaster.

0 thoughts on “In a time of pandemic, the US prepares for war – but Iran’s weakness is grossly exaggerated”