HOME / WORLD / Will Trump lash out at Iraq and Iran? 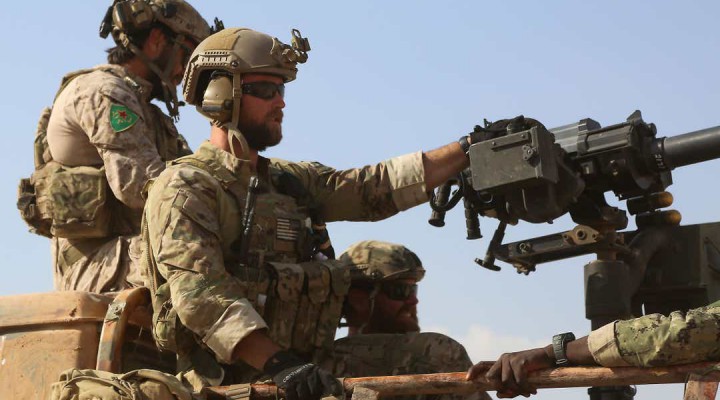 Many people, ourselves not included, have been asking the question: why is the current US administration turning a deaf ear to growing calls by various states and international organizations to ‘suspend’ its economic sanctions against Iran due to the devastating impact of the coronavirus pandemic on the Iranian people. More than 2,600 Iranians have been killed and 38,000 infected so far by the virus.

The New York Times spared us the need to find an answer. It reported at the weekend that plans were being made to launch an imminent major assault against Iraq’s Popular Mobilization (Hashd ash-Shaabi) forces. The aim would be to provoke Tehran and drag it into a military confrontation while it is in a weakened state due to its preoccupation with the coronavirus crisis. The paper said the Pentagon had ordered senior commanders to draw up details of the scheme which would entail the deployment of thousands of extra US troops and much heavy equipment to bases in Iraq and the region.

Earlier this month, Trump ordered unspecified ‘retaliation’ for the death of two American troops and one British soldier in a mysterious attack on the Taji base north of Baghdad. Two weeks on, he finds himself living through the worst of times due to the collapse of his country’s economy and the inadequacy of its public health system in the face of the pandemic, with the US overtaking China and Italy as the worst affected country on earth. Could he attempt to compensate for this personal setback by seeking some kind of ‘victory’ against Iran, either via a proxy war on Iraq’s territory or a direct assault on its own?

The administration’s principal target is the Kataeb Hezbollah group, which it accuses of multiple attacks on US bases as well as the embassy in Baghdad’s Green Zone. Last week, the group issued a statement accusing the US of planning a ‘military coup’ in Iraq in collaboration with an unnamed Iraqi security agency, which would involve airborne assaults on army and Hashd ash-Shaabi bases. The statement threatened to retaliate for any such move by relentlessly shelling American bases.

The US-led coalition in Iraq is on maximum alert. Its local ‘supporters’ — who include Sunni, Shia and Kurdish politicians — have succeeded in creating a state of political chaos by foiling all attempts by their rivals, Iran’s allies, to appoint a new prime minister to replace the outgoing Adel Abdelmahdi. They have twice prevented parliament from mustering the majority needed to hold a vote of confidence in a successor.

The US military command has already reinforced its bases in Iraq with Patriot missile systems following January’s Iranian missile strikes on the Ain al-Assad based in al-Anbar and the K1 base in Kirkuk, supposedly in anticipation of retaliatory attacks by the Hashd ash-Shaabi for the drone killing near Baghdad airport of its deputy leader Abu Mahdi al-Mohandes alongside Iranian commander Gen. Qasem Soleimani.

The US secretaries of state and defence, Mike Pompeo and Mark Esper, the administration’s leading advocates of the war on Iran, want to launch it as soon as possible. They believe the coronavirus outbreak has fatally weakened the Iranian leadership and provides them with a golden opportunity to attack and destroy the regime. They are convinced that deteriorating living conditions due to the combination of coronavirus and sanctions could trigger a popular revolt against it. Hence their rejection of last week’s appeal by the UN secretary-general and eight states, including Russia and China for a suspension of sanctions.

The US suffered a humiliating defeat in Iraq that cost it six trillion dollars, 3,500 dead and 33,00 injured due to the heroic resistance of the Iraqi people to its occupation. It cannot swallow this defeat, especially not in light of the rise of China which threatens to topple it from its throne as the number one superpower where it has sat since the end of the Second World War in 1945.

COVID-19 has vanquished Trump, exposing the incompetence of his administration, the vulnerability of the US economy and the inadequacy of its public health system. His response has been impulsive, arrogant and self-serving. He is behaving like a wounded tiger with the propensity to lash out wildly in any direction.

If he does so, of one thing he can be sure. The resistance that defeated George Bush Junior in Iraq and forced his successor Barack Obama to order a humiliating troop withdrawal will also defeat Donald Trump and put paid to his dreams to win a second term.

0 thoughts on “Will Trump lash out at Iraq and Iran?”