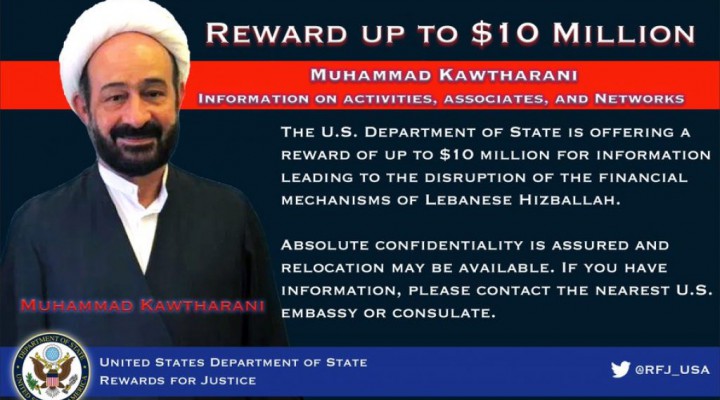 Many people worldwide are aware of the fact that the United States government offers cash rewards to informants who provide information on individuals and groups that it chooses to define as terrorists. The program is referred to as the Rewards for Justice Program (RFJ). It was established in 1984 as part of the Act to Combat International Terrorism and is run by the Department of State’s Diplomatic Security Service (DS). The rewards can be substantial, up to the $25 million that was offered for Osama bin Laden, and they sometimes include resettlement in another country with a new identity for informants whose security is threatened by their cooperation.

The program relies on information provided by local people, referred to on the RFJ website as “tips.” The website itself is accessible in a number of languages and, in its English version, features a headline that promotes its mission as: “Stop a Terrorist Save Lives. The most important reasons to stop a terrorist are all around you. Terrorism kills innocent people in every walk of life. By providing information that prevents a terrorist act, you save lives, protect families, and preserve peace. The United States is offering a reward for information leading to the arrest of persons engaged in terrorism. If you have information that can help, please submit a tip now. Submit a Tip.”

RFJ elaborates its role in very broad terms as “…offering rewards for information that prevents or favorably resolves acts of international terrorism against U.S. persons or property worldwide. Rewards also may be paid for information leading to the arrest or conviction of terrorists attempting, committing, conspiring to commit, or aiding and abetting in the commission of such acts. The Rewards for Justice Program has paid more than $145 million for information that prevented international terrorist attacks or helped bring to justice those involved in prior acts.”

After a slow start in which the program was first called the Counter Terror Rewards Program and then HEROES, by 1997 the site was processing over one million contacts per year. Admittedly, many of the “tips” were little more than bids to obtain cash and resettlement from the American government, but the State Department’s periodic evaluations of the program have considered it to be a success.

Critics note, however, that the reward for bin Laden attracted thousands of calls but no substantive information was obtained. Nor has RFJ been very effective against Islamic radical groups, considered to be its primary target. The website identifies top terrorist targets, but apart from Ramzi Ahmed Yousef, the World Trade Center bomber of 1993 who was also involved in various plots involving airliners in the Philippines, no one important has been identified and arrested through information developed by way of the program. Ramzi was arrested in Pakistan in 1995 after an informant identified him. He is currently in prison in Colorado.

The RFJ program has also claimed several executions of claimed terrorists, to include the killing of two leaders of the Filipino radical group Abu Sayyaf. Many more terrorist leaders, like ISIS head Abu Bakr al-Baghdadi, were killed without any input from RFJ. The relative lack of success against actual militants from groups recognized generally as terrorist, inevitably led to a broadening of the target pool. On December 22, 2011, RFJ offered a $10 million for information leading to Ezedin Abdel Aziz Khalil, the alleged organizer of an al-Qaeda fundraising operation in Iran that send money to Pakistan and Afghanistan. It was the first listing of what was claimed to be a terrorist financier.

Two major current targets of RFJ are, in fact, financiers and fund-raising mechanisms related to Lebanese Hizballah and the Iranian Revolutionary Guards Corps (IRGC). To include them on the list, the United States declared both organizations to be Foreign Terrorist Groups (FTOs) in 1997 and 2019 respectively. Regarding Hizballah, the RFJ website includes “Rewards for Justice is offering a reward of up to $10 million for information leading to the disruption of the financial mechanisms of Lebanese Hizballah. Terrorist groups such as Hizballah rely on financing and facilitation networks to sustain operations and launch attacks globally. Hizballah earns almost one billion dollars annually through direct financial support from Iran, international businesses and investments, donor networks, corruption, and money laundering activities. The group uses those funds to support its malign activities throughout the world, including: Deployment of its militia members to Syria in support of the Assad dictatorship; alleged operations to conduct surveillance and gather intelligence in the American homeland; and enhanced military capabilities to the point that Hizballah claims to possess precision-guided missiles. These terrorist operations are funded through Hizballah’s international network of financial supporters and activities — financial enablers and infrastructure that form the lifeblood of Hizballah.”

Regarding the IRGC, the RFJ site includes “The U.S. Department of State’s Reward for Justice Program is offering a reward of up to $15 million for information leading to the disruption of the financial mechanisms of Iran’s Islamic Revolutionary Guard Corps (IRGC) and its branches, including the IRGC-Qods Force (IRGC-QF). The IRGC has financed numerous terrorist attacks and activities globally. The IRGC-QF leads Iran’s terrorist operations outside Iran via its proxies, such as Hizballah and Hamas… Since its founding 40 years ago, the IRGC has been involved in terrorist plots and supports terrorism worldwide. The IRGC is responsible for numerous attacks targeting Americans and U.S. facilities, including those that killed U.S. citizens. The IRGC has supported attacks against U.S. and allied troops and diplomatic missions in Iraq and Afghanistan.”

The first thing that strikes the casual reader of the descriptions of the cases made against both Hizballah and the IRGC is that much of the “evidence” is unsubstantiated, fabricated or exaggerated. To be sure, neither group is a friend of the United States or of Israel, but the descriptions of worldwide terror operations is largely made up, particularly the claims about attacks against Americans which have been credibly attributed to ISIS, not to Iranian sources or proxies. That Lebanese Hizballah has been gathering intelligence on the “American homeland,” presumably to stage an attack, is complete nonsense.

To cite only one example of how the RFJ is primarily a vehicle for attacking individuals and groups that the U.S. and Israel do not like, one might cite Muhammad Kawtharani. Informants would be rewarded for information on the “…activities, networks, and associates of Muhammad Kawtharani, a senior Hizballah military commander. This announcement is part of the Department’s standing reward offer for information leading to the disruption of the financial mechanisms of the terrorist organization Lebanese Hizballah. Muhammad Kawtharani is a senior leader of Hizballah’s forces in Iraq and has taken over some of the political coordination of Iran-aligned paramilitary groups formerly organized by Qassim Soleimani after Soleimani’s death in January. In this capacity, he facilitates the actions of groups operating outside the control of the Government of Iraq that have violently suppressed protests, attacked foreign diplomatic missions, and engaged in wide-spread organized criminal activity. As a member of Hizballah’s Political Council, Kawtharani has worked to promote Hizballah’s interests in Iraq, including Hizballah efforts to provide training, funding, political, and logistical support to Iraqi Shi’a insurgent groups.”

Well, RFJ gets Kawtharani’s name right and he is a Hizballah commander, but from that point on the story is pure spin and disinformation. The militia groups that Kawtharani presumably associates with and that have been attacked by U.S. forces are not “outside control of the government,” nor are they “insurgents.” They are, in fact, integrated into the Iraqi army. Nor have attacks on foreign diplomatic missions been demonstrated to be their responsibility as the rage against U.S. presence in Iraq is widespread across sectarian lines. Kawtharani is present in Iraq as a guest of the government in Baghdad, as was Qassim Soleimani before him, largely to assist in the fighting against ISIS. And if he is in Iraq to promote Hizballah interests in that country, why should it surprise anyone? In short, his being featured in RFJ is part of a plan to create a major incentive to kill him, little more. If he committed an actual terrorism crime or act, where is it?

Rewards for Justice is not about justice at all, unless one is promoting vigilante justice, as virtually no one who appears on its site is actually arrested and tried. It is a kill list providing the United States with one more tool to target and eliminate political opponents from countries with which Washington is not at war. As it now been expanded to include the targeting of organizations and funding mechanisms of groups that are considered hostile, it is a mechanism for widening the hideous global war on terror that has done such terrible damage to American democracy while also killing hundreds of thousands and upending whole countries worldwide.