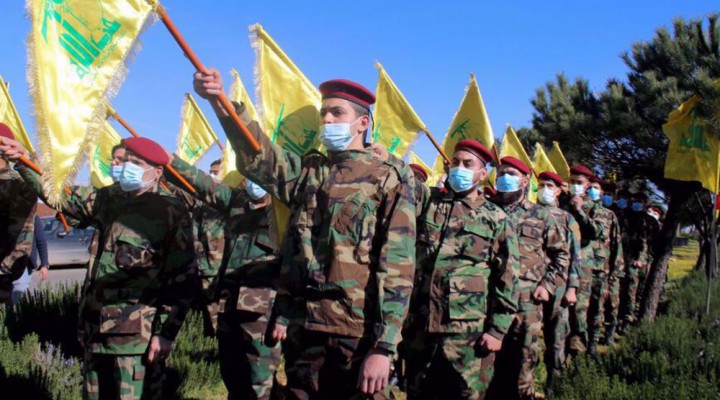 A British independent journalist and photographer says Israel is escalating tensions in the region by targeting resistance groups in a bid to prevent an inevitable war with Lebanon’s Hezbollah.

Speaking to Press TV on Friday, Vanessa Beeley who has worked extensively in the Middle East, said the Tel Aviv regime is becoming “increasingly belligerent and to some degree desperate” under new hardliner prime minister Naftali Bennett.

Bennet “does not believe in a peace process in Palestine, preferring ‘management’ of the Resistance against the Zionist terrorist occupation of Palestinian territory and the brutal siege of Gaza. Therefore, we can expect an expansion of Israeli violence regionally as demonstrated by the recent unprecedented airstrikes on Najaf, Iraq and the bombing of southern Lebanon last week,” she said.

On July 26, two drones targeted an ammunition warehouse belonging to Iraq’s anti-terror Popular Mobilization Units (PMU) or Hashd al-Sha’abi in the holy city of Najaf, south of the capital Baghdad. The PMU said the US and the Zionist regime were behind the strike.

Elsewhere in her remarks, Beeley said Israel knows that a strong Syria is a threat to its security and thus is directly supporting the anti-Damascus terrorist armed groups operating inside the Arab country.

“Israel will be looking to throw the region into chaos in an attempt to prevent the inevitable war with Hezbollah which Israel would surely lose and will be preemptively targeting what it will describe as ‘Iranian militia’ in Iraq and Syria and perhaps even Lebanon, using the familiar pretext of ‘self-defense’ to justify its violation of international law and Geneva convention,” she added.

The journalist also noted that the resistance front in the region has responded to the Israeli attacks and conveyed the message that unlawful acts of aggression will no longer be tolerated.

“We have arrived at a serious tipping point where we have an ultra-extremist PM in Israel who has no desire to broker any kind of coexistence deal with Palestinians and who is ramping up aggression regionally. We appear to be heading towards a major escalation in the conflict between the Resistance axis and Israel,” she pointed out.

“The region is on the brink of a hot war. The leadership of the Resistance axis are visionary and cool-headed especially when compared to the supremacist, extremist Zionist regime,” she said.

“We know from the most recent reaction from the Gaza armed resistance against Zionist tyranny in the Occupied Territories that this conflict has been prepared for some time by the Resistance command centers. Israel knows it faces an organized, well equipped, united armed force if it goes too far but the question is, will Israel back down and the likelihood is no,” she added, referring to the May rocket barrage from Gaza towards the occupied lands in retaliation for the Israeli military aggression.