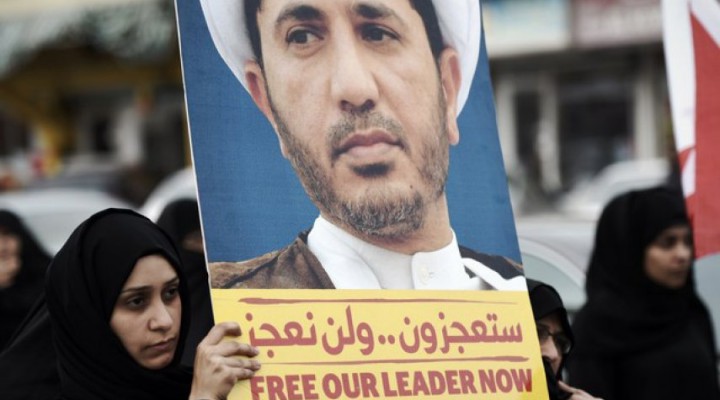 Exclusive– Bahraini Women’s Day is annually celebrated on 1st December as part of an initiative by the so-called Supreme Council for Women, supposedly an umbrella organization tasked to oversee and honor the “achievements and valuable insights and contribution made by Bahraini women”.

Conversely however, this has not necessarily translated into progress for the rights of women in Bahrain. Indeed, Manama has failed to adopt any viable policies that would affect the status of women, who continue to endure the authority’s deliberate efforts to silence its political opponents.

In 2002, Bahrain became the first GCC member to grant universal women’s suffrage. Article 1(e) of the 2002 constitution guarantee women’s suffrage and political participation. On the other hand, the authorities have granted almost no opportunity, particularly, to the Shiite women to be politically presented.

Shiite women remain underrepresented in the legislature, the judiciary, the government and decision-making positions. Further, the remaining educational institutions devoted to Shiite women were arbitrarily shut down such as the Islamic Enlightenment Society (Al-Taweya) as part of the government’s ongoing crackdown over the freedoms of religion and assembly.

Besides, Article 22 of the constitution states, “The State guarantees the inviolability of worship and the freedom to perform religious rites and hold religious parades and meetings in accordance with the customs observed in the country.”

Shiite women (who constitute two-thirds of the indigenous population); however, are not freely allowed to practice their religions and their religious centers have been frequently raided and violently targeted.

Due to the deteriorating economic crisis, Bahraini women often contribute to the family living expenses. Female students tend to specialize in fields that enable them to work in the academic field. But, the government practices a sectarian discrimination in hiring. Consequently, thousands of university women remain unemployed in a bid to retaliate against the popular opposition demanding human rights and political freedoms.

Today the last political prisoner Zakia Al-Barbouri remains behind bars. Zakia is a chemical engineer in her thirties, and she is religious and social activist. She has been subjected to enforced disappearance for more than three weeks in the Criminal Investigation Directorate of the Ministry of Interior (CID).

Zakia has also subjected to arbitrary arrest, illegal trial, physical assault and psychological torture in order to extract confessions related to possession of explosives and weapons and receiving funding from Iran without any evidence. Zakia endures unhygienic conditions in prison; denied health care and a restriction on family visits.

When the Arab Spring made its way to Bahrain in 2011, women participated overtly in a variety of demonstrations. Not only did they joined men in voicing their collective grievances, but also they organised protests on their own. Nevertheless, the authorities immediately suppressed them simply for exercising their rights to free speech and assembly.

Businesswomen, doctors, lawyers, nurses, teachers, activists and housewives voicing their dissent were detained, tortured and exposed to sexual harassment, threats of rape, beatings, electric shock and forced removal of the hijab while in custody at Isa Town Women’s Detention Center.

The authorities systematically silenced women medics who supported the uprisings through providing medical assistance to injured demonstrators. They security forces also raided schools and arrested dozens of teachers and students who partook in the peaceful demonstrations.

A number of female detainees have broken their silence and documented immoral transgressions during and after interrogation with them by the security services.

The government of Bahrain ratified the UN Convention on the Elimination of All Forms of Discrimination against Women (CEDAW) in 2002. In practice; however, credible reports have exposed how female detainees were subject to systematic torture, humiliation, degrading treatment, isolation, lengthy and unfair court procedures.

Bahraini Shiite women have recorded advanced achievements but the government’s policy of sectarian discrimination has limited their success and potentials. They often fail to receive equal job opportunities and they are absent in senior positions.

Meanwhile, the majority of Bahraini women endure systematic violations against their political and human rights. They continue to face arbitrary detention, arbitrary exile and citizenship revocation.

Therefore, the so-called Supreme Council for Women is nothing but a whitewashing platform, which invests significantly in concealing the brutal reality of Shiite women situation. Despite its comprehensive efforts to disguise the truth, the Bahraini government needs to take meaningful actions to empower all women politically and at various levels.

0 thoughts on “Women: Part and Parcel of the Persecuted Shiite Community in Bahrain”