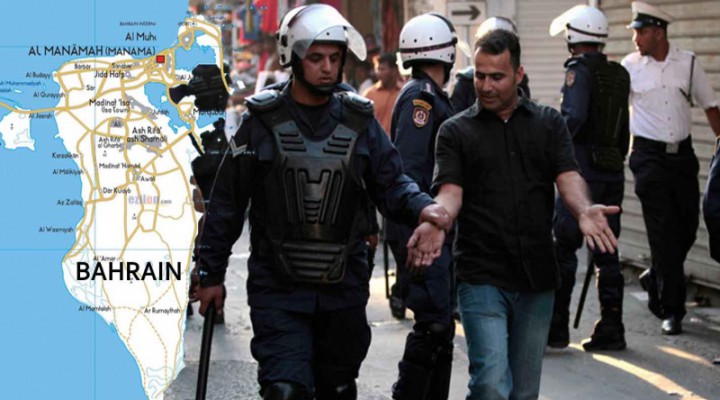 Exclusive, Julia Kassem- It’s been nine years since Bahrain’s February 2011 uprising and, in that near-decade span, the popular grievances and the brutal crackdown against the Bahrainis have all but receded.

The oppression of the Bahrainis has been sustained in part by the prolongation of two myths; that the Bahrain uprising as a brief, failed annal of the throes of the Arab spring bandwagon; and the other, the denial of the ruling elites’ systemic and endemic widespread corruption.

As of 2018, Bahrain is ranked 99th out of a list of 180 countries and given a moderately high corruption ranking of 36 (with 0 being the absolute highest measurement of corruption), a reflection of the grievances that took the Bahrainis by storm not only in 2011 but throughout the mid-to-late 90s “uprising of dignity.”

This mass oppression has a large grounding in the Bahraini regime’s commitment to preserving the rule of the al-Khalifa elite and its both geopolitical and venture-capital allies. The government’s weaponization of austerity, in preserving these capital class interests, also is a means of solidifying and preserving its economic hold on the country.

While it’s true that petty, informal corruption is relatively low in Bahrain, corruption is embedded in the institutional fabric of the government.

One of the most significant aspects of this has been through the massive land-grabbing schemes carried out by the Bahraini government. This land grabbing, especially concentrated and expanding across the coastal borders, has destroyed local livelihoods for local fishermen and rendered public access to the coast completely inaccessible.

Bahrani public lands have been systematically sold and transferred to private investors, particularly, those close to the al-Khalifa ruling family. This has been possible through the negligence and re-appropriation of public lands, the exploitation of planning and registry ambiguities, and the illegal exclusion of state registry and deeds for lands supposed to be public; all assisted in the private takeover of what were supposed to be public properties.

These strategies helped the al-Khalifa clan and their allies amass massive wealth surpluses taken directly from public funds. A March 2010 report uncovered a wealth transfer from the expropriation of a total of around 65 square kilometres of public lands as amounting to $40 billion between 2003 and 2010.

As corrupt officials amassed wealth through land grabs during these years, the concurrent reveal of the 2006 Al-Bandar report uncovered a nearly $3 million plan to systematize the brutal surveillance, suppression, and sectarian targeting of the Shiite population. This included tactics involving secret intelligence cells, fake human rights organizations and issuing of bribes to allied officials.

It is clear that a combination of socioeconomic grievances as well as sectarian discrimination is systemically inflicted upon Bahrain’s popular classes. Following the brutal suppression of the peaceful protests, particularly by Saudi-backed forces, the government clamped down further on dissidents, protestors, activists, and peaceful opposition leaders. Since then, it has essentially banned and suppressed all independent media and critical journalism, most notably in 2017 with the forced shutdown al-Wasat (the country’s only independent newspaper).

The government also continues its routine imprisonment of many peaceful protestors, from religious leaders to children. The Bahraini uprising was followed by the imprisonment of nearly 1,700 minors, who have been incarcerated at some point between 2011 and 2018.

Years after, plans unveiled to infiltrate what remains of Bahrain’s civil society apparatus, the regime shut down all organizations that monitor and blow the whistle on major corruption incidences.

In recent years, the state’s pension has accrued a deficit of 14 billion Bahraini Dinars, up from an already-astronomical 10.6 billion in 2016, with a state deficit for 2020 of 1.6 billion, with a finance official estimating that the state’s public funds will go bankrupt within just eight years. This deficit is thanks to the massive public debts taken out to line the pockets of the elites and pension investors, at the expense of the people that already suffer from low access to benefits public services and a high unemployment rate for its native population at over 30 to 35 percent (as the government rather imports and naturalizes foreign employees).

This public debt is expected to be met with more austerity, including more privatization, happening as the monarchy faces rapid increases in corruption in its private and public sectors. As Bahrain cracks down harder on opposition organizations and parties, effectively turning its government further into an al-Khalifa clan patronage network, corruption will aggravate as royal elites and their allies, evidently, a main source of corruption will face fewer challenges in government to their cronyism.

Furthermore, it has become clearer that Bahrain’s image as a pristine gulf island is shattered by the truth of a government, that, at the expense of its population, has converted the island-nation into a real estate venture for the al-Khalifa clan and their friends. Yet no longer will the Bahraini people, marginalized, oppressed, and left largely unemployed and deprived of basic human rights and services, stand to pay the debts, politically and economically, that the government has inflicted upon them. The deficit, buttressed by corruption, is growing, and so is dissent.

Julia Kassem is a Beirut based freelance writer whose work focuses largely on the intersections between geopolitics and austerity. Her work has appeared in Counterpunch, Mintpressnews, TruthOut, and Al-Mayadeen, amongst other publications, local and international.

0 thoughts on “Growing corruption and repression: Bahrain’s continued suffering under the al-Khalifa regime”