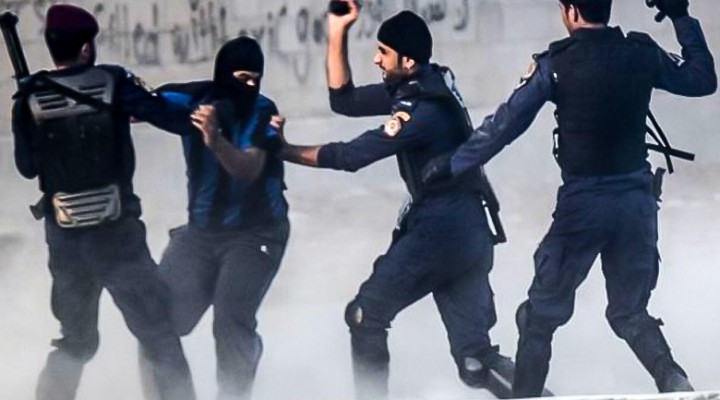 Exclusive– Welcome to Bahrain, the cemetery of the living, the home of chambers of death, the kingdom of widespread impunity, police brutality, extrajudicial killings and repression.

Welcome to Bahrain, where the most gruesome arts of torture are heinously and systematically practised by the security services, including the use of electro-shock devices, forced standing techniques, suspension in painful positions (while handcuffed and exposed to extreme cold or hot temperature), medical negligence, beatings, threats of rape or murder and sexual abuse, etc. in order to inflict permanent suffering on the peaceful prisoners of conscience.

Indeed, little has been done to bring justice to those who perpetrated acts of violence and torture against peaceful demonstrators, despite the BICI’s recommendations to persecute those responsible for torture. The Bahrain Independent Commission of Inquiry (BICI) was established, in July 2011, allegedly charged with investigating allegations of human rights abuses in connection with the government’s suppression of pro-democracy demonstrations.

”All persons charged with offences involving political expression, not consisting of advocacy of violence, have their convictions reviewed and sentences commuted or, as the case may be, outstanding charges against them dropped,” the BICI’s report recommended.

The authorities; however, have spared no efforts to investigate and prosecute security personnel and high-ranking officials who have involved in or administrated torture. Those include, for instance, Prince Nasser bin Hamad Al Khalifa, Lt. Col. Mubarak Abdullah Bin Huwayl and Lt. Shaika Nura Al Khalifa, who were acquitted on all counts.

Prince Nasser, aka the Torture Prince of Bahrain, is the king’s son of the King, has tortured activists during the 2011 pro-democracy protests. Due to his immunity and the prevailing culture of impunity within the country, he has not been held accountable and continues to receive promotions and rewards rather than being imprisoned.

Bahrain’s security services have repeatedly resorted to torture for the apparent purpose of extracting confessions from human rights activists and political detainees. For instance, Maryam Al-Bardouli, Commander of the Isa Town Prison, has also assaulted many female political prisoners especial Zakia al Barbouri, the only remaining female prisoner of conscience.

Lawyer and legal adviser to SALAM human right organization Ibrahim Serhan recounts the severe torture he was subjected to in 2017, describing how he was stripped naked in front of other inmates as officials threatened to sexually torture him, a crime that frequently takes place during interrogation in Bahrain. This practice continues to take; however, many remain silent as they fear retribution or to be stigmatised.

Activists maintain that the international community and in particular the UK have played a central role in covering up torture in Bahrain. The University of Huddersfield, a UK-backed institution, enjoys a suspected multi-million-pound training contract with Bahrain’s Royal Academy of Policing, a notorious hub of torture.

0 thoughts on “Bahrain: A Police State Built on Intimidation and Torture”