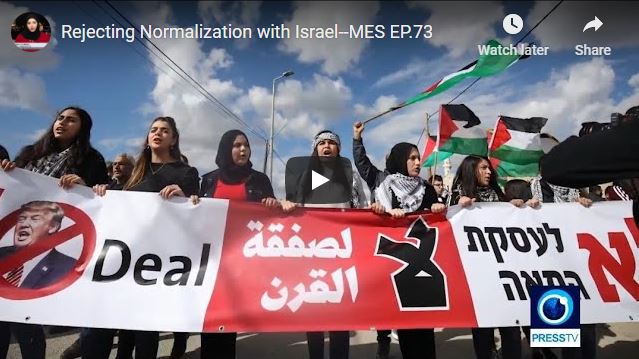 The recent bilateral agreements simply formalized the normalization of Israel’s already thawing relations with the United Arab Emirates and Bahrain. But the agreements do not address the decades-long conflict between Israel and the Arab population because of the Palestinian cause, who view the pacts as a stab in the back of their fellow Palestinians and a betrayal of their cause for a Palestinian state. To discuss this issue with us from London is Jawad Fairouz Former Bahraini MP.

It is not a secret that US President Donald Trump is obsessed with either voiding or emulating the legacy of his predecessor, Barack Obama wanting to stack up enough peace-making deals to earn the elusive Nobel Peace Prize, just as Obama did in 2009. Gratifying Israel has been at the center of Trump’s fixation on collecting foreign deals as trophies, announcing them on Twitter and summoning the concerned parties for a photo opportunity at the Oval Office, so American voters can watch him first-hand demonstrate his skills in “the art of the deal”. How will this deal impact west Asia? To discuss this issue with us from London is Mick Napier, Founding Member of the Scottish Palestine Solidarity Campaign.