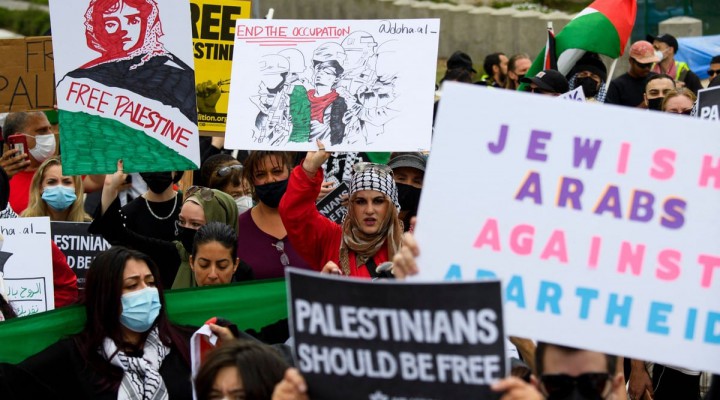 The international community’s non-committal attitude towards Israeli colonial violence in Jerusalem and Al-Aqsa is not new. It does, however, build upon the established narrative in 2019, when the former UN Special Coordinator for the Middle East Peace Process, Nickolay Mladenov, blamed the Israeli bombing of Gaza on the Palestinians. Likewise, the EU had embarked upon similar rhetoric. To call upon Israel to stop bombing Gaza would do much damage to the international community’s humanitarian policies, not to mention the challenge that would arise to Israeli impunity.

As Israel continues with its current aggression this year, including airstrikes on Gaza, the UN has veered away from blaming Israel. UN Special Coordinator for the Middle East Peace Process, Tor Wennesland, opted for the “leaders on all sides” discourse, while obliterating all references to Israel’s intent to colonise Jerusalem. “The UN has remained in close contact with all relevant parties to de-escalate the situation. This dialogue has been constructive and I encourage continued engagement between the relevant parties,” Wennesland’s statement partly read.

Only there is no proof of constructive dialogue when considering that Israel has escalated its attacks against the Palestinian people. Reports on Al-Jazeera of Israel bombing Gaza and damaging civilian homes in the enclave are not indicative of constructive dialogue, particularly when considering the repetitive patterns of Israeli violence since Palestinians across all of colonised Palestine united against the planned evictions at Sheikh Jarrah.

So, whilst the UN may be keen to portray the current violence as a separate incident, Israeli colonisation has both precedent and continuation. With Palestinians continuously let down by their leaders, it is likely that more organised resistance among civilians will emerge, while Israel will have to deal with the realisation that its overtures towards the Palestinian Authority, for example, are not as efficient as the media would have readers believe. The increased focus on strengthening the PA to weaken Hamas is just one narrative which is becoming increasingly isolated, when considering that Palestinians are not waiting for political leadership to take action against Israeli brutality.

However, both the PA and the Palestinian people are isolated in different ways. The PA, eager as it is to safeguard its illegitimate rule, has turned towards Israel and only exploits Palestinians when it is incumbent on it to appear concerned over Israeli violations. In reality, the PA’s security services are one prime example of Ramallah’s allegiances and policies which have, in turn, rendered it a leadership lacking the support of the people.

Palestinians, on the other hand, are isolated in their determination to both preserve what is left of Palestine and to demonstrate that Israel’s violence has been ongoing since the Nakba of 1948 – a narrative that the international community refuses to acknowledge. What is happening this year in Jerusalem and Al-Aqsa may turn out to be a repetition of last year’s horrific display of Israeli violence, yet to take that perspective is both short-sighted and a disservice to the Palestinian people. It would only serve Israel’s interests to stop at a brief observation and mark this latest aggression as a recapitulation of last year’s violence. However, maintaining a persistent approach that links the current brutality to decades of colonisation is what will create a direct confrontation with Israel’s fabricated security narrative.