HOME / WORLD / On par with Saudi Arabia: Manama launches an attack on Lebanon 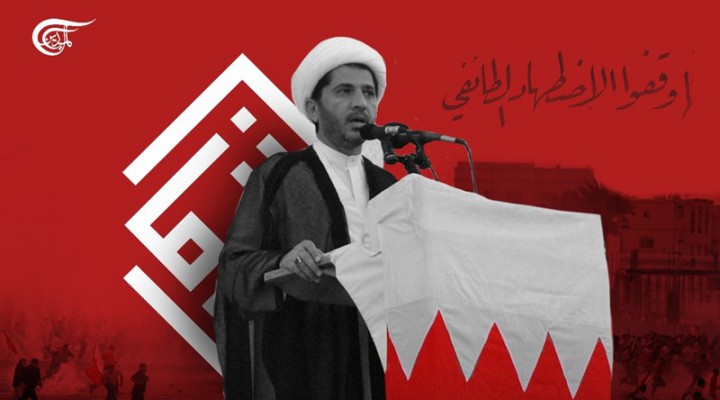 Manama is accused by International organizations of committing torture against political prisoners. Not only does it revoke citizenship from its citizens, now it continues to chase them in their exile.

During a press conference held in Beirut on Thursday, Dec, 9th, Bahrain’s top opposition bloc, Al-Wefaq, launched its annual report monitoring the alarming human rights situation in the country, entitled ‘The Epidemic of Violations’. The report accused the Bahraini government of arbitrarily arresting thousands, including hundreds of women and children, issuing hundreds of politicized sentences, and torturing hundreds of political detainees.

Meanwhile, Bahrain’s Ministry of Foreign Affairs submitted a strongly worded protest to the Lebanese government, labeling the Al-Wefaq’s activists as “hostile personnel designated on supporting and sponsoring terrorism lists, with the purpose of broadcasting and promoting abusive and malicious allegations against the Kingdom of Bahrain”.

The statement considered that hosting the press conference is an “unacceptable act, which is a flagrant violation of the principles of respect for the sovereignty of states and non-interference in their internal affairs, in contravention of international charters and the charter of the League of Arab States”.

A court in Bahrain arbitrarily dissolved Al-Wefaq in July 2016, accusing it of helping to foster violence and “terrorism” in the island kingdom. The ruling came amid the escalating crackdown on the peaceful opposition in the aftermath of the 2011 pro-democracy protests. Then, the UN Secretary-General Ban Ki-moon deplored the dissolution,  dubbing it “the latest in a series of restrictions of the rights to peaceful assembly, freedom of association, and freedom of expression in Bahrain”.

Bahraini Human rights activist Sayed Youssef Al-Mohafada  tweeted that the Ministry of Foreign Affairs’ statement was marred by inaccuracies, saying, “No person participated in the human rights conference is, internationally or locally, classified on the terrorism lists,” adding that “holding conferences does not violate international conventions, as the statement claims.” Sayed Al-Mohafada noted that “those who wrote the statement are not familiar with international law, human rights law, humanitarian law, and Lebanon’s domestic laws that guarantee freedom of expression”.

Al-Wefaq’s report states that it has observed 20,068 arbitrary arrests of citizens between the onset of the popular movement in February 2011 and mid-2021 this year, among them 1,716 children and more than 300 women. It adds that 1941 politicized judicial rulings were issued during the past two years, including 198 life imprisonment sentences and 309 cases of citizenship revocation, while the number of violations of detainees has reached 1,320, most notably medical negligence, torture, electric shocks, or enforced disappearance.

Returning to Beirut, Lebanese Prime Minister Najib Mikati’s media office issued a  statement requesting an immediate investigation. The Prime Minister “affirms his refusal that Lebanon be used as a platform to offend and insult the Kingdom of Bahrain”, stressing his “keenness on maintaining the strong historical relations”.

Activists on social media got frustrated with Mikati’s statement saying he has given up Lebanon’s minimum level of sovereignty making it a vassal of the monarchies of oppression, injustice, and dictatorship. It once again highlights one of Bahrain’s most blatant systemic policy of citizen revocation, which coincides with the systematic policy of political naturalization, which has led into serious political, social and economic implications in the country.

Bahraini opponent Ali Al-Fayez tweeted, “The [Bahraini] opposition has held tens or even hundreds of press conferences, seminars, and vigils (including the ongoing strike of Ali Mushaima in front of the [UK] embassy in London), and it has political relations in the eastern and western world. This media intimidation against Lebanon is based only on a cheap failed policy led by Saudi Arabia.”

Bouthayna Ollaik, the Lebanese Radio talk-show host, commented, “Some people in Lebanon want to be leaders of a farm, not of a state, and they invented the saying ‘Lebanon’s strength is in its weakness,’ so that they would not bear the responsibility of protecting and defending it, and to remain subject to the foreign tutelage”.

Since 2011, the Bahraini authorities have revoked the citizenship of at least 700 nationals, 232 in 2018 alone, in a process that lacks adequate legal safeguards. This includes many human rights defenders, political activists, journalists, and religious scholars, etc. leaving many stateless, and some have been deported.

In his book “Stateless”, a book about his citizenship revocation in Bahrain, Dr. Ali Ahmed Al-Dairi, a Bahraini critic, academic, and researcher specializing in speech analysis, states that “the state of revoking your nationality plunges you into an existential ordeal that has no treatment or cure”.

“Bahrain seems intent on earning the dubious honor of leading the region in stripping citizenship,” said Eric Goldstein, deputy Middle East director at Human Rights Watch. “While authorities claim that these acts are linked to national security, they are in fact punishing many people merely for peacefully voicing dissent”.

Last May, SALAM for Democracy and Human Rights, an independent Bahraini NGO that endeavors to preserve universal principles of dignity and respect by shielding democracy, launched during a webinar, a  report entitled ‘Arbitrary Revocation of Nationality in Bahrain: a Tool of Oppression.’ According to SALAM, “This arbitrary practice affects not only the victims, but also their families and future generations. Bahrain should reinstate full citizenship to those who were impacted, provide them with an effective remedy and reparation, and dismantle the arbitrary laws which enable citizenship revocations.”

Just today, Human Rights Watch (HRW) has called on Manama to release its political prisoners ahead of the National Day celebrations. HRW urged the regime “to free everyone imprisoned for exercising their right to freedom of association, peaceful assembly, and expression, including rights defenders, opposition activists, and journalists.” HRW said those who remain confined to “degrading prison conditions, are in part because Bahrain’s powerful allies, like the United States and the United Kingdom, do not speak out against Bahrain’s serious human rights violations”. HRW’s Michael Page noted that Bahrain has one of the highest incarceration rates per capita in the Middle East, adding that the authorities arrested and prosecuted 58 online activists between June 2020 and May 2021 alone.

Beirut, indeed, has always been a safe refuge for a large gathering of Arab opponents, revolutionaries, and nationalists. Of course, a human rights conference like Al-Wefaq’s was and will not be the first nor the last for the Bahraini opposition in an Arab capital, which has once warmly hosted Ghassan Kanafani, Nasser Al-Saeed, George Habash, and others.

Consequently, we ask: Are the Lebanese officials, the servants of the reactionary Gulf regimes, aware that, by their shameful statements, are compromising Lebanon’s sovereignty and making it a subjugated vassal of their tyranny? Have they ever heard that these activists have been forcibly exiled by Manama after they were unjustly and aggressively deported to be placed by terrorist mercenaries? Then, how has the concept of freedom of expression got to have double standards? What about the shameful Syrian opposition conferences, which have been held in Beirut for years, to ward off blasphemy, terrorism, and systematic atrocities against the Syrian people? Shall Beirut turn into a new ward of the notorious Jaw prison, in which Manama commits the most heinous human rights violations as documented by major international human rights organizations?

0 thoughts on “On par with Saudi Arabia: Manama launches an attack on Lebanon”