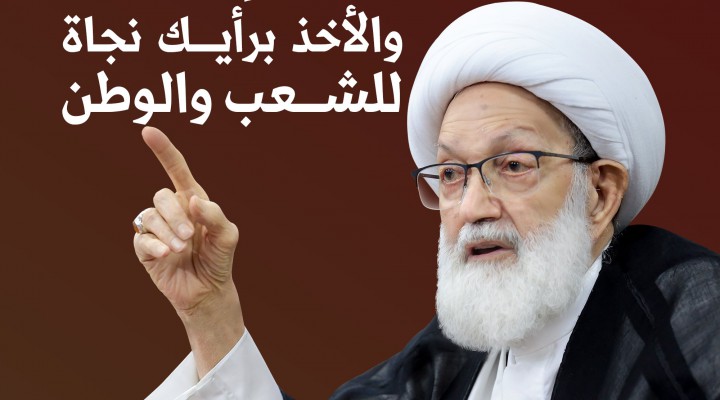 EXCLUSIVE- Since years, the consecutive American administrations and their embassy in Manama have aligned with the tyrannical regime against the aspirations of the vast majority of peaceful Bahrainis calling for democracy, freedoms and the release of political prisoners.

Via Twitter, on September 18, 2021, the embassy blatantly applauded Manama’s so-called Alternative Penal Code, which is nothing but a disguised form of political repression meant to silence dissents and escalates injustice.

The embassy tweeted, “The United States welcomes Bahrain’s expanded application of its alternative sentencing law and this week’s release of prisoners. The United States supports the kingdom’s continuing efforts to strengthen its judicial processes”.

The United States welcomes #Bahrain’s expanded application of its alternative sentencing law and this week’s release of prisoners. The United States supports the kingdom’s continuing efforts to strengthen its judicial processes.

Indeed, this means that Washington supports Manama’s arbitrary sentences against political detainees and unjust judiciary instead of pressuring it to unconditionally release 4K+ political prisoners with reparation for the violations that they have endured, to grant citizens full freedoms and inherent rights, to encourage serious dialogue and to strive for a real democratic political transition in Bahrain.

The Alternative Penal Code is popularly rejected as it is incompatible with lowest standards of human rights. There is an aggravating political plight in Bahrain, which has escalated in the aftermath of normalization of bilateral ties with the Zionists. The parliament is useless and represents an epitome of dictatorship.

In his recent statement, Bahrain’s highest Shiite religious authority Ayatollah Sheikh Isa Qassim has criticized both the regime and the opposition for their lackluster pursuit of national stability describing it as having no serious and fair content, and warning the regime that a sham settlement will fail to challenge injustice and marginalization experienced by the people.

Ayatollah Qassem called on the opposition to unite and not to stand idly by watching the practices of the ruling regime.

Elsewhere on Twitter, Ayatollah Qassem made the claim that the weight of the opposition can only be determined through a free and popular vote, which he believes would expose the disparities between the regime and the people on a range of issues including the normalization deal.

Responding to Ayatollah Qassim’s latest statement, Bahrain’s top opposition bloc Al-Wefaq has reiterated its call for political dialogue and underscored the need for a comprehensive national project through a serious dialogue that achieves sustainable stability.

It also vowed to coordinate and communicate with the rest of the opposition forces to build a just and democratic country and to work hard in achieving the aspirations of our people and the desired political transformation that makes Bahrain just, stable, inclusive, and secure.

The opposition movement expressed its readiness to take on challenges, including the government’s refusal to dialogue, its insistence on the continuation of the dispute, and the lack of national consensus.

Instead of condemning tyranny in Bahrain, the United States has only inflamed tensions around the world by waging wars and provoking confrontations. This is the American exceptionalism! The US has long overused double standards in Bahrain by abandoning what is in conflict with its interests and turning a blind eye to the people’s grievances. The United State’s hegemony has undermined their peace and led to disastrous consequences.