HOME / WORLD / Manama’s hostility against Doha escalates on the eve of the World Cup: A clumsy policy that always wastes opportunities!

Manama’s hostility against Doha escalates on the eve of the World Cup: A clumsy policy that always wastes opportunities! 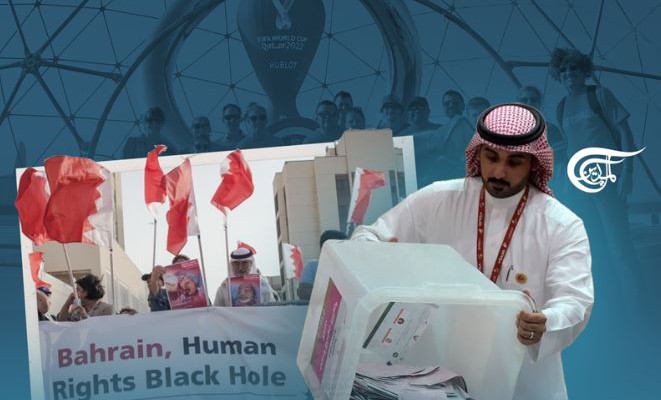 Bahrain insists on tweeting out of the flock by abandoning the revenues that it can reap from this season and defiantly boycotting Qatar, at a time when wisdom requires seizing such a golden opportunity.

Ahead of the inauguration of the 2022 World Cup in Qatar, Bahrain records a new diplomatic failure in the history of its – external and internal – self-made crises by squandering such a golden opportunity necessary to revive its crumbling economy.

The authorities carry on the path of animosity against Qatar as the Speaker of the Arab Parliament – Adel Al-Assoumi – (who is Bahraini) insists on not condemning the suspicious incitement campaign against Doha.

For its part, the Qatari Shura Council has denounced Al-Assoumi’s “failure to condemn the malicious campaigns” describing it as an “unfriendly personal behavior” that “contradicts the principles on which this parliament was established” and serves agendas that “are not in the interest of Arab peoples.”

It is noteworthy that Al-Assoumi has just failed recently from running in the parliamentary elections after a Bahraini court confirmed that he committed an illegal electoral measure, and therefore, lost his parliamentary status.

Hence, Bahrain tops the list of the Gulf nations who failed to benefit from the World Cup in Qatar – economically and touristically – albeit vital to revive its economy due to the policy of arrogance and fabricating reckless rivalries, starting with its own people and ending with the neighboring Qatar and Iran.

On their part, the neighboring sheikdoms have overcome the long-term dispute to take advantage of the economic tourism opportunity, as Qatar faculties alone will not be able to host the football masses, and it is expected that reservations will increase in Dubai and the eastern region in Saudi Arabia, in addition to the air agreements concluded to operate daily flights.

It is noteworthy that Gulf Air does not organize flights to Iran and Iraq – which thousands of Bahrainis visit annually – while it operates daily flights to the occupied territories.

In June 2017, Riyadh, Dubai, and Manama severed diplomatic ties with Qatar, after which land borders were sealed, overflights were banned and shipping lanes were closed. The cordon has attempted to cut Qatar off from the rest of the world.

Analysts believe that the issues cannot be resolved, essentially since they are not merely political – but lie in a long-running tribal feud.

Yet again, the reckless policy results in Bahrain losing huge financial returns from the most important sporting event, while the taken step of the Gulf neighbors is more insightful and would revive their tourism and economic sectors (hotels, banks, markets, transportation… etc.).

Bahrain insists on tweeting out of the flock by abandoning the revenues that it can reap from this season and defiantly boycotting Qatar, at a time when wisdom requires seizing such a golden opportunity.

A rational state that is keen on the interest of its people transcends arrogance and crises and takes advantage of opportunities. As for the policy of unilateral rule pursued by Manama, it is a sign of failure.

So far, Bahrain has missed two opportunities, the World Cup opportunity to better its relationship with Qatar, and the election opportunity to reconcile with its people and revive its stagnant political life; a regime that endures an alarming isolation, which translates into a proactive rush toward a weak, dilapidated, and defunct Zionist entity and pursuing a brutal policy of oppression and denial of the Bahraini popular will.

0 thoughts on “Manama’s hostility against Doha escalates on the eve of the World Cup: A clumsy policy that always wastes opportunities!”