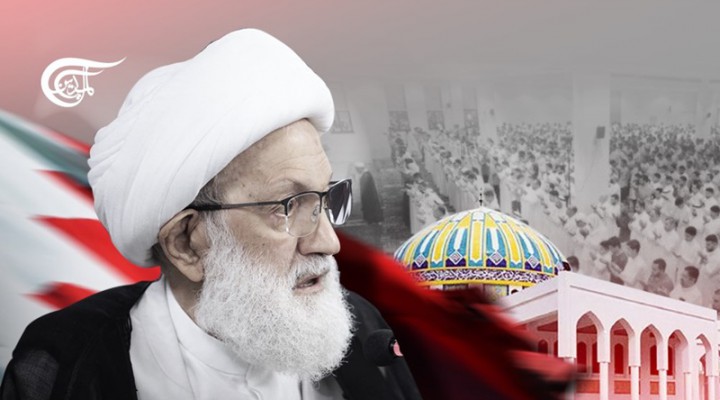 The pulpit of Bahrain’s oppressed and deprived people, for decades, used to firmly appeal for stolen rights, reforms, rapprochement, and reconciliation.

With the resume of Bahrain’s central Friday congregational prayer for Shiite citizens in the Imam Al-Sadiq mosque in the village of Duraz, the popular and political concerns have again been brought to the pulpit of Ayatollah Sheikh Issa Qassim, the spiritual leader of Bahrain’s Shia community. That pulpit for long has been used to address the people’s dilemmas resulting from the wrong policies pursued by the regime that controls their wealth and fate.

The pulpit of Bahrain’s oppressed and deprived people, both Sunnis and Shiites, for decades, used to firmly appeal for stolen rights, reforms, rapprochement, and reconciliation, and call for a comprehensive, sound, and a realistic approach to the political and rights reality.

Henceforth, this perturbed the government and its security services, which assiduously tried to deviate its moderate sermons and those of the Bahraini clerics. Indeed, those religious leaders have positively contributed to controlling the masses, adjusting their discourse, and preventing attempts to divert them into violence.

The auspicious resume of the central prayer coincides with the anniversary of the 23rd of May, known as the anniversary of the five martyrs of redemption, who fell in defense of the religious and national leadership of Ayatollah Qassem in 2017, a year after the arbitrary revocation of his citizenship due to his keenness to renounce atonement and combat corruption, and his repeated calls for fairness to all citizens.

His Eminence is the most senior cleric of Bahrain’s Shiites, who constitute an estimated 65% of the country’s citizen population. In 1972, he was elected as a member of the historic Constitutional Assembly, which wrote Bahrain’s first constitution.

On June 20, 2016, Bahrain’s Ministry of Interior arbitrarily stripped the citizenship of Ayatollah Qassim, rendering him stateless. In a statement, it claimed that Ayatollah Qassim, through sermons and religious edicts, had “fomented sectarianism, collected funds unlawfully, and exploited the religious pulpit for political purposes to serve foreign interests.”

In response, hundreds of followers began a peaceful sit-in around his home on Duraz. For their part, the authorities subjected the village to an unprecedented lockdown, in what is a form of collective retribution. All major and minor entrances were sealed off with concrete slabs, sandbags, police cars, and barbed wire. Besides, all major Internet Service Providers enforced an internet blackout for long hours.

One year later, on May 21, 2017, and just a day after former US President Trump met Bahrain’s King in Riyadh and told him there would be “no strain” between their two countries, Ayatollah Qassim was sentenced to a one-year suspended sentence on fabricated charges of “money laundering”, solely linked to the religious practice of Khums – a religious donation to senior clerics, who, in turn, distribute it for religious and charitable purposes.

Two days later, on 23 May 2017, police stormed into Duraz and, using excessive force, arrested over 280 armless protesters and brutally murdered 5 (aka martyrs of redemption).

Due to the culture of impunity, no one has been held accountableو and Duraz remained under a police blockade with a permanent police presence outside Ayatollah Qassim’s house, which led to the deterioration of his health, for which he later left Bahrain to receive medical treatment abroad.

For those interested in understanding Bahrain’s politics, it is essential indeed to study and reflect on the sermons of Imam Al-Sadiq mosque to comprehend the ongoing crisis, as it approaches not only religious but also political and rights appalling issues.

Through this platform, various unifying national stances were expressed, reflecting the visions of the moderate opposition seeking to build a robust state that does justice to all its citizens and preserves their national identity, rejecting sectarianism, denouncing global arrogance and imperialism, supporting the Palestinian cause, and rejecting the temporary occupying entity.

Decades of systematic persecution arrests and displacements of political and religious figures, stifling inalienable freedoms, and silencing the opposition have all failed to curb this national, religious, ideological, political, and pro-rights platform, and to intimidate the people who are getting more and more insistent on their legitimate, non-negotiable rights.

On the other hand, there were pulpits in Bahrain that incite blasphemy and hatred, call for takfir, send aid to the terrorists in Syria, and encourage the futile aggressive war on Yemen.

Accordingly, the large crowds this week have reflected, as the International Quds Day rallies and despite the escalating political circumstance, the failure of the repressive security policy.