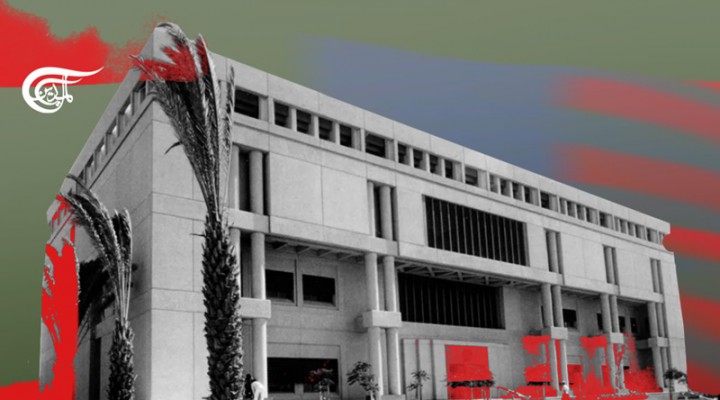 It is nothing but a tribal regime that rules Bahrain unilaterally with an iron fist, gives no importance to the people’s opinion and axioms.

For the second year in a row, the US embassies in the Persian Gulf monarchies ignore the conservative Islamic views, and even some laws that ban homosexuality, over public expressions of pride and support for the LGBTQ movement, at a time it turns blind eyes to the grave rights violations, particularly amid the current horrible outbreak of contagious tuberculosis.

Bahrain’s highest Shiite religious authority Ayatollah Sheikh Isa Qassim angrily condemned the move, saying that the West’s promotion of the LGBTQ movement is an attempt to transform human societies into “animal societies”, adding, “this is progress in the eyes of America and the West”.

For his part, Sayed Abdullah Al-Ghuraifi, a senior Bahraini cleric has affirmed his rejection of blatantly encroaching on the values ​​and ideals of the people of Bahrain, asking, “Isn’t it a shame to hear in this prominent country, known for its religiosity and unwavering values, ​​calls that neglect religion and promote homosexuality and lesbianism, in a country like Bahrain, and before a people known for their authentic affiliation to the Islamic values?”

In Bahrain, the provocative posts have caused outrage among the protesters who took to the streets to blast the move. Online campaigners too have widely articulated their denunciation of this insolent move, using the Arabic hashtag “#البحرين_أرض_الطهارة”, (meaning: Bahrain is the homeland of purity).

They have jointly stressed that June is the month of rejecting homosexuality as it rudely infringes on human nature and instinct, and encroaches on religion and traditions. Moreover, they have affirmed that “Bahrain is proud of its adherents to the law of God,” calling on those “who set foot on the Islamic land of Bahrain to be decent and venerate the people’s faith”. They have also addressed the parents, educators, and concerned bodies to confront this alarming deviation.

For their part, Bahrain’s senior religious scholars have described the move as “provocative behavior” on the part of Washington’s foreign mission. “It is a blatant disregard and a clear abuse of the system of values which the Bahraini society believes in, regardless of its religious affiliations,” the scholars said in a statement.

While Kuwait has summoned the U.S. chargé d’affaires over the posts, no official position was issued by the Manama authorities condemning these repeated insults, despite their gravity and blatant defiance of Islam.

According to local observers, this silence explains the flagrant silence over a grand agenda through which the regime seeks to distort the cultural identity of the country, by turning it into a fertile ground for secularism and atheism. They claim that the regime aspires that Bahrain gets contaminated by infidelity, corruption, moral decay and descending Western culture under the pretexts of freedom, democracy, and human rights.

So, the Bahraini regime, which often allegedly claims to respect religions, has so far been silent about this despicable attempt to strike Islam, that completely rejects homosexuality; a silence that is in parallel to the issue of normalization, which the Bahrainis completely reject too, and which is also intended to distort Bahrain’s genuine identity. It does not imitate the West’s advancements but its culture of vice and moral bankruptcy. It shamelessly and wholeheartedly embraces and flirts with the Zionists as well. However, it encroaches on freedoms, squanders wealth, loots the pockets of the poor, and unjustly deprives citizens of equal job opportunities and a decent life.

Obviously, it is nothing but a tribal regime that rules Bahrain unilaterally with an iron fist, gives no importance to the people’s opinions and axioms. Further, it only passes laws and projects that shield its throne and interests, the most dangerous of which was empowering the Zionists to intimidate the security and capabilities of Bahrain and Bahrainis.

Apparently, the US Embassy in Bahrain heinously disregards the religious identity of the people of Bahrain. Last year, and on such a similar incident, the US embassy too found itself in hot water over a decision to fly the infamous LGBTQ flag to mark so-called ‘Pride Month’, sparking popular outrage.

Then, Ayatollah Qassem addressed both the US and the Bahraini government, saying, “O America and the government of Bahrain, the Islamic Bahrain is not a corruption farm nor a place to announce and promote what God has forbidden, nor to violate the greatness of Islam”.

His Eminence, further, stressed that “the people of Bahrain are a people who are resistant to corruption, and homosexuals are a title that means lesbianism and homosexuality, and they are both big sins that are radically prohibited ” pointing out that “Bahrain is not America, neither in its secularism nor in its morals.”

Likewise, more than 240 Bahraini clerics, stressed that this behavior is offensive and is far from diplomatic norms. They said in a joint statement that it is “a challenge to the religious foundations, moral etiquette and societal norms of the people of Bahrain”, affirming that “Bahrain and its people are proud of their belonging to the true Islam, and its loft values ​​and principles, which are in harmony with common sense, framed by the framework of virtuous morals, and defined by the right legal borders, and this is part of their religious and national heritage that they do not accept harm from anyone”. The clerics maintained that the “alienable rights, which are violated in Palestine and the world are what must be defended, not this moral degeneration”.

Accordingly, it is crystal clear that Washington attempts to segregate the religion, and relentlessly dwindles its role in regulating people’s lives, bearing in mind that the majority of Bahrain’s political currents are ideological religious movements. These mainstreams religion firmly believe in resisting injustice and confronting the occupation, its conspiracies, and imperial arrogance.

While Washington’s embassy deems homosexuality a legitimate right, it disregards the startling rights plight of the people of Bahrain, and that of its leaders and elites who are arbitrarily detained.

Promoting homosexuality is just like promoting despicable normalization, as well as promoting takfirism and extremism.

During the past decade, Washington has unrestrictedly supported the takfiri movements, as Hillary Clinton has herself has once openly admitted, in an inexorable effort to shake the security of our people in the region, and “to weaken them”.

Hence, it seems that the US administration finds in the Bahraini regime the easiest gateway, strategically and geographically, to pass its demonic agendas through which it is intended, as part of the well-known soft war tactics, to deviate the faithful Bahraini community, and to distract it from its renaissance values that resist all arrogant schemes.