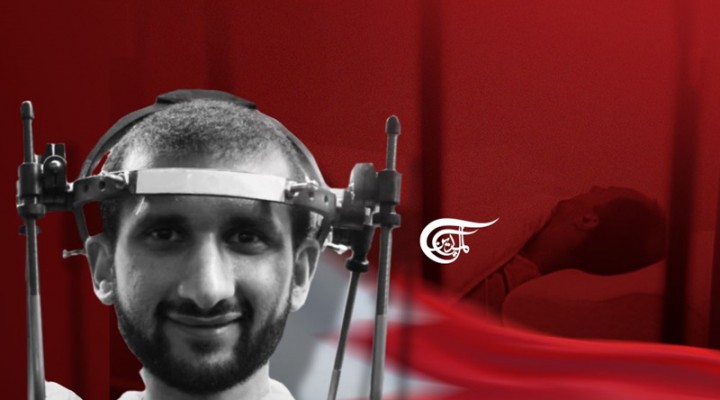 According to a study by the Bahrain Center for Human Rights, issued in April 2020, 74 Bahraini political detainees have died inside prisons since 2011.

Bahraini rights activists, including prominent advocate Ibtisam Al-Sayegh, are sounding the alarm over the spread of the highly contagious pulmonary tuberculosis in Jau Central Prison, which houses many of the country’s highest-profile political detainees, and where lengthy delays in medical treatment increase the risk of deliberate liquidation.

The suspected detainees who are reportedly infected with tuberculosis have shared a cell with a recently-released detainee Ahmed Jaber. Ahamd was discharged in late February, only after fellow prisoners banged on their cell doors in protest after months of deliberated medical negligence. He has been released in a wheelchair with an iron brace to hold his head and chest in place and to prevent his neck from injury after contracting pulmonary tuberculosis.

Meanwhile, detainee Hasan Abdulla has been confirmed infected by medical testing; he already suffers from serious blood disorders: sickle cell anemia and thalassemia. Hasan has struggled to receive adequate care during his 8 years in prison. After he fell seriously ill last week, he was sent to the Salmaniya Hospital because of fluid in his lungs and his testicles and problems with his colon and spinal cord. One of his lymph nodes had to be removed.

However, 2 days later, Hassan was sent back to prison. He said in a recording released online that he believes this could be his last attempt to get help “as my life is seriously endangered”, adding, “under my circumstances, it is a fast death, not a slow death. I appeal to everyone to secure my release so I may continue my treatment.”

Amnesty International said in a tweet that the Bahraini authorities are acting with gross negligence in the face of confirmed tuberculosis infections, stressing that the prison is also denying a tuberculosis test to Sayed Nizar Al-Wadaei, who is ill with tuberculosis-like symptoms.

Sayed Nizar has been held in solitary confinement after he refused to return to his cell unless he was given urgent care, noting that he is the brother-in-law of exiled Bahraini Human Rights advocate Sayed Ahmed Al-Wadaei, whose family has endured many years of harassment for speaking out against Manama’s rights abuses.

Sayed Nizar’s mother, Hajar Mansour (a former political detainee), has gone twice to the prison to appeal an examination for pneumonia but has been ignored by prison officials, after waiting for hours under the hot sun, and threatened with detention, according to Sayed Ahmed Al-Wadaei.

Katy Clark, a member of the Scottish Parliament, has called on Bahrain to transfer Sayed Nizar to the hospital and guarantee the wellbeing of all detainees “as per international law.” On Twitter, she wrote, “Sayed Nizar Alwadaei has been held in solitary confinement for 3 days in Bahrain despite his grave symptoms and having been detained with someone who tested positive for TB.”

Long delays in testing have worsened the condition of another suspected detainee Mortada Mohmed AbdulReda. Mortada has also demanded that he receive an examination and immediate treatment.

Also, former Bahraini detainee Ali Qambar passed away in October after losing his battle with cancer, which he had developed while in detention (2012-2018). He had been severely tortured and subjected to various forms of ill-treatment and was only released after cancer ate up his body.

Back in 2017, torture survivor Muhammad Sahwan passed away of sudden cardiac arrest inside Jau Prison because he was denied all necessary treatment for 80 shrapnel in his back, legs, and head by police with birdshot pellets from a shotgun, which date back to 2011. Sahwan had not received appropriate medical attention during the period of his arbitrary detention, despite multiple requests to the prison administration.

International rights groups have repeatedly called for independent investigations into these deaths as Bahrain’s prison system is notorious for overcrowding, poor sanitation, delayed diagnosis, and willful medical negligence. All of these factors have a tremendous impact on the health and well-being of detainees.

Bahrain’s highest Shiite religious authority Sheikh Issa Qassim has previously blasted Manama for its handling of the Covid19 crisis in prisons. “One of the ugliest things the government is doing is using the prisoners as a political bargaining chip, especially since the coronavirus has forcefully invaded prisons,” Qassim said in a Twitter post.

In the same context, Al-Wefaq has frequently called for the necessity of working to release and save the lives of dozens of prisoners of conscience who suffer from chronic diseases and are prevented from receiving adequate treatment in prisons, saying their detention is illegal and unjustified and thus all international human rights and medical bodies must save the sick prisoners of conscience before it is too late.

For its part, the Bahrain Forum for Human Rights (BFHR), a local group that operates in exile, has monitored dozens of complaints by detainees, who have been denied appropriate medical treatment, a measure that has become one of the typical forms of reprisal amid the significantly deteriorating conditions and the lack of legal accountability of those involved with these inhumane practices.

Instead of cooperating in effective initiatives for the betterment of the detainees’ health conditions, especially those suffering from chronic or incurable diseases such as cancer, Bahrain’s Ministry of Interior, along with the General Secretariat for Grievances and the National Institute for Human Rights (NIHR), are persistently ignoring these violations.

The inmates are deliberately denied the right to access treatment when needed, and if it is not available in the prison clinic, they have the right to be transferred to public hospitals. Due to the prisons’ deteriorating conditions and to relieve their severe pain, some of those deprived of treatment have extracted their teeth with the help of their cellmates.

The prevalence of these practices confirms Bahrain’s failure to put in place the necessary measures to prevent ill-treatment as stipulated by international and local laws. Indeed, the policy of impunity and the absence of judicial oversight of detention centers make these practices prevalent in prisons in violation of the United Nations Standard Minimum Rules for the Treatment of Prisoners, aka Mandela Rules, which stress the prisoners’ right to receive treatment.

Manama is a party to the Convention against Torture, the International Covenant on Civil and Political Rights, and the International Covenant on Economic and Cultural Rights. Nevertheless, it arbitrarily withholds medication for prisoners as a form of reprisal. It has repeatedly been accused of blatantly violating dozens of inmates’ inalienable right to medical treatment, ahead of its heavy-handed clampdown on the peaceful opposition since February 2011.

Since 2011, many of those peacefully exercising their rights to freedom of expression have endured arbitrary detention, unfair trials, cruel torture, degrading prison conditions, and medical negligence.

It is noteworthy to mention that the inmates drink water in Clorox bottles, eat meals on nylon bags, endure insects and rats’ infestation, and suffer from leakage of stagnant water. Besides, the denial of adequate sunlight and the isolation practice (locked for 23 hours/day) have led dozens to occasionally get infected with scabies.

Untreated, this contagious mite reproduces on the upper layer of the skin causing severe itching, pimple-like skin rash, unbearable pain, and permanent scarring. Scabies is a skin infestation caused by a parasitic mite known as the Sarcoptes scabies, and it has rapidly spread due to suffocating overcrowding that exceeds the prison capacity.

According to a study by the Bahrain Center for Human Rights, issued in April 2020, 74 Bahraini political detainees have died inside prisons since 2011; among the 52 sick detainees, 13 suffer from incurable and dangerous diseases such as cancer, and 17 others suffer from chronic diseases such as diabetes.

During the past decade, Bahrain’s total prison population reached over 4,000, i.e. a rate of 301 prisoners per 100,000 of the national population, according to a report published by the Institute for Criminal Policy Research. According to a 2018 US State Department report, only two or three medical staff are available to provide care for the entire overcrowded prison.

These restrictions are inconsistent with the International Covenant on Economic, Social and Cultural Rights and the International Covenant on Civil and Political Rights; the United Nations Standard Rules for the Treatment of Prisoners; the United Nations Body of Principles for the Protection of All Persons under Any Form of Detention or Imprisonment, to which Bahrain is a party.