HOME / WORLD / Save Sadeq and Jaafar: Riyadh must Quash their politically-motivated death sentences 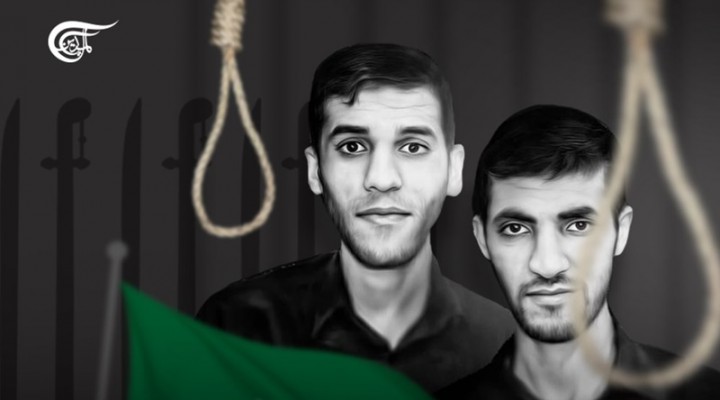 The Saudi regime’s ruling against those two torture survivors violates the convention against torture and other cruel, inhuman, and degrading treatment or punishment as well as the international covenant on civil and political rights.

Saudi Arabia’s Supreme Court has upheld the death sentences of two Bahraini nationals Sadeq Thamer (1989) and Jaafar Sultan (1992) over trumped-up terror charges, after finding them guilty of allegedly “smuggling explosives” into the kingdom and taking part in “terrorist activities”.

Various rights and opposition groups, as well as social media campaigners, have protested the ruling describing it as arbitrary, confirming it was issued based on confessions extracted under torture, and urging the international community to prevent the death sentences from being carried out.

The Bahraini defendants were arrested without a warrant, on 8 May 2015, at the King Fahd Causeway while crossing Bahrain into Saudi Arabia. Then, Sadeq and Jaafar were held incommunicado for nearly 4 months (115 days), where they were brutally tortured.

After almost a year, Bahrain’s Fourth High Criminal Court sentenced them, on May 31, 2016, to life imprisonment on the following charges: “Joining a terrorist group, importing and possessing explosive materials, and agreeing and helping to train people in terrorist acts”.

Furthermore, on October 7, 2021, the Saudi specialized criminal court also sentenced them to death based on seven charges (six of which had been previously adjudicated by the Bahraini judiciary based on insufficient evidence and coerced confessions), including among others: “Joining a terrorist cell led by Iran; Participating in the smuggling of explosive materials with the intent of disturbing the security of Saudi Arabia; Participating in the demonstrations in Bahrain; Possession of three memory card flash drives containing security and intelligence lessons, types of weaponry, shooting, and lessons regarding bombs and explosive materials”.

The Saudi regime’s ruling against those two torture survivors violates the convention against torture and other cruel, inhuman, and degrading treatment or punishment as well as the international covenant on civil and political rights.

Hence, the international community must pressure Saudi Arabia to annul Sadeq and Jaafar’s death sentences, as well ensure that future trials are consistent with the right to a fair and independent trial, and investigate claims of torture perpetrated by both Bahraini and Saudi authorities.

In the advent of the 2011 popular movement, tens of thousands of Bahrainis took part in peaceful demonstrations calling for civil, political, and human rights reforms. However, the government responded with brute force and launched a brutal crackdown on opposition blocs and independent media, along with mass denaturalization and arrests, and effectively criminalized all forms of dissent. Moreover, the King of Bahrain ratified a constitutional amendment that allowed for the military trial of civilians, which fundamentally violates international law and standards for a fair trial, as recognized by the International Covenant on Civil and Political Rights (ICCPR).

Meanwhile, 26 political prisoners are on death row in Bahrain; 12 have finished all the legal remedies (7 are in exile).

Bahraini so-called oversight bodies (the National Institution for Human Rights, the Special Investigations Unit, and the Ministry of Interior Ombudsman) have been repeatedly criticized for their lack of independence, failure to meet international standards, and complicity in covering up rights abuses.

Although UN Special Rapporteurs have previously urged it to restore the de-facto abolition of the death penalty. Nonetheless, Bahrain continues to manipulate the judicial system as an instrument to silence political dissidents.

0 thoughts on “Save Sadeq and Jaafar: Riyadh must Quash their politically-motivated death sentences”