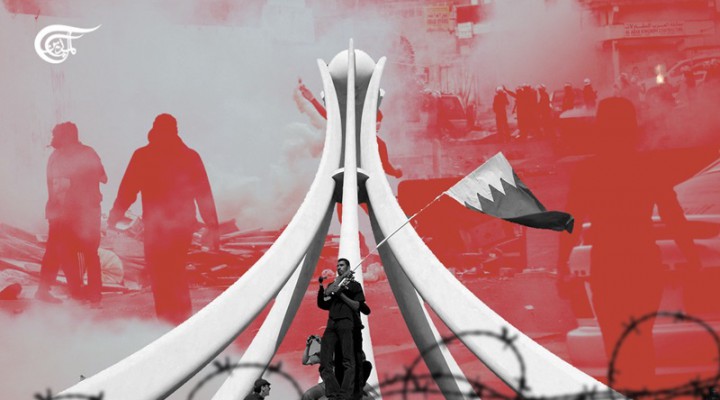 The official media often ignore any news or reports of the ongoing demonstrations that have not subsided and deal with the events taking place in the country as terrorist and sabotage acts.

The Bahrain Press Association said that after the absence of the opposition and independent opinion in Bahrain, and specifically after the closure of Al-Wasat newspaper, the news took on one color and the margins of criticism were reduced to their minimum.

In an analytical study of what was published in Al-Ayyam and Al-Watan newspapers during a whole week (6 to 12 March 2022), the association concluded the following: The two newspapers notably published not a single article about the economic and financial crisis in the country. Besides, no independent opinion appeared in the two newspapers, especially on issues of freedoms and democratic transition. “The most that can be published in the two newspapers is criticism of some official institutions or the parliament while avoiding criticism of officials with a ministerial rank or higher,” the association concluded. “Some of the content of the articles includes personal insults and extremist and inflammatory language, and they openly reject the dictates of international human rights treaties,” it added.

What the local media has witnessed since February 2011 proves beyond any doubt that the professional practice of media is a myth in Bahrain. The media coverage has become reminiscent of what was happening during the State Security Law, i.e. during the 1990s uprising. Hence, this is the reason why the country has fallen in the International Press Freedom Index of Reporters Without Borders.

The official media often ignore any news or reports of the ongoing demonstrations that have not subsided and deal with the events taking place in the country as terrorist and sabotage acts. This media played, and still does, a major role in inciting sectarian animosity, treason, and exclusion.

This biased content and rhetoric were criticized by the report of the BICI fact-finding committee aka the ‘Bassiouni Report’, which concluded that the official media presented material containing “derogatory language and inflammatory coverage of events, some of which may have involved defamation,” recommending that the Bahraini government “adopt a more flexible approach in its practice of censorship, and to allow the opposition more scope in television, radio and print media”, which has not been implemented until today.

Bahrain is among the countries described as dictatorships because of severe penalties for those who dare to criticize the King (1-7 years imprisonment, in addition to a fine of at least 10,000 dinars). Further, and in response to what the Bahraini government considered ‘bias’ against it, it has employed dozens of huge global public relations companies to burnish its image before the international community.

As for Al-Wasat newspaper, the only independent newspaper, before its arbitrary dissolution, it had been subjected to a fierce attack because of its insistent calls since its inception in 2002 for a political solution to the crisis and the need for coexistence and respect for multiple sects. The newspaper was a pioneer in raising sensitive issues, such as land acquisition by members of the ruling family, corruption, political naturalization, etc… Al-Wasat contributed to strengthening journalistic competition and advancing freedom of expression.

Today, the picture looks bleak. Despite the internal siege in Bahrain on the media and the efforts of public relations companies, what is happening inside is still emerging in one way or another, including through alternative media developed by the Bahraini opposition. Although a large number of local journalists are no longer doing their normal work, as many were dismissed from their work, while others were subjected to trials, arrests, and torture, many human rights activists, lawyers, and doctors have turned into press informants.

Until this moment, the Bahraini government still refuses to allow the Special Rapporteur on torture at the United Nations to visit the country and has repeatedly postponed it. Since the outbreak of the 2011 popular uprising, Bahrain has witnessed a major regression through the absence of laws and a fair judiciary, the rule of sectarian discrimination, and the brutality of the official media by manipulating facts. Everyone who expresses his opinion in the media and social networks, regardless of his sect and political approach, is at risk of accountability, arrest, and torture.

As a result, prisons were overcrowded with media professionals, who were subjected to horrific rights infringements in violation of the 1998 Convention against Torture and Other Cruel or Inhuman Treatment or Punishment. Zakaria Al-Ashery, Karim Fakhrawi, and photographer Ahmed Ismail were extrajudicially killed. There are many who were seriously injured due to the use of repressive means by the forces of the Ministry of Interior through shooting live, fission, asphyxiating gases, and others.

In the wake of the so-called “Abraham Agreement”, on September 30, 2021, the official media has relentlessly worked to hide the opposition voice from the Islamists and liberals and has only conveyed the voice of the government, ignoring the overwhelming rejection of the people. Despite the continuous repression to which the Bahraini people are subjected, their steadfastness, morally and nationally, made it necessary for them to continue protesting against normalization. The will of the Bahraini people, since the Al Khalifa came to power, has always been in conflict with the decisions of the authorities, which are often not independent of the wishes of Western countries.

With most eyes set on what mainstream media architects as “pressing issues”, Bahrain’s uprising remains firmly under lock and key, buried under much international apathy. True to its inherent nature, the government sits still on exclusionism and takes yet repressive crackdown on media to quench its thirst for political absolutism. It remains bent on vanishing political pluralism from within its borders, most certainly to set the tone for further unrest.

0 thoughts on “The grim consequences of Bahrain’s media blackout”