HOME / WORLD / Should the US forces remain or leave the Middle East? 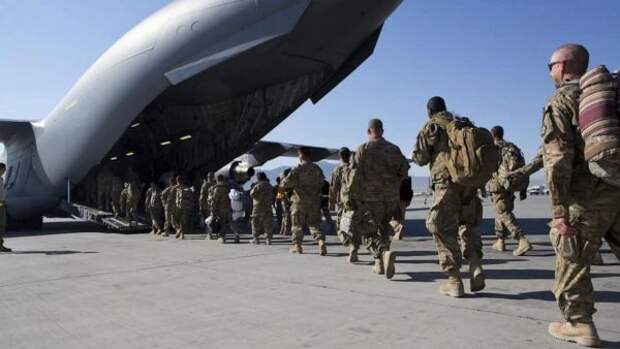 The feasibility of US forces remaining in the Middle East or their departure and the price they must pay for the consequences of the decision is at the centre of discussion. These views express a reality that the US administration looks at more seriously for the first time with impartiality, especially since it has become clear that all the goals and results that the US wanted to achieve have failed and led to counterproductive results. Reducing or pulling out combat forces and relying on diplomacy are two steps sufficient to preserve the gains that have been achieved until today in a less aggressive approach. However, the fear among many western officials is that such a step could be interpreted as an abandonment of the Middle Eastern quagmire and a way for the US’s enemies and competitors – China, Russia and Iran – to take over and replace the US vacuum.

America has fought directly or through the support of its Middle Eastern allies (i.e. the war in Yemen) many conflicts in the last twenty years that were very costly to the American treasury and did not result in peace or stability. Somehow, these wars produced greater hostility to the US forces and image. Washington won fewer friends than they had hoped and exposed the US forces stationed in countries (Iraq, Syria and Afghanistan) to dangers of varying severity.

Consequently, western decision-makers believe that it is imperative to close down several military bases spread throughout the Middle East and withdraw unnecessary naval fleets stationed in friendly Gulf countries.

This idea of freeing the Middle East from the US military presence is opposed by those who claim that US forces must remain to protect US allies, especially Israel. Many Arab states and monarchies wouldn’t survive one week without the US, as former President Donald Trump said. These Monarchies are the US’s protégés and enjoy the US protection against domestic uprising and the request for freedom by their populations.

Moreover, the arguments continues that the US is needed in the Middle East to disrupt terrorist attacks against Americans; to promote democratic transitions and human rights; to fight corruption; to provide humanitarian relief aid; to end domestic military armed conflicts; to ensure that weapons of mass destruction no longer exist; to protect the production of Energy; to stand up to organisations such as Hamas and Hezbollah; to prevent Iran from obtaining a nuclear bomb; to maintaining deterrence power; and to ensure freedom of navigation in the critical Straits (Hormuz and Bab al-Mandab).

The realistic answer to those concerns is not complicated. When news emerged of the three meetings between Iran and Saudi Arabia in Baghdad, exaggerated optimism dominated and still prevails. Inhabitants of the region believed a solution to multiple outstanding problems and wars might emerge soon. Iran and Saudi Arabia have never been on a honeymoon. However, they were undeclared enemies, and the US took every opportunity to seed a fertile ground of animosity and hatred between the two countries to prevent the rapprochement. The meetings in Iraq took place without the presence of a US sponsor or participant, or mediator.

In addition, the US presence in the Middle East did not protect Israel from the continuous bombardment of Hezbollah in the July 2006 war of Israel, nor did it prevent “Hamas” from bombing Israeli areas and cities from north to south during the “Sword of Jerusalem” operation. Consequently, “protecting Israel” is a flimsy excuse because the US supplies Israel with the weapons it wants, trains its officers with the latest military equipment, and shares intelligence information without necessarily being geographically close to it.

Concerning the necessity to remain in the Middle East to prevent terrorist attacks against the US, President Barack Obama introduced the doctrine and practice of drones that US forces extensively used in their wars against targets and targeted killing individuals they wanted to eliminate. In addition, experiences in combating terrorism have proven that it is a cooperation between Intelligence agencies prevents jihadist groups from committing terrorist operations against any country. The presence of 60,000 US military in the Middle East in dozens of bases did not prevent terrorist bombings against the USS Cole in 2000 and the Twin towers in New York in 2001, nor prevented attacks against US embassies and interests around the world (US embassies and consulates in 2004 in Saudi Arabia; Pakistan 2006; Turkey 2008; Pakistan 2010; Afghanistan 2011; Egypt 2012, Turkey 2013; Afghanistan 2013).

As for the export of democracy, President Donald Trump himself said that he does not care about exporting it and loves the dictators. Trump spoke through the experience of the administration he headed about the failure of the Afghanistan and Iraq war to export democracy and that America’s wars under various names did not prevent the Taliban from advancing to control several cities despite the presence of 100,000 American soldiers in the country. Moreover, the 2003 US occupation of Iraq did not avert the emergence of Iraqi factions that fought the US forces and are still chasing them to force them out of Mesopotamia.

As for the fight against corruption, the Middle East is full of political parties, leaders and decision-makers whom their people accuse of corruption. These corrupted politicians are Washington’s oldest and closest allies who enjoy its protection and its financial support in some cases. Indeed, David Hale, the under Secretary of State for Political Affairs, stated that his country spent ten billion dollars on parties and organisations that failed to achieve America’s goals in Lebanon to curb Hezbollah.

America has not been able to end any armed conflict it has engaged in the Middle East. During the war on ISIS, the Syrian army and its allies fought and defeated the terrorist group in 70 per cent of the Syrian territories. In the occupied north-East of Syria, the US forces prevented the Syrian army from crossing the Euphrates to pursue ISIS and asked the Syrian Kurds to do the job, supported by the US forces in 23 per cent of the territory. The remaining 7 per cent is still under the Turkish occupation.

In Iraq, the “Popular Mobilisation Forces” (PMF) and the Iraqi army and Federal Police fought and defeated ISIS and regained a third of the country it lost to the terrorist group in 2014. The US support was far from being the driving force, but an added value to it.

By occupying Iraq and north-eastern Syria, America was not able to prevent the expansion of Iran and Hezbollah’s influence in Syria, nor could it stop the transit of military supply convoys with various types of advanced weapons, which are flowing to the “axis of resistance” in the Middle East. Consequently, US forces in the Middle East did not achieve deterrence but somewhat helped increase hatred towards its troops, and gave birth to a new well-armed and trained resistance. These have the objective to expel the US forces from the Middle East.

The US is unable to stop the progress of the Iranian nuclear track unless all sanctions are lifted and only through the current negotiations in Vienna. Following Iran’s achievement of empowerment, the US military forces deployed in the Middle East are certainly expected to suffer dearly in case of the use of force against Iran.

In concerns about the freedom of navigation, it is only secured in the event of no war or no hostility between the US and Iran. Tehran possesses accurate, supersonic anti-ship missiles and armed and suicide drones. Moreover, the US has begun to find an alternative to its navigation in the Strait of Hormuz towards Yanbu on the Red Sea to escape the reach of Iran’s ballistic missiles. Also, all oil-rich countries bordering the strait of Hormuz found a way to bypass the Strait of Hormuz to the Red Sea terminals to transfer energy resources in the event of a general war or a tanker war as happened in past years.

Therefore, what is the point of keeping tens of thousands of American troops in the Middle East? It is not the significant physical presence of the military force that prevents Middle Eastern countries from establishing trade relations with China, Russia, or any country other than America. Instead, soft and hard diplomacy is the least costly and most effective weapon. When needed, the US is in a position to ship in the necessary forces as it did in the Gulf War, Afghanistan, and the occupation of Iraq.

The military presence in the Middle East has become a source of concern for Washington and is causing more harm than good to the US’s national security and interest. The harassment of the US troops is expected to escalate in Iraq, and we cannot exclude the same scenario in Syria sometime in the future. Nevertheless, whatever discussions are made at any level among decision-makers, it seems highly improbable that we shall see an early departure of the US forces from the Middle East.

0 thoughts on “Should the US forces remain or leave the Middle East?”