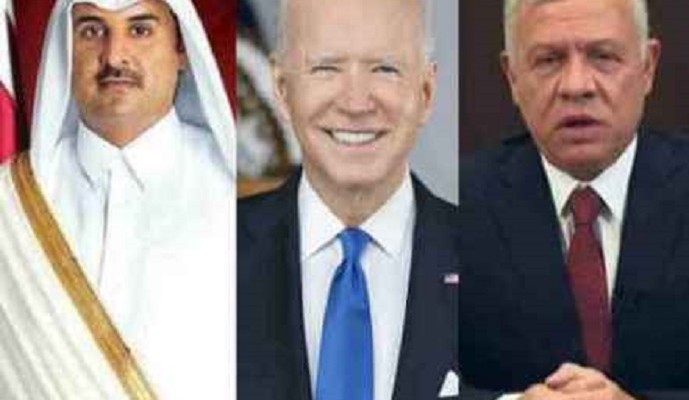 Why is the US repositioning its military assets in the Middle East?

On Saturday, the Pentagon announced the closure of three US military bases in the Sayliyah area of Qatar, which it used to store ammunition and heavy weaponry such as tanks and troop carriers, and the transfer of all the equipment to Jordan. It also unveiled a new Qatar-based military liaison office to extend security support to the Afghan armed forces.

These two announcements may tell us something about US military plans in the Middle East.

This was the first public acknowledgement of the existence of the vast new base in Jordan set up to serve as the US military’s main pre-positioning hub in the region. A summary of the agreement under which this ‘secret’ base was established was published in Jordan’s official gazette, but parliament did not approve it or even know about it. Now it is being officially inaugurated.

The reason the facility was built and the materiel moved there from Qatar was to safeguard it from possible missile strikes by Iran or its allies — like those that targeted the Ain al-Asad base in Iraq after the assassination of Gen. Qasem Soleimany. It would also be used to support and supply US ground forces in any war on Iran or in Iraq or Syria.

This helps explain the current chill in Jordanian-Iranian relations, last month’s signing of a cooperation pact between Jordan, Egypt and Iraq — dubbed the ‘New Levant’ — with the blessing of the US, and Amman’s refusal to allow Iranian Shia pilgrims to visit shrines in southern Jordan.

The move also coincides with the gradual lifting of American air defence cover from Saudi Arabia and the Gulf states and the relocation of anti-missile batteries based there, supposedly to East Asia to counter the ‘threat’ from China. The Pentagon said last week that eight Patriot systems had been removed from Saudi Arabia, Jordan, Iraq and Kuwait without specifying where to.

Qatar’s al-Udeid base will remain the principal command and control centre for US air operations in the Middle East and continue to host hundreds of US warplanes. The base was a major launching pad for successive US aerial assaults on Afghanistan (in the 2001 war against the Taliban), Iraq (the 2003 invasion) and Syria (from 2011).

The US is evidently reassigning the functions of its military bases in the region and focusing on two countries: The base in Jordan will play the chief logistical role in any future regional ground war – especially against Iran if the nuclear talks in Vienna fail — while al-Udeid serves as the main air operations and command and control centre in all future conflicts . It has long had that function and has now been assigned an additional task: to continue the war against the Taliban by arming, funding and directing their local enemies after the withdrawal of US forces from Afghanistan is complete.

It is curious that Saudi Arabia, Kuwait, Bahrain and Oman have been bypassed in these new arrangements. This raises questions about Washington’s undeclared intentions in the Gulf region under the Biden administration.

The repositioning of US military assets and the operational consequences that could follow promise tense times ahead for the region. Iran and its allies in Syria, Yemen, Iraq and Lebanon are the chief targets of the move under all and any scenarios. These include further actions aimed at fomenting domestic unrest as a prelude to intervention and/or regime-change.

The most important ally and biggest player in all these schemes is Israel. Its unofficial membership of the wider US military coordination network in the region may soon be made formal.

US Troops Die For World Domination, Not Freedom

0 thoughts on “Iran remains the target”