HOME / Multimedia / First Celebrate, Then Fight: The Difficult But Hopeful Road Ahead for Lula’s Brazil

First Celebrate, Then Fight: The Difficult But Hopeful Road Ahead for Lula’s Brazil 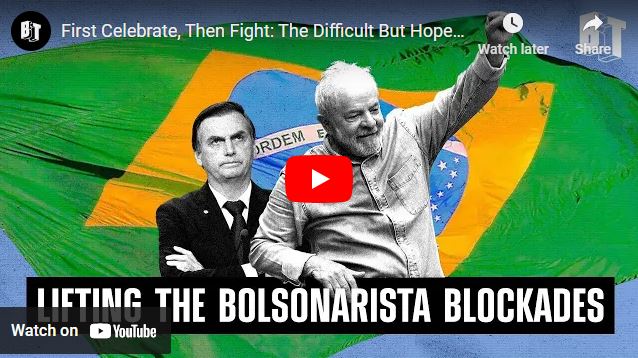 While Lula voters celebrate, the supporters of right-wing outgoing President Jair Bolsonaro are blocking roads across the country in an attempt to cause chaos and undermine the election. Bolsonaro remained silent on his defeat and the provocations until Tuesday when he agreed to a transition of power.

Does Brazil’s Bolsonaro Deserve To Be Charged For His COVID Policies?

One thought on “First Celebrate, Then Fight: The Difficult But Hopeful Road Ahead for Lula’s Brazil”