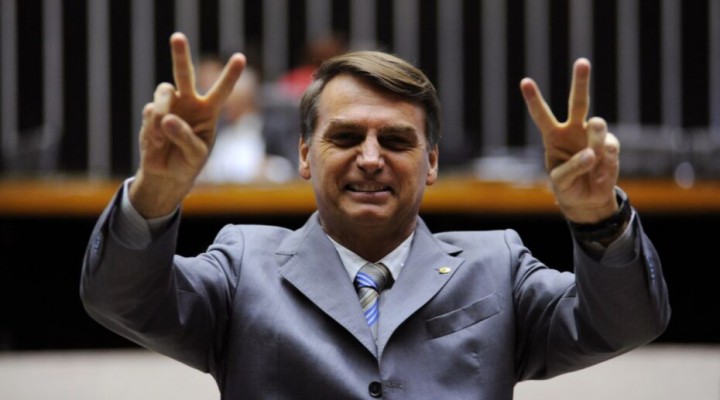 It remains to be seen whether the international community can curb Brazil’s neoliberal profit upon environmental exploitation.

The U.S.-Brazil deal, touted by U.S. President Joe Biden as a possibility to induce Brazilian President Jair Bolsonaro to tackle deforestation has not materialised. Environmental activists and indigenous leaders had expressed themselves against the financial arrangement which would have seen $20 billion boosting the governmental offices protecting the entities responsible for the Amazon’s deforestation.

U.S. Senators, including Bernie Sanders and Elizabeth Warren, also cautioned against billions being awarded to Bolsonaro without any conditions, given that under his government, deforestation has soared. The 15 senators who penned a letter to Biden noted the Human Rights Watch (HRW) 2019 report which attributed deforestation to “powerful criminal networks that use intimidation and violence – with near total impunity – against those who seek to defend the rainforest.”

Speaking at the climate summit held last week, Bolsonaro pledged to end illegal deforestation by 2030 and to double the funds for environmental reinforcement. However, Bolsonaro’s proposals were not novel. In 2015, former President Dilma Roussef had already set 2030 as the date by which Brazil aimed to reach “zero illegal deforestation.” By 2020, however, Bolsonaro had dropped the pledge from the updated strategy in terms of the country’s implementation of the Paris Agreement.

Three weeks ago, Bolsonaro’s son and lawmaker, Eduardo Bolsonaro, erroneously claimed that agribusinesss – one of the main culprits of deforestation – “generates clean energy and helps to conserve the forest that occupies 61% of Brazil’s territory.” Not only was the data proved statistically inaccurate. Deforestation has contributed to the Amazon rainforest being depleted by 20%.

In 2019, 99% of deforestation in Brazil was carried out illegally. Indigenous terrain accounted for 6% of the targeted land, while 11% including conservation areas. A 2020 report confirms agribusiness as the main culprit of deforestation. In 2018, Bolsonaro lamented the presence of indigenous communities preventing agribusiness exploitation.

The refusal to include indigenous communities and environmental organisations in policy making has been one of the main contentions raised to the U.S. government. “No talks should move forward  until Brazil has slashed deforestation rates to the level required by the national climate change law and until the string of bill proposals sent to Congress containing environmental setbacks is withdrawn. Negotiating with Bolsonaro is not the same as helping Brazil solve its problems,” the letter partly stated.

Deforestation and progress are only linked together by agribusiness companies and the Brazilian government, as in the case of Acre where 688 square kilometres were lost to deforestation. “Acre doesn’t have minerals. It has no potential for tourism. What it does have is some of the best land in Brazil. But this land has one problem: it’s covered in forest,”Assuero Doca Veronez, the President of the Acre Agriculture Federation stated in 2020. What Veronez was aiming at was the establishment of agricultural territory combined with industrial development.

Following the climate summit, Bolsonaro was not deterred, criticising external opinions about Brazil while once again requesting foreign assistance for the Amazon rainforest protection. Citing comparisons in global emissions, Bolsonaro claimed that scrutinising Brazil was “absurd”, while stating that since Brazil’s global emissions amounted to less than those of other countries including China and the U.S., less environmental restrictions should apply to the country. One main concern raised by Bolsonaro, once again, was tied to agribusiness. Countries seeking Brazil’s contribution on environmental protection, according to Bolsonaro pose a hindrance to agribusiness profit and expansion.

It remains to be seen whether the international community can curb Brazil’s neoliberal profit upon environmental exploitation. International warnings over trade deals with Brazil – the EU-Mercosur pact has not yet been ratified and this may have implications for Brazil which relies heavily on agricultural exports. However, if the deal goes through, it would not be the first time that the international community pays lip service to environmental concerns, while turning a blind eye when it comes to economic expansion.