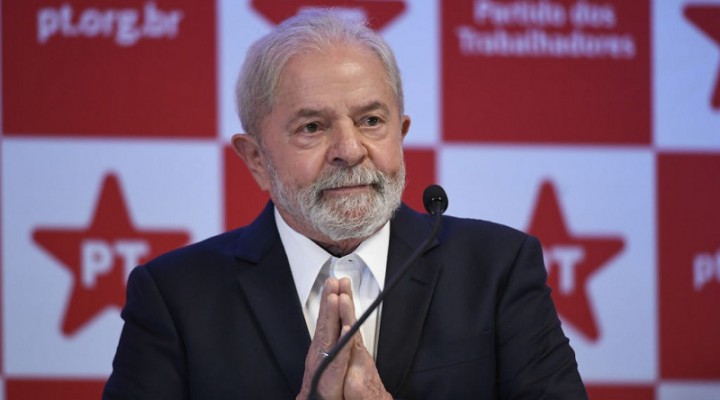 What Lula is signaling to his supporters and fellow peers across the world in the event that he returns to the presidency is that Brazil will try to strike a balance between all relevant international actors exactly as India is trying to do. Instead of taking anyone’s side, it’ll pragmatically retain relations with all conflicting parties while doing its utmost to facilitate peaceful and political resolutions to their problems.

Former Brazilian President and once-again presidential contender Luiz Inácio Lula da Silva (popularly known simply as “Lula”) was recently interviewed by Time Magazine in a feature piece that covered a wide range of topics, including the Ukrainian Conflict. His pragmatic stance of blaming Ukrainian President Zelensky just as much as Russian President Putin provoked a lot of international criticism, including from Zelensky’s advisor Podolyak who accused him in a tweet of pushing a “Russian attempt to distort the truth”. The reality though is that Lula’s approach is simply one of principled neutrality just like India’s whereby he believes that Brazil’s best interests are served by not taking sides.

To explain, the global systemic transition towards multipolarity is presently in what can be described as a bi-multipolarity transitional phase of an indefinite length of time. This concept states that international affairs are already largely determined by the global competition between the American and Chinese superpowers, below which are a number of Great Powers above the remaining medium- and smaller-sized states. The interplay within and between each of these three categories of countries will define the future. With this hierarchy as the reference point, Brazil can be described as a Great Power, albeit one that’s lost a lot of its strategic autonomy after the US’ “Operation Carwash”.

What Lula is signaling to his supporters and fellow peers across the world in the event that he returns to the presidency is that Brazil will try to strike a balance between all relevant international actors exactly as India is trying to do. Instead of taking anyone’s side, it’ll pragmatically retain relations with all conflicting parties while doing its utmost to facilitate peaceful and political resolutions to their problems. In the context of the Ukrainian Conflict, he told Time that the West should have ruled out Ukraine’s admission to NATO. The former Brazilian leader also lambasted the West for not sincerely negotiating with Russia over its security concerns related to that country.

On the flip side, however, he also reminded his interlocutor how he criticized President Putin back in March for his ongoing special military operation in Ukraine that Lula called an “invasion”. He added that he’d tell the Russian leader that “You have a lot of weapons, but you don’t need to use them on Ukraine. Let’s talk!” His stance certainly won’t please everyone, but it’s the best approach from the perspective of Brazil’s objective national interests. Morals, ethics, and principles aside – which don’t influence International Relations for the vast majority of governments since interests and power usually prevail instead – Brazil has no reason to go against the US (which de facto controls Ukraine) or Russia.

Its economy is closely connected to the US’, but Brazil’s multipolar forces sympathize with Russia’s grand strategic aims within the global systemic transition. The ideal approach is to retain these and other ties with the US, though of course recalibrating them in order to obtain maximum benefit for the greatest amount of its people, while doing the same vis-à-vis its related ones with Russia. In other words, what’s needed is to return to the principles of the Non-Aligned Movement but in a modern-day context that can be referred to as the new Non-Aligned Movement (“Neo-NAM”). Brazil, just like India, has every chance of becoming a leading force within this group of truly neutral states.

Pursuing the strengthening of one’s strategic autonomy doesn’t have to come at the expense of relations with one or the other country or group thereof, at least in theory. That only happens whenever one of them aggressively attempts to enforce their will onto the strategically autonomous state in question. It’s not Russia, China, India, Iran, or other leading multipolar countries that are doing this, however, but the US-led West as evidenced by how successfully Washington reasserted its declining hegemony over the EU over the past few months since the start of the Ukrainian Conflict. It’s sought to do the same to India but was rebuffed, which set an example for other Global South states to follow.

Nobody should expect the US to suddenly decide to respect its intended “junior partners’” (vassals) strategic autonomy by unilaterally stopping its Hybrid War pressure campaigns against them, but these could become less effective if the proposed Neo-NAM countries worked more closely together to collectively thwart the economic-financial and informational component of these unprovoked aggressions. There’ll always be weak links within any international network of states and the Neo-NAM will obviously be no different, but Great Powers like Brazil, India, Iran, Turkey, and others could really make a major difference if they seriously focused on comprehensively expanding cooperation.

Just like the NAM from the Old Cold War generally tilted a lot closer towards communist countries than capitalist ones, so too would the Neo-NAM (within which Brazil should certainly aspire to play a leading role) tilt closer towards the Chinese superpower of the New Cold War, not to mention its close Russian partner. By balancing between the top players in the global systemic transition’s present bi-multipolar transitional phase (which will likely persist for an indefinite length of time), Brazil can reap advantages from all without doing so at the expense of any of its other partners. Of course, this is a lot easier said than done, but Lula seems to be implying that this will be Brazil’s grand strategy if he’s re-elected.

His country has suffered tremendously since the US’ “Operation Carwash” purged its leadership of multipolar influences and presumably also a portion of its permanent military, intelligence, and diplomatic bureaucracies’ (“deep state”) behind the scenes too. Nevertheless, Brazil can return to the geopolitical game with a bang by transforming itself from the object of International Relations that it’s regrettably become under Bolsonaro back to the subject that it was under Lula and his successor Rousseff prior to her ouster should that former president win re-election. In the event that he does, then it would be a major development in the New Cold War and further accelerate multipolar trends.