HOME / SOCIAL/CULTURAL / Does Brazil’s Bolsonaro Deserve To Be Charged For His COVID Policies?

Does Brazil’s Bolsonaro Deserve To Be Charged For His COVID Policies? 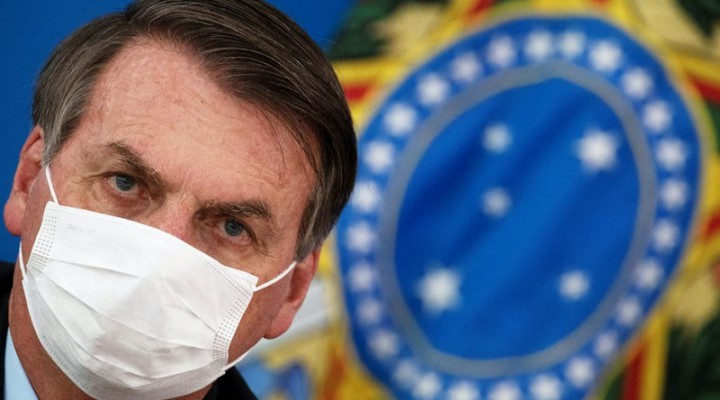 There might be efforts undertaken in the coming future to charge Western leaders with COVID-related crimes, albeit of a different nature than those recommended against President Bolsonaro and from the inverse pretext. Instead of wanting to hold such leaders to account for failing to do enough to contain COVID-19, some forces might want to punish them for doing too much and allegedly overstepping their constitutional authority.

Brazilian President Jair Bolsonaro might face charges for his COVID-19 policies, including crimes against humanity, if a Senate commission on this issue has its way. That body recommended that he face trial for his government’s handling of the pandemic, which has resulted in over 600,000 people dying from the disease in the South American country. President Bolsonaro is known for his heterodox stance towards the virus and for proudly flouting the World Health Organization’s (WHO) recommendations on masks and vaccines.

It’s unprecedented that a national leader might face charges for such policies. On the one hand, it’s understandable that some lawmakers want to hold him and other officials to account for their country ignobly becoming the one with the world’s third-worst death statistics. Every leader has the right to formulate whatever policies they so choose about any given issue but they can also be held accountable for their failings in various ways per associated mechanisms in their country’s constitution.

On the other hand, President Bolsonaro has polarized the country due to his epidemiological policies (or lack thereof) and others ahead of next year’s elections so some might interpret the recommended charges against him as a partisan tactic ahead of the vote. If President Bolsonaro is indeed charged and ultimately found guilty, then he might be disqualified from running for re-election if his alleged crimes are serious ones. This observation adds credence to the theory that all of this might be partially motivated by partisan considerations.

Another point to mention is that he might not be in as good graces with the US as before after his government reportedly declined to ban Huawei in exchange for a potential NATO partnership that it was said to have been offered over the summer. Nevertheless, there’s also no denying how angry a sizable segment of the population is with President Bolsonaro. This means that there might not be any need to disqualify him from the race through these means since most observers agree that he’ll struggle to win re-election anyhow.

Acknowledging that it’s difficult to discern the true motives behind the Brazilian Senate committee’s recommendation to charge President Bolsonaro with crimes related to his policies towards the COVID-19 pandemic, observers should still ponder the international implications of this development. Other legislatures might be inspired to bring similar charges against their own leaders on this pretext, whether for sincere or partisan reasons. Brazil might just be the first domino to fall in triggering this legal chain reaction.

Every country’s situation is different so it’s impossible to establish a single standard for judging their leaders’ relevant policies. Even so, many countries – and especially Western ones – have become intensely divided ever since the pandemic begun. Few leaders are like President Bolsonaro, however, with the vast majority of them not only abiding by the WHO’s guidelines, but some even go beyond them with respect to their vaccination policies. Critics claim that some of these policies amount to coercive and thus de facto mandatory vaccination.

With this in mind, there might be efforts undertaken in the coming future to charge Western leaders with COVID-related crimes, albeit of a different nature than those recommended against President Bolsonaro and from the inverse pretext. Instead of wanting to hold such leaders to account for failing to do enough to contain COVID-19, some forces might want to punish them for doing too much and allegedly overstepping their constitutional authority.

The exact legal specifics will differ by country, but there’s already very vocal support for this in some of them them among certain grassroots forces, especially in the US and Western Europe. They might not have enough legal representation to get a pertinent committee approved, let alone succeed in recommending charges and not to mention actually filing them to initiate a trial, but some highly publicized efforts might still be made. The overarching trend is that COVID-19 continues to be politicized, which distracts from effectively containing it.

0 thoughts on “Does Brazil’s Bolsonaro Deserve To Be Charged For His COVID Policies?”