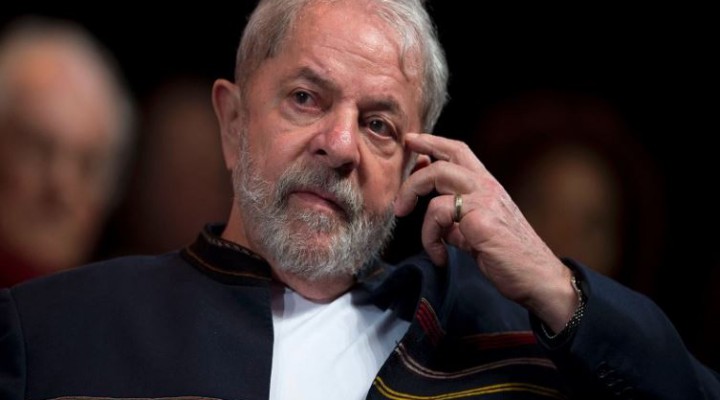 Lula and Bolsonaro are striking exceptions to the oversimplification of contemporary leaders in the New Cold War either being unipolar liberal-globalists or multipolar conservative-sovereigntists since the first can be described as a multipolar liberal-globalist while the second was a unipolar conservative-sovereigntist. This is an admittedly imperfect assessment but one which nevertheless serves to make an important point: each leader has significant idiosyncrasies that complicate analyses of their foreign policy.

The return of Luiz Inácio Lula da Silva (popularly known as Lula) to the Brazilian presidency after Sunday’s run-off election is being interpreted by many as a victory for the world’s multipolar forces. This assessment is based on Lula’s independent foreign policy during his previous two terms in offices, which triggered the US into orchestrating “Operation Car Wash” against him and his successor as part of that declining unipolar hegemon’s Hybrid War on Brazil. His eventual replacement with Jair Bolsonaro was interpreted as a defeat for the world’s multipolar forces, ergo why his re-election is seen as a victory.

The reality is that everything is a bit more complicated than the above oversimplification, which admittedly appeared valid up until recently. Bolsonaro was indeed only able to get elected because he emerged as a so-called “dark horse” candidate after the US’ Hybrid War on Brazil discredited the existing political class and thus made his country’s people hungry for a Trump-like change. It’s also true that he’s ideologically aligned with the former US leader, especially in terms of his vehemently pro-Israeli sympathies and conservative domestic outlook, but that’s where the similarities between them end.

Upon entering office, Bolsonaro failed to fulfill his anti-Chinese campaign pledges and also defied the US’ demands that Brazil comply with its anti-Russian sanctions following the latest phase of the Ukrainian Conflict that began on 24 February. Evidently, this “dark horse” wasn’t going to let any US president ride him. To the contrary, Bolsonaro continued to push ahead with policies that he and his team were convinced advanced Brazil’s objective national interests as they understood them to be. While differing from Lula on sensitive issues like Venezuela, he aligned with him on others like Russia.

This surprising foreign policy outcome led to five intriguing observations. First, despite Bolsonaro’s rise to power being orchestrated by the US, he ultimately wasn’t its pawn. Second, the commonality of interests that he shared with his patron was more the result of his ideological outlook occasionally aligning with that country’s policies than anything else. Third, the basis of that selfsame outlook was his sincere belief in sovereignty as he understood it to be. Fourth, this was responsible for some foreign policy rifts with the US. And finally, Bolsonaro thus had his own brand of multipolarity.

As for Lula, there’s no doubt that he too is also a vehement believer in multipolarity, albeit as understood from his own ideological perspective. Where he differs from Bolsonaro is that the former is more liberal-globalist while the latter is much more conservative-sovereigntist. To explain, the ideological dimension of the New Cold War can be simplified as the struggle between unipolar liberal-globalists (ULGs) and multipolar conservative-sovereigntists (MCS). Each of their three associated characteristics was briefly touched upon here, which will now be summarized.

Lula and Bolsonaro are striking exceptions to these simplifications since the first can be described as a multipolar liberal-globalist while the second was a unipolar conservative-sovereigntist. This is an admittedly imperfect assessment but one which nevertheless serves to make an important point: each leader has significant idiosyncrasies that complicate analyses of their foreign policy and thus explain why they’re both striving to balance between the US-led West’s Golden Billion and the jointly BRICS- and SCO-led Global South of which Brazil is a part.

Beginning with Bolsonaro who served during the most crucial stage of the New Cold War thus far, he’s regarded as sympathizing with the spirit of the US’ unipolar leadership but still wanted to defend his country’s traditional socio-cultural values from the Democrats’ attempts to erode them, to which end he sought to strengthen certain aspects of Brazil’s domestic sovereignty. Lula, meanwhile, is more openly sympathetic to multipolarity than Bolsonaro is but shares the US’ ruling Democrat elites’ hyper-liberal views. He’s also very friendly with the globalist World Economic Forum, which Bolsonaro despised.

This insight very strongly suggests that Lula’s foreign policy will indeed be as balanced as he signaled back in May. On the one hand, he’ll almost certainly continue the BRICS-friendly course that he initially pioneered and which Bolsonaro continued to his credit, but the returning leader will probably also improve Brazil’s relations with the Golden Billion due to their similar hyper-liberal ideologies. That would be a pragmatic geostrategic outcome in principle similar in a sense to what India’s successfully managed to do, but the domestic consequences might end up further sharping domestic divisions.

It of course remains to be seen how this scenario unfolds in practice, but Lula is a diehard ideologue who fervently believes in his views and is thus extremely passionate about implementing them. He’s also just tasted historical justice after returning to the presidency following his scandalous ouster by the US as a result of that declining unipolar hegemon’s Hybrid War on Brazil that was orchestrated as punishment for his independent foreign policy. These factors complicate predictions about his policies since part of him might want to oppose the US out of principle while another part curiously finds himself aligned with it.

The multipolar part of Lula’s admittedly oversimplified geostrategic identity places him on the opposite side of the US in the New Cold War, while the liberal-globalist one puts him firmly in that declining unipolar hegemon’s camp. By contrast, the unipolar part of Bolsonaro’s similarly oversimplified geostrategic identity led to predictions that he’ll always side with the US no matter what, but the conservative-sovereigntist one resulted in him defying that hegemon’s demands on sensitive foreign policy issues connected to China and especially Russia.

This insight suggests that the more domestically focused aspects of these leaders’ worldviews, their liberal-globalist and conservative-sovereigntist ones respectively, might ultimately be more influential than their preferred model of International Relations. That paradoxical observation might thus lead to some surprising policies by Lula similar in spirit to the ones associated with Bolsonaro’s time in office, albeit potentially with different geostrategic outcomes. For these reasons, it’s premature to confidently predict this returning leader’s foreign policy in the tense New Cold War context that he finds himself in.