HOME / Multimedia / Aleida Guevara, Daughter of Che, Internationalist Doctor: ‘I Do It Because I’m Cuban’ 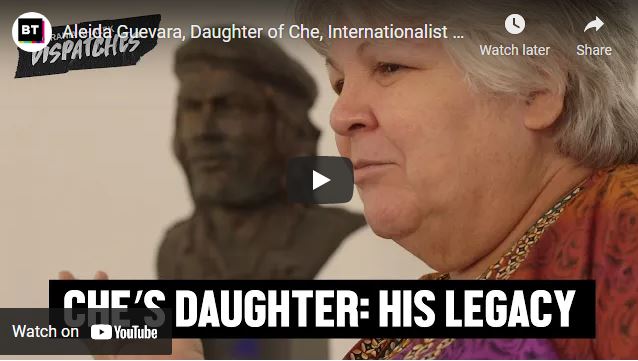 Rania Khalek sat down with Aleida Guevara, the daughter of Ernesto “Che” Guevara, in Havana, Cuba.

They discussed Che’s legacy, his impact on her decision to become a doctor, her earliest memories about his personality in the home, how people treated her after his death, her time serving in Cuba’s revolutionary medical missions in Nicaragua, Venezuela and Angola, how the US blockade harms Cuba’s socialist healthcare system, and more.

What’s it Like For a U.S. Citizen Studying Medicine in Cuba For Free?

How Cuban Socialism Survived Against the Empire Next Door, w/ Prof. Helen Yaffe

0 thoughts on “Aleida Guevara, Daughter of Che, Internationalist Doctor: ‘I Do It Because I’m Cuban’”