How Cuban Socialism Survived Against the Empire Next Door, w/ Prof. Helen Yaffe 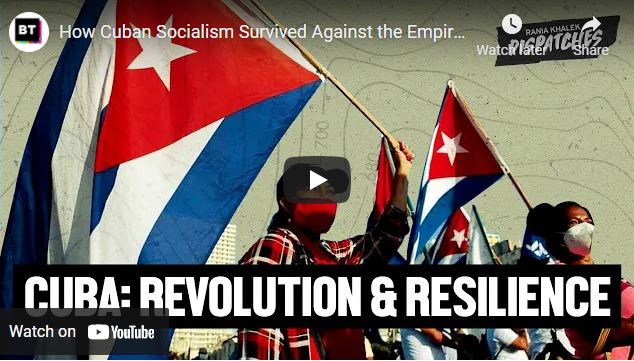 The U.S. government has tried to destabilize the tiny island nation of Cuba for 60 years all as punishment for Cuba daring to have a revolution and forge a path independent of U.S. capitalism. Yet Cuba has survived, and even thrived, most recently developing its own highly effective COVID vaccine while dispatching doctors around the world.

How did Cuba keep the revolution alive even as socialist projects in other Global South countries failed with the collapse of the Soviet Union? What was the role of individuals like Che Guevara in laying the foundation for all of this? What are Cuba’s greatest challenges today?

Rania Khalek is joined by Helen Yaffe, a lecturer in economic and social history at the University of Glasgow and author of “We Are Cuba! How a Revolutionary People Have Survived in a Post-Soviet World.”

0 thoughts on “How Cuban Socialism Survived Against the Empire Next Door, w/ Prof. Helen Yaffe”