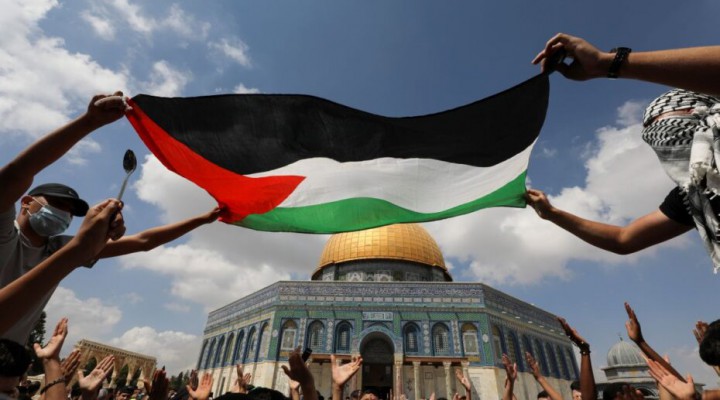 Israel’s impunity has been crafted by the UN, in a parallel manner to how the UN facilitated Palestine’s territorial loss, Ramona Wadi writes.

Yet another non-binding UN General Assembly has passed, granting Palestinians permanent sovereignty over their natural resources, even as Israel has absolute dominion over their territory. The draft resolution, titled “Permanent sovereignty of the Palestinian people in the Occupied Palestinian Territory, including East Jerusalem, and of the Arab population in the occupied Syrian Golan over their natural resources,” is a perfect example of how the UN glosses over Israel’s colonial violence by refusing to take action, preferring to enact non-binding resolutions which do nothing to protect the Palestinian people’s political rights and their territory.

The resolution demands Israel ceases its exploitation and theft of Palestinian land, while noting all other Israeli violations on Palestinian territory, such as the Apartheid Wall, settlement expansion, destruction of Palestinian infrastructure, as well as the impact of Israel weapons in Gaza. With the passing of such a detailed resolution, it would stand to reason that the UN takes measures against Israel’s colonial violence, rather than call upon Israel to halt its damage. The latter is a futile request, and the UN knows Israel will not abide by the non-binding resolution, in which case it is pertinent to ask why the international institution keeps score of each violation only to mete out some symbolic recognition of Palestinian rights which has so far failed to translate into political value for the Palestinian people.

Palestine’s Permanent Observer to the UN Riyad Mansour described the resolution as confirming the international community supporting full rights for Palestinians. Similarly the Palestinian Authority’s Foreign Minister Riyad al-Maliki declared that the resolution affirmed Palestinian people’s rights over their territory and called upon the UN to implement international resolutions. Which is where Palestine, as usual, will hit a dead end. The UN’s complicity in Israel’s colonial expansion is the primary reason why non-binding resolutions have taken the place of political resolution for Palestinians.

Does the UN need reminding of how it failed Palestinians since the passing of the 1947 Partition Plan? Or of how its defence of Israel’s security narrative directly ties in to the Palestinian people’s experience of loss, to the point that non-binding resolutions are necessary to remind the world that Palestinians have political rights? Only the periodic reminders mean nothing if the UN refuses to face Israel’s war crimes and international law violations.

Unfortunately, the PA has long supported this disastrous status quo, in which the gap between non-binding resolutions and Israel’s expansion is becoming irreconcilable.

EU diplomats recently visited occupied East Jerusalem, in a visit organised by the Israeli non-governmental organization Ir Amin. The NGO explained the consequences of Israel’s settlement expansion, including forced displacement and the rupture between Palestinian villages and Jerusalem, which is Israel’s next aim.

Yet, at an international level, Israel’s violations are considered separately, with barely ever a connection between one violation and its precedents. If the UN was truly against human rights violations, it would put its research to good use, as well as consistently draw attention to the fact that the earlier colonization process is ongoing.

The PA is also guilty of the same process, preferring to focus on each violation separately rather than take into account how Israel’s actions are collectively contributing to Palestine’s territorial loss.

While shedding light on the cumulative effect of Israel’s violations, the recent UNGA non-binding draft resolution holds no sway over international chastisement of Israel, let alone enforcing punitive measures. Israel’s impunity has been crafted by the UN, in a parallel manner to how the UN facilitated Palestine’s territorial loss. The resolution is no cause to celebrate; rather it is an affirmation of how the international community’s complicity resulted in these belated affirmations that do nothing to reinstate the Palestinian people’s political rights.