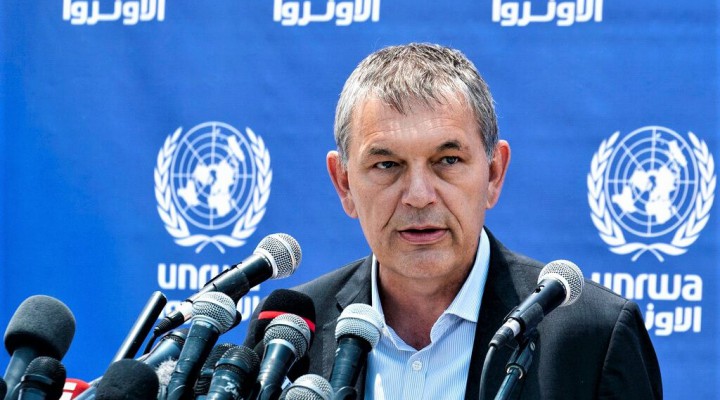 With no political solution to the Palestinian refugee question, UNRWA’s purportedly apolitical and humanitarian mandate is being exploited by its donors.

Towards the end of 2018, the United Nations Relief and Works Agency for Palestine Refugees (UNRWA) declared it was facing its biggest financial crisis after former US President Donald Trump decided to withdraw funding. As the “Deal of the Century” took precedence, so did the elimination of the Palestinian right of return in US policy. To support its scheme, the US supplemented its decision by taking practical steps to end Palestinian refugee status by attacking UNRWA financially.

President Joe Biden restored a fraction of aid for UNRWA. At US$150 million, the contribution is less than half of what the agency received prior to the Trump Administration’s funding cuts and is still not enough to cover UNRWA’s services, which remain far from fulfilling any promise of autonomous living for Palestinian refugees.

Yet, another warning issued by UNRWA’s Commissioner-General Philippe Lazzarini illustrates how the agency is facing another crisis after the UK, its third-largest donor, decided to slash its annual financial contribution by almost 50 percent in 2021, from US$57 million to US$28 million. Gulf countries are also reducing their contributions to UNRWA. From US$200 million in 2018, this year’s offer decreased to US$20 million.

While still facing the repercussions of 2018, UNRWA’s budget this year fell short of US$100 million.

While still facing the repercussions of 2018, UNRWA’s budget this year fell short of US$100 million, prompting Lazzarini to criticize the agency’s funding methods as unsustainable and an “existential threat.” UNRWA’s dependency upon donors means that its budget can fluctuate depending on individual contributions. Lazzarini is now seeking US$800 million to keep UNRWA afloat so it can continue providing its services for Palestinian refugees.

Throughout the Trump presidency, UNRWA was selectively attacked in the context of Palestinian refugees. Its own misconduct and mismanagement, which involved UNRWA top-level officials, were thrust into the spotlight as reasons why funding should be withheld. As a result, any criticism of UNRWA could be misinterpreted as aligning one’s political opinion with US policies against the agency and Palestinian refugees.

While the pressing concern at the time was to keep the agency afloat to provide Palestinian refugees with basic necessities, the opportunity to highlight UNRWA’s existence in terms of politics, rather than humanitarian aid, was lost. Lazzarini stated, “It is not UNRWA that is perpetuating refugee statehood. Refugee statehood is perpetuated by the absence of a political solution, and there is no Palestinian, I promise you, that wants to remain a refugee after such a long time.”

UNRWA may not be intentionally perpetuating refugee statehood, but it is operating from within a political system that prioritizes Israel’s settler-colonial expansion. The agency remains complicit in rendering Palestinians as refugees due to the UN’s Partition Plan of 1947 and the subsequent recognition of the emergent colonial state.

When Lazzarini called UNRWA “irreplaceable,” the connotations go far beyond its existence as an agency catering to Palestinian refugees’ needs. The UN General Assembly’s Resolution 302 (1949) mandated UNRWA to provide humanitarian assistance and determined that UN members make voluntary contributions to the agency to enable its functioning.

Meanwhile, a year had already passed since the UN General Assembly issued Resolution 194 (III) in 1948, which shifted responsibility upon the Palestinian people for their right of return, as seen in Article 11. As a result, Palestinians remained shackled by the international community’s concept of return – one that required them to accept colonization and international intervention for its implementation.

Without the implementation of the Palestinian right of return, UNRWA’s mandate was regularly renewed. Currently, UNRWA is mandated to provide assistance to Palestinian refugees until 2023.

UNRWA’s renewed mandate, while necessary, should also serve as a reminder that the international community is far from concerned with a solution for Palestinian refugees. The colonial framework from which UNRWA operates mirrors Israel’s definition of a temporary but exceptional situation. This is nothing but a euphemism for permanent colonial presence in Palestine and, as a result, perpetual refugee status for Palestinians.

The UN’s investment in its humanitarian paradigm is central to the Palestinian refugees’ divestment of political rights. One of the main repercussions of the 1948 Nakba was the Palestinian people’s displacement. Palestinian refugees in host countries have had to navigate a fine line between survival and ensuring that their acceptance of UNRWA’s aid, which they viewed as a political right resulting from injustice, would not infringe upon their right to return to Palestine.

Is the agency filling a gap in the humanitarian paradigm created by the UN in the absence of a political solution for Palestinian refugees?

Pertinent questions need to be asked. If the international community has no intention of implementing the Palestinian right of return, what is UNRWA standing for? Is the agency filling a gap in the humanitarian paradigm created by the UN in the absence of a political solution for Palestinian refugees? In that case, UNRWA’s mandate, while necessary, is also an infringement upon the Palestinian people’s political right to return to their land.

Funding for UNRWA is also becoming conditional. This year, UNRWA signed a Framework for Cooperation agreement which conditions financial assistance to the agency upon neutrality. UNRWA has recurringly insisted its humanitarian work is apolitical. The agreement forces restrictions upon UNRWA’s staff, the majority of whom are Palestinian, to refrain from engaging politically. US funds, therefore, have become a security framework, and politicize the agency while requesting that UNRWA stays out of politics.

Likewise, the EU Parliament has also conditioned funds for UNRWA against a revision of its school textbooks which allegedly contain “anti-Israel rhetoric.” For the €20 million to be released, UNRWA has also been conditioned to include the two-state paradigm in its textbooks. Again, UNRWA is expected to act politically if its actions bolster the international community’s diplomatic intentions. In this case, to promote the two-state politics is to promote the humanitarian paradigm because its implementation will not include the Palestinian right of return.

Providing services is different from compensating for the loss of political rights. UNRWA’s role is indispensable, but its mandate is being exploited. The agency is not mandated to act politically, yet it can be coerced into alignment with colonial domination. Indirectly, UNRWA is promoting the permanence of Palestinian refugees in return for financial assistance to continue its services and ensure its own survival. With funds dwindling and its main donors conditioning financial assistance upon foreign policy objectives, UNRWA will have a difficult time articulating its purported neutral stance.