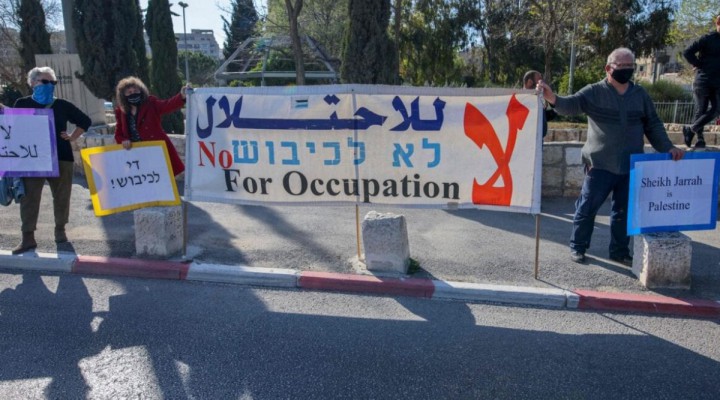 The American Jewish Committee (AJC) is spearheading an initiative ahead of the 76th session of the UN General Assembly, urging governments and diplomats to reject the so-called anti-Israel bias at an international level. Through the Brussels-based Transatlantic Friends of Israel (TFI) which was founded in 2019, 313 lawmakers from Europe and North America have so far become signatories to a statement that calls upon the UN to treat Israel as it would any other state.

“Israel deserves attention and scrutiny, as does every other nation. But it also merits equal treatment – nothing more, nothing less,” the statement partly reads. The initiative calls for rejection of “anti-Israel resolutions”, eliminating Agenda Item 7 from the UN Human Rights Council, and abolishing committees and initiatives which single out Israel.

But if the UN itself has placed Israel – a settler-colonial enterprise – above other countries, the only purpose for Israel’s scrutiny at an international level is to deflect attention away from complicity and accountability.

Contrary to what Israel’s allies might allege, the UN has long lost credibility not because of the purported anti-Israel bias, but due to its inherent corruption. With regard to Palestine, the UN boasts a record of ignoring Palestinian demands in order to accommodate the Zionist settler-colonial project. The UN abandoned any pretence of upholding human rights through its support of Zionist colonisation and the refusal to hold Israel accountable not only for the original ethnic cleansing of Palestine, but also for the ongoing dispossession which rendered Palestinians permanent refugees even in their own land.

Some EU diplomats have elaborated upon their support for TFI’s initiative. Greek MEP Anna Michelle Asimakopoulou, for example, urged “EU member states and other democracies to follow the United States’ example and vote against these one-sided UN resolutions that unfairly target Israel.”

On the contrary, Israel is favourably received at an international level. The emphasis Israel’s allies place on non-binding resolutions has scant effect on diplomacy. Countries voting against Israel when it comes to UN resolutions have not suspended their economic or diplomatic ties with settler-colonialism and its violence, proving how ineffective the UN is when it comes to consistency in terms of politics and human rights. When Israel decides it is time to test its weapons on Gaza, UN resolutions are swiftly swept aside to accommodate Israel’s security narrative. On Palestinian dispossession, the international community takes it no further than humanitarian aid for Palestinian refugees in return for the forced relinquishing of land rights and return.

The only way UN resolutions can be considered one-sided is due to the loss of Palestinian narratives in the process. The UN’s abandonment of Palestinian historical trajectories renders UN resolutions not only ineffective but also useless. Israel’s “bias” claims just because the settler-colonial enterprise is named in the resolutions is a superficial complaint. Through the alleged “anti-Israel bias” at an international level, the Palestinian people have been coerced into losing their political rights. In this regard, the UN’s bias is decidedly pro-Israel and warrants a change. A shift from the empty proclamation of Palestinian rights to a historical reckoning as the first step to decolonise Palestinian land.