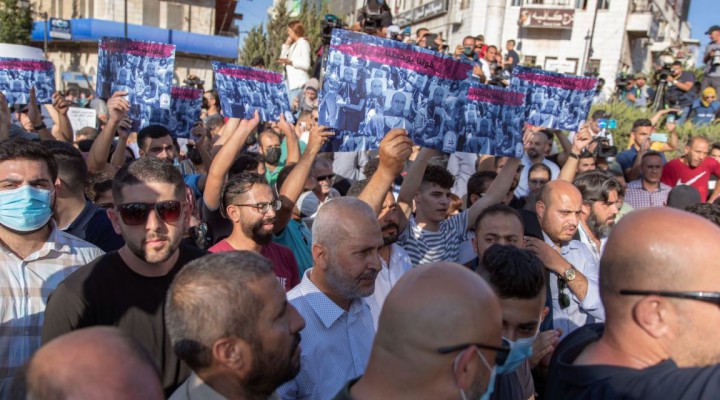 The Palestinian Authority’s reliance on Israel and international impositions such as peace initiatives and conferences is significantly undermining the hope of Palestinian independence.

As the Palestinian Authority (PA) continues its political battle for influence, the echelons in Ramallah have come up yet again with the unoriginal concept of organizing an international peace conference to restart diplomatic negotiations. The PA seeks to advance its security coordination with Tel Aviv as well. Yet these redundant efforts only entrench Israel’s leverage and relentless land grabs, while significantly undermining the Palestinian struggle.

The last few months have been eventful for the PA. Its latest security scheming with Israel is likely a futile endeavor as Palestinians show no sign of ceasing their demonstrations against the PA security services, which killed Palestinian activist Nizar Banat over the summer. Since cancelling the elections scheduled for May, PA leader Mahmoud Abbas has faced repeated calls to step down and a decline in popularity, leaving the US and Israel to scramble for means through which the PA can be economically fortified.

As a result, several concessions were agreed upon by Israeli Defense Minister Benny Gantz and Abbas, including a loan of US$155 million to the PA, 15,000 work permits for Palestinians to work in Israel, and resolving the residency status of 5,000 families in the occupied West Bank. The reasoning behind the offerings was to placate the Palestinian people to a point where security coordination runs smoothly. As an Israeli official close to Prime Minister Naftali Bennett stated, “This [was] a meeting that [dealt] with security issues. There is no diplomatic process with the Palestinians nor will there be.”

Gantz reiterated these assertions to military reporters, stating: “The stronger the Palestinian Authority is, the weaker Hamas will be. And the greater its ability to govern is, the more security we’ll have and the less we’ll have to do.”

In terms of the recent negotiations, the PA and Israel seem to be in agreement. Senior PA official Azzam al-Ahmed reportedly declared, “The Palestinians will not accept a situation where the US alone is in charge of the peace process in the Middle East.”

Not that the PA is averse to international diplomacy. In fact, the PA exists because of international donor funding, so it stands to reason that any diplomatic engagement would place foreign actors in a position of dictating which parameters the PA should pursue. Furthermore, Abbas has time and again suggested international peace conferences as if they were a novelty, causing incalculable detriment to Palestinian autonomy and independence, and politically binding Palestinians to the defunct two-state compromise.

There have been no lack of initiatives throughout the decades, purporting to pave the way for diplomatic negotiations based upon the two-state “solution.” Amidst it all, one main observation can be made: under the PA, Palestinian politics have been based on hypothetical goals, which have yielded no results in terms of a state, while Israel has furthered international political backing for its colonial land grab.

Two such examples from 2002, which the PA still refers to on occasions, are the “Roadmap for Peace in the Middle East” and the “Arab Peace Initiative.” Both endorse the fallacy of the Oslo Accords and rely upon vague hyperbole when it comes to the implementation of the two-state compromise even as Israel’s security narrative is asserted throughout.

In the US’ Roadmap for Peace in the Middle East, for example, the Palestinians are tasked with ending “terrorism.” “A two-state solution to the Israeli-Palestinian conflict will only be achieved through an end to violence and terrorism, when the Palestinian people have a leadership acting decisively against terror and willing and able to build a practicing democracy based on tolerance and liberty,” the text partly states.

Israel’s colonial violence, which is the reason Palestinian anti-colonial resistance exists, was of no concern to the Bush administration. Of particular note, however, is the concept of an international conference, that was to be convened by the Middle East Quartet, once elections were held, with the aim to establish “an independent Palestinian state with provisional borders.” In other words – a hypothetical Palestinian state with no political stability.

While at first glance, the Arab Peace Initiative appears to attribute responsibility to Israel, the plan is flawed on several counts as well. Its reference to the Palestinian right of return, as enshrined in UN General Assembly Resolution 194, endorses the UN’s approval of Israel’s colonization – it is incumbent upon the Palestinians to live “at peace with their neighbors” (not settler colonialists). The initiative also assumes an end to the “Arab-Israeli conflict” upon Israel’s full withdrawal from territories occupied since 1967, a solution to the Palestinian right of return, and the acceptance and establishment of a Palestinian state based on the 1967 borders. Still, neither of these clauses tackle the root issue of Israeli settler-colonialism.

Furthermore, the clause that establishes the normalization of relations with Israel “in the context of this comprehensive peace” has been completely discarded with the Abraham Accords brokered by former US President Donald Trump towards the end of his tenure. Arab countries normalizing relations with Israel is now on a par with what the international community had long established in terms of condemning “the occupation” and its violations, while ensuring its economic deals with Israel are negotiated on a different level – one which advocates for human rights rhetoric rather than implementation.

In its weakened state, the PA cannot hope to achieve a fragment of what Israel’s diplomatic allies have garnered. Had it not suited Israeli interests, there would be no concessions to slightly alleviate the Palestinian people’s hardships. Not to mention that the recent compromises come with a hefty price – fortifying security coordination between Israel and the PA.

For Abbas, security coordination may be simplified into surviving his illegitimate political rule. Israel, on the other hand, stands to gain more. Strengthening security coordination is an important factor when it comes to colonial land grab. With Palestinian resistance under tighter surveillance, not to mention arrests, imprisonment, torture, and even killings of individuals who threaten what Israel and the PA describe as “stability,” Israeli state and settler colonial violence faces less challenges on the ground.

The end result is the PA’s ongoing collaboration with Israel’s colonial expansion, as it restricts the Palestinian people’s freedom through security coordination. “We will not agree under any circumstances to a policy of managing the conflict,” PA official al-Ahmed asserted recently. But what is the PA doing, if not giving Israel and the international community a green light to manage not only “the conflict,” but also the PA’s political standing, at the expense of Palestinian land and lives?